As if getting kids in bed wasn't hard enough

keeping them in bed is just as difficult.

that's what happens in the story book 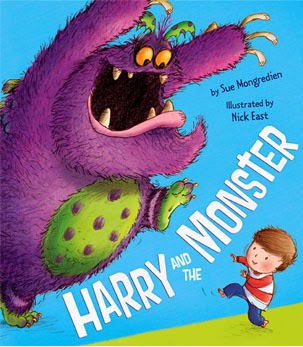 Shortly after Harry goes to bed one night, he wakes up from a nightmare.

A huge, hairy, purple monster stomps into his dreams and doesn't want to leave.

his parents tell Harry to imagine the monster with pink underpants on his head... 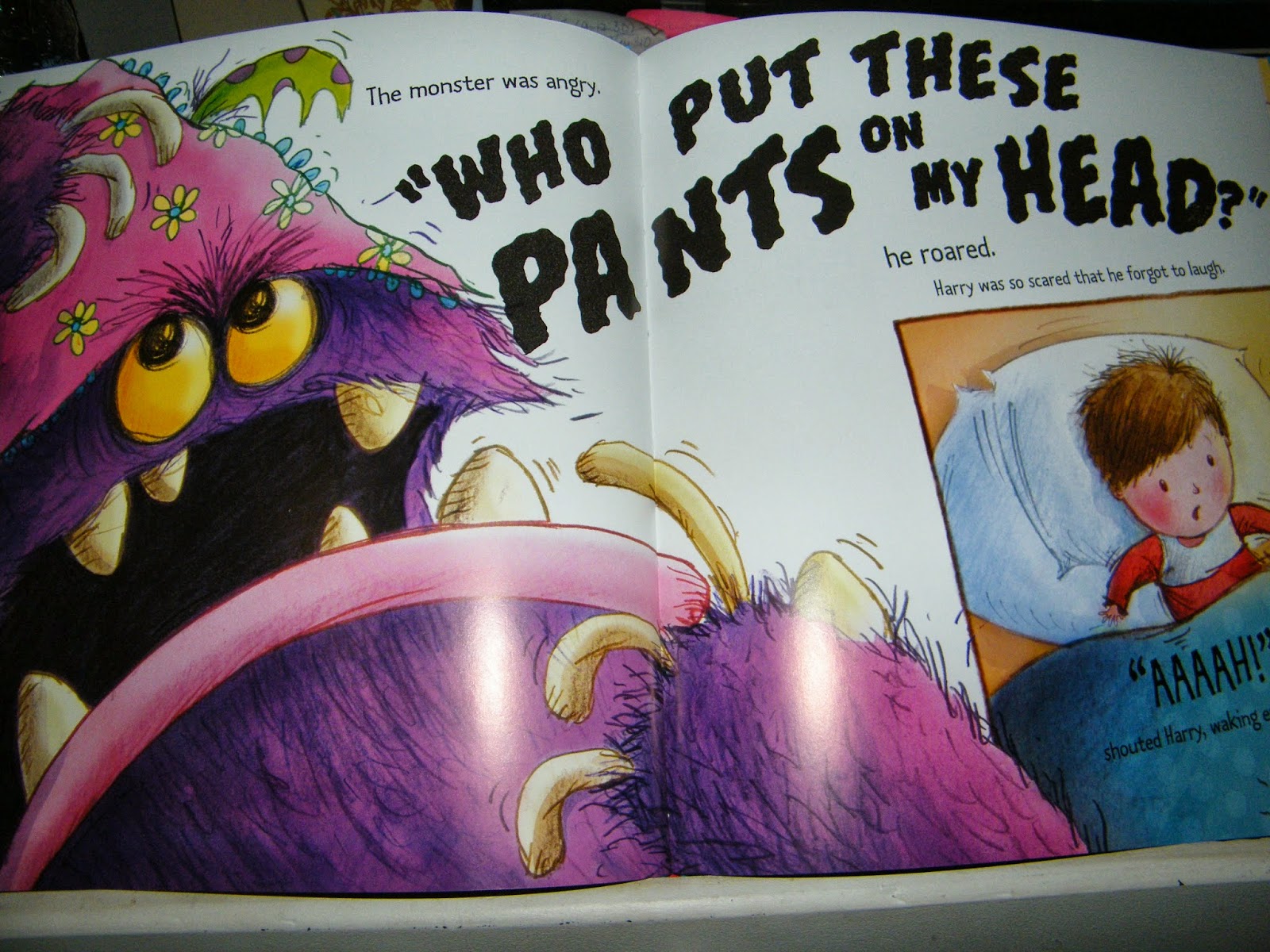 when that doesn't work, his mother suggests imagining the monster getting stuck in jelly,

but that doesn't work either.

eventually Harry's dad comes up with the best idea ever.

and Harry is no longer afraid of the Monster...

but the Monster is now afraid of Harry's mom. 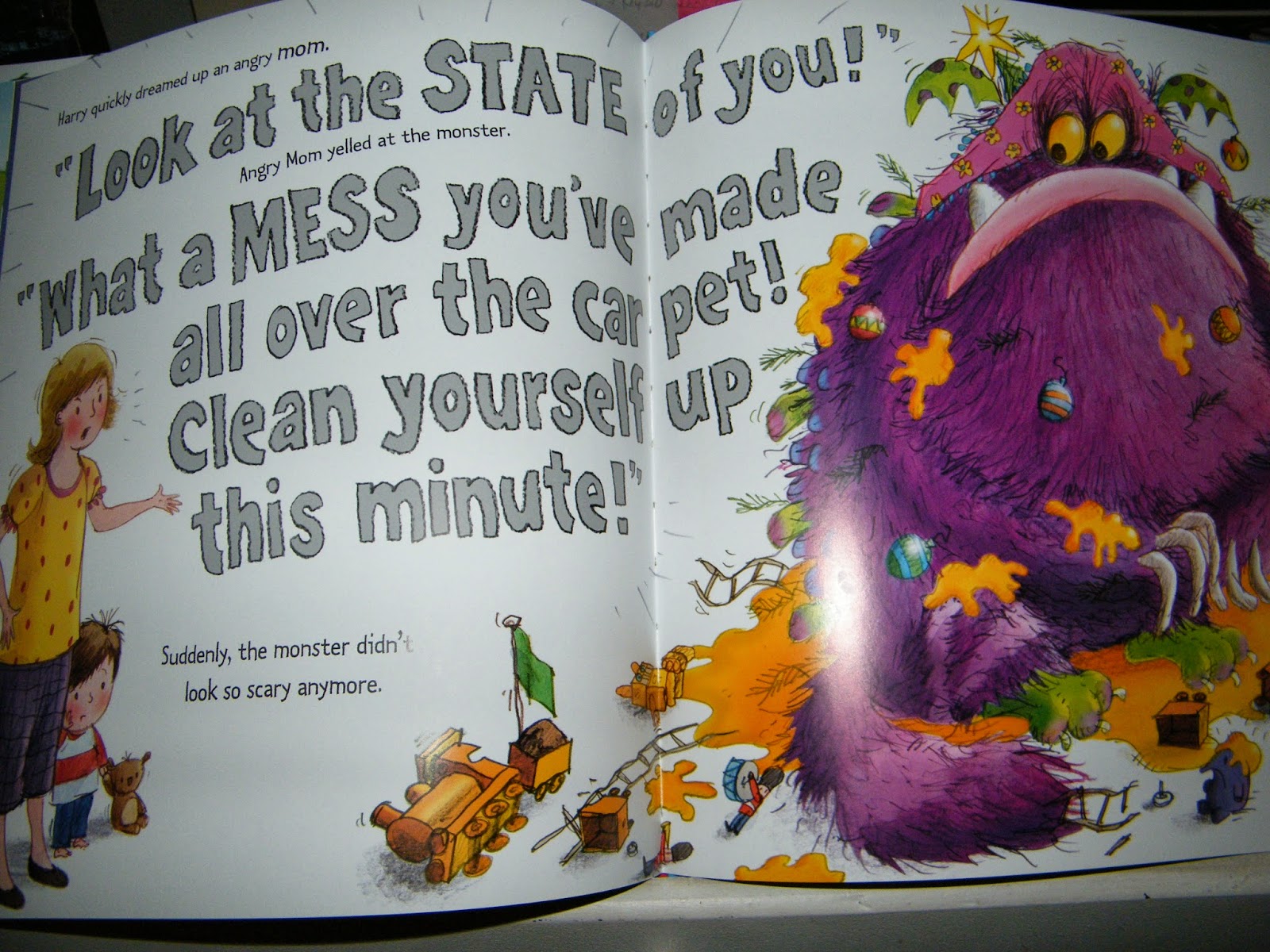 is a clever bed time story for parents who have little ones that don't like to go to bed.

The rich, colorful illustrations bring the words of this funny book to life.

a fun activity to incorporate with this book: let children fingerpaint their own scary monsters.
you can also let them glue sequins, stickers, pompoms, feathers and other odds and ends to their monsters.

or perhaps use a squishy, prickly bouncy ball stamped in paint and again glue some fun little confetti and odds and ends to the painting.

a fun way to let their imaginations chase their own little monsters away from their nightmares.

*Disclosure: I received a copy of this book for review purposes only.  The opinions herein are my own and were not influenced in any way.

Posted by Charlene Juliani at 10:58 PM