we (as in the hubs and pepaw) built the kids' play fort way back when amanda and anthony were toddlers.

since then it's moved from one house to another

been the scene of many accidents (including zach's broken arm)

many little army men have been sacrificed in the sandbox

it's been painted, torn down by the dog (long story) and reconstructed many times over

it's been a spy fort for the little boys

an overnight campsite for the twins

the swings have been replaced numerous times

it's been a staple in our backyard for many years

and just a simple source of entertainment (and abuse lol) for our kids.

this summer,
in the hopes of giving it - yet again - a little face lift, i decided to make a new canvas cover for it.

i was given some canvas fabric from a friend and i really didn't know what to do with it
there was a good bit of fabric, but it was leftover from previous projects.
even though what i was given was a lot, it was all cut up in various sizes.
in an effort to clean up some of my fabric stash (you know, so i could make room for more ;o)
i took all that canvas and cut it into squares, then i headed to the fabric store and bought some coordinating fabric and cut that into squares as well.

as i started piecing it together i realized i was going to need a lot more fabric, but i didn't want to spend any more money - so i headed to my closet and grabbed some old jeans that were way too big for me now that i lost weight and
i ripped those up and cut them into squares as well. 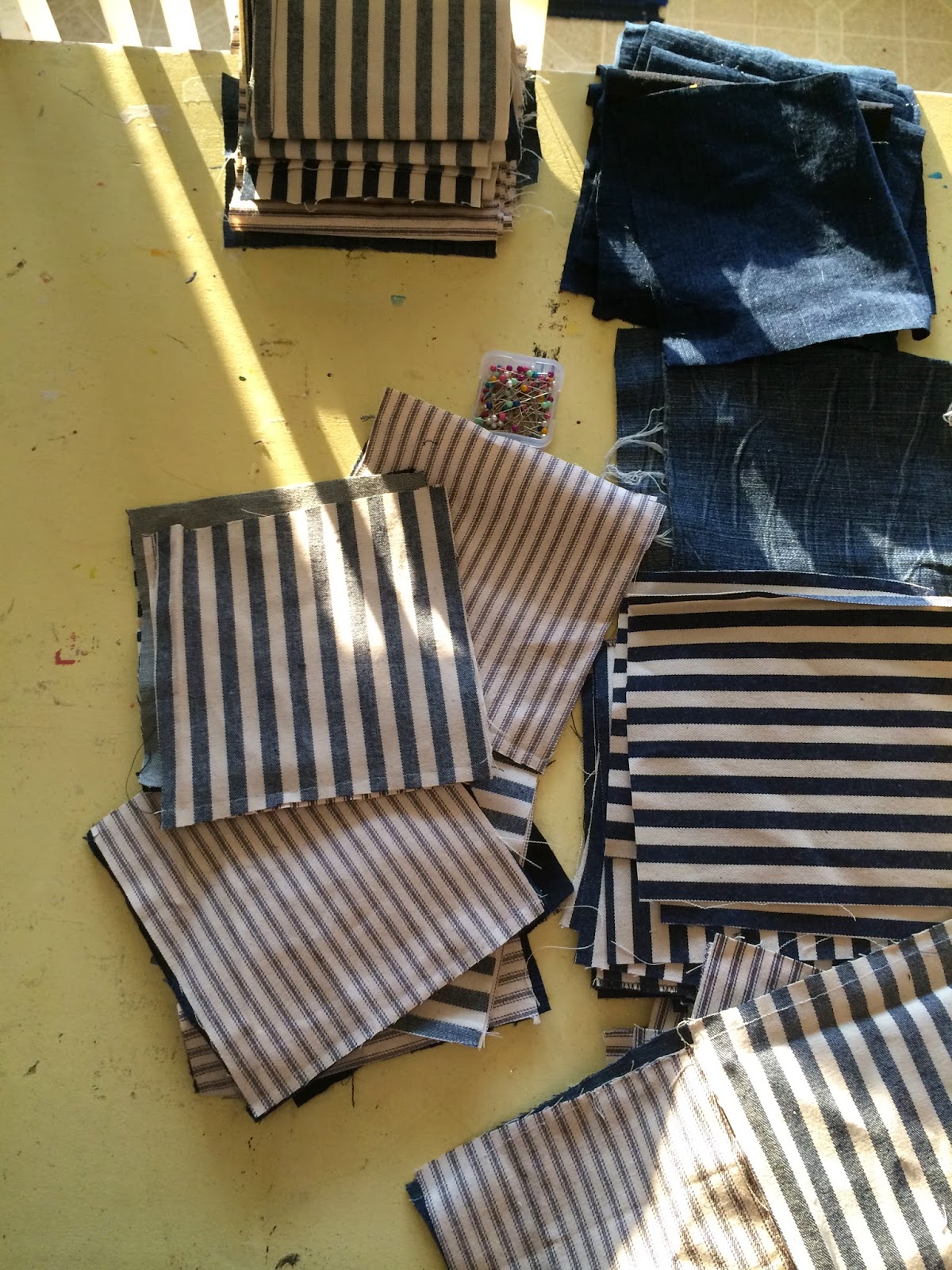 next, i just started sewing....and sewing 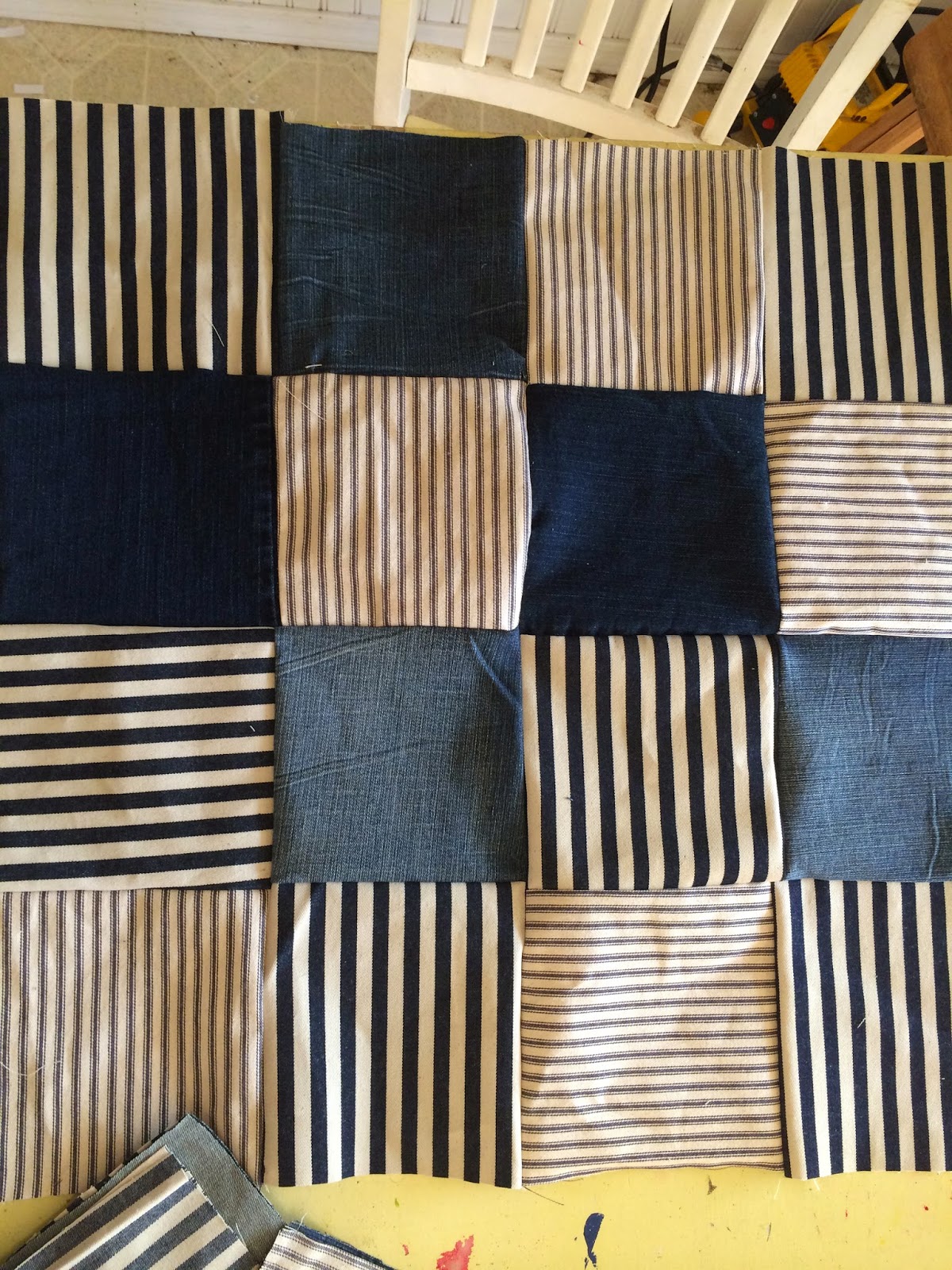 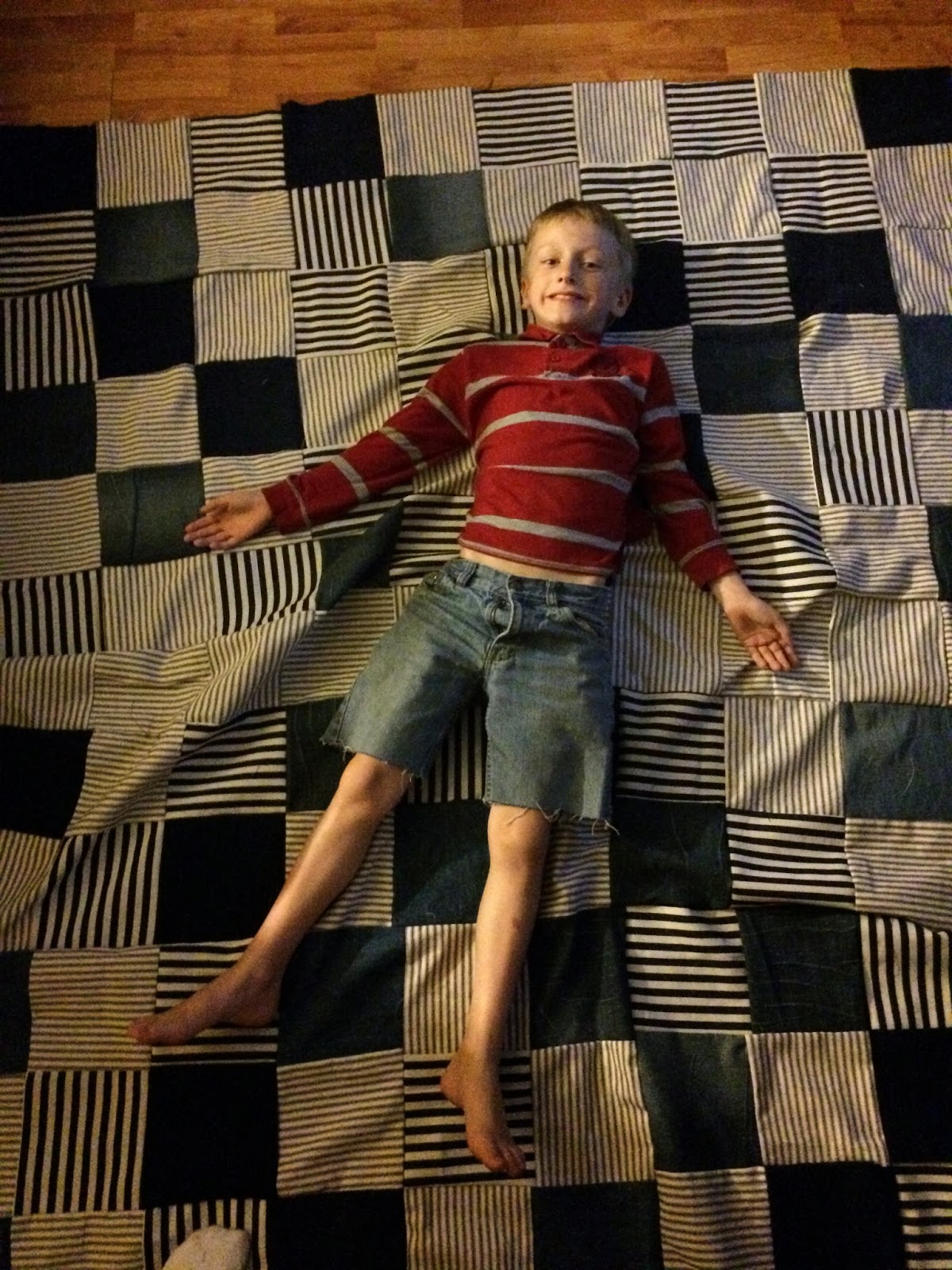 whenever i got tired of sewing, i painted the fort

i thought it would fun to paint a chalkboard on the wall.
so, i bought some chalkboard spray paint... 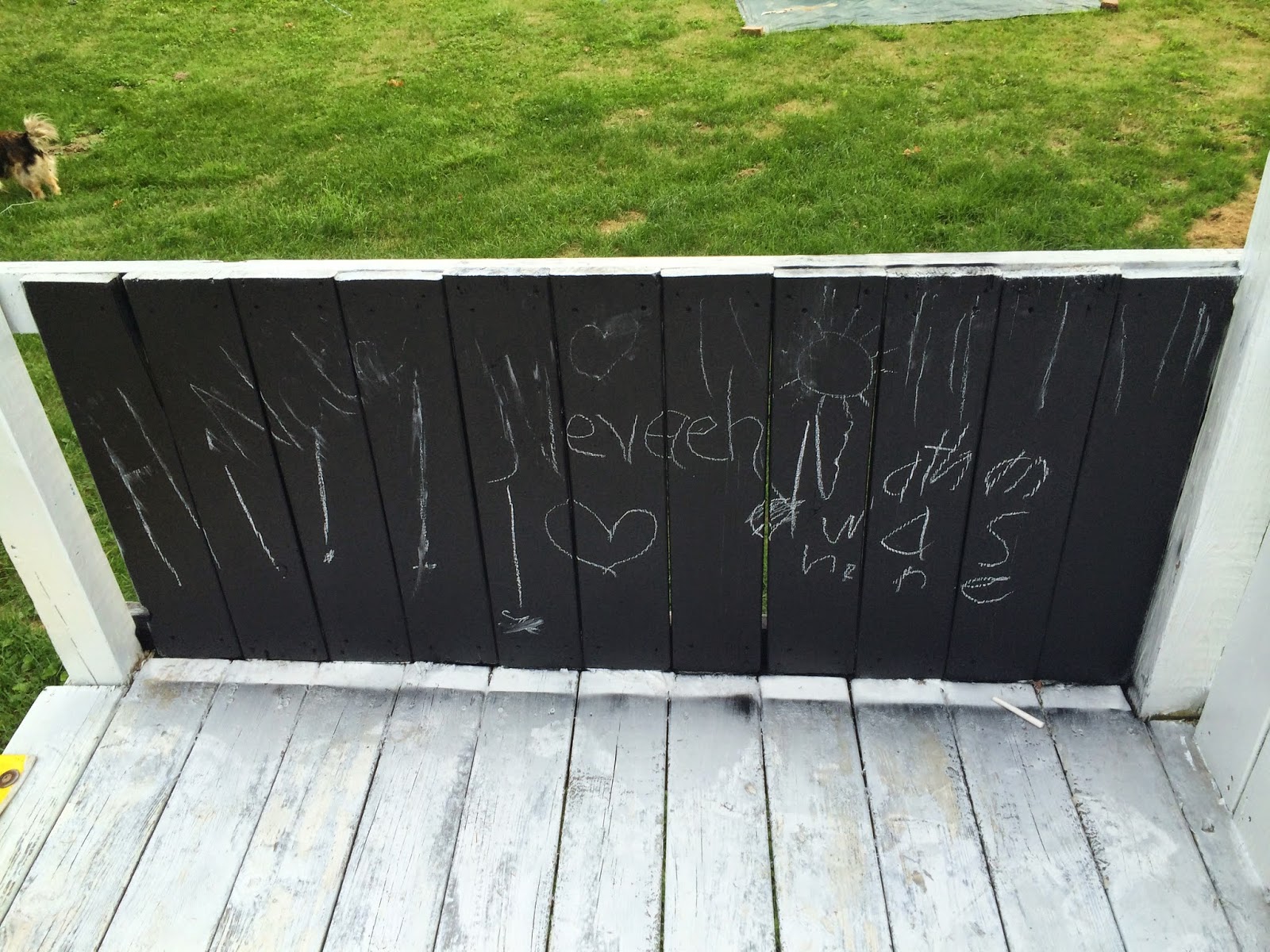 then, i painted the whole thing with a fresh coat of white paint - ok, so i confess, i still need to touch up here and there, but i have more plans in store, so i will - pinky swear - finish painting it at some point.

i painted the floor of the fort and the steps grey 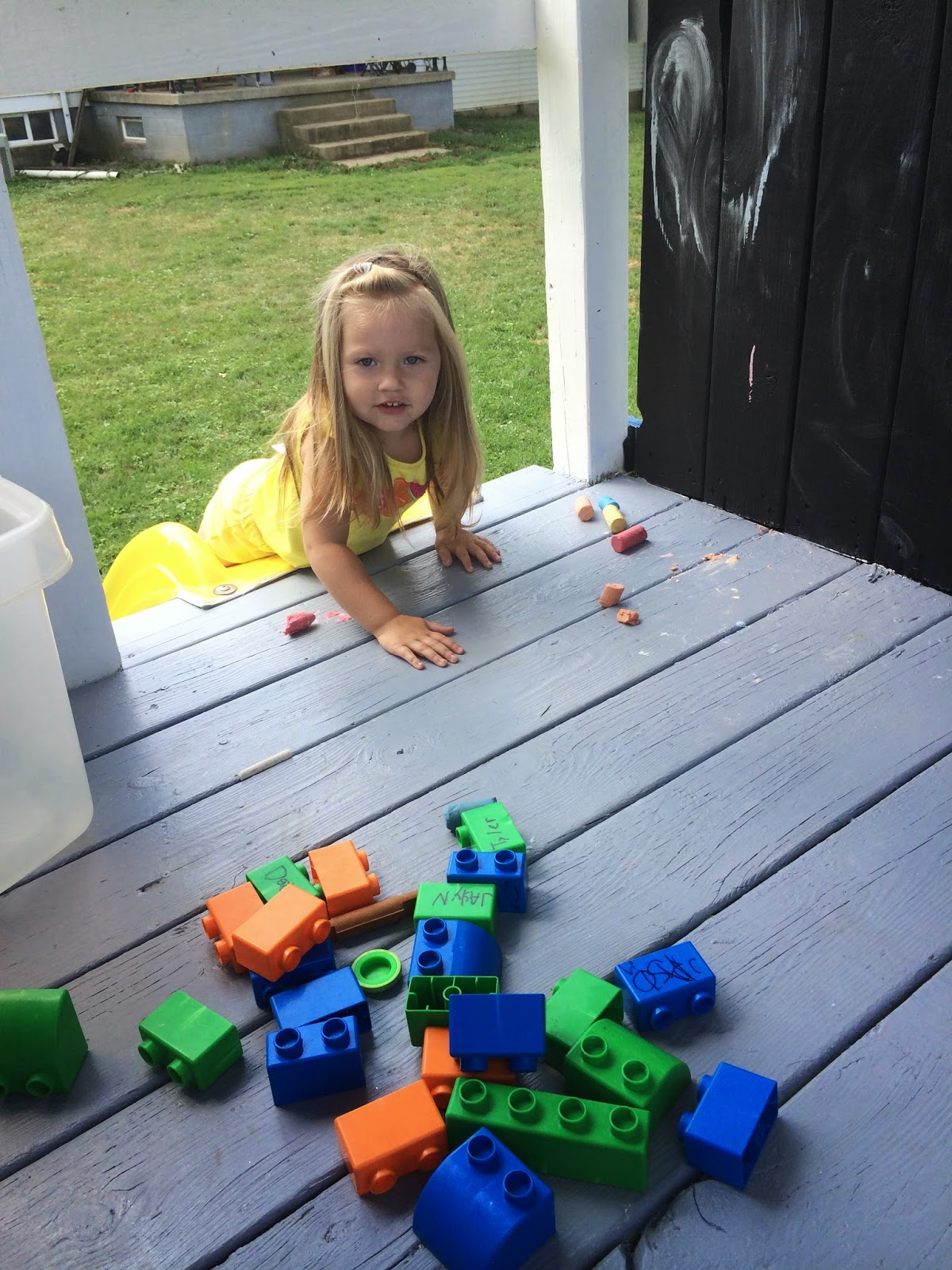 when i finished sewing the cover
i took some more jeans and trimmed around the edges and then cut them for a cute fringe trim. 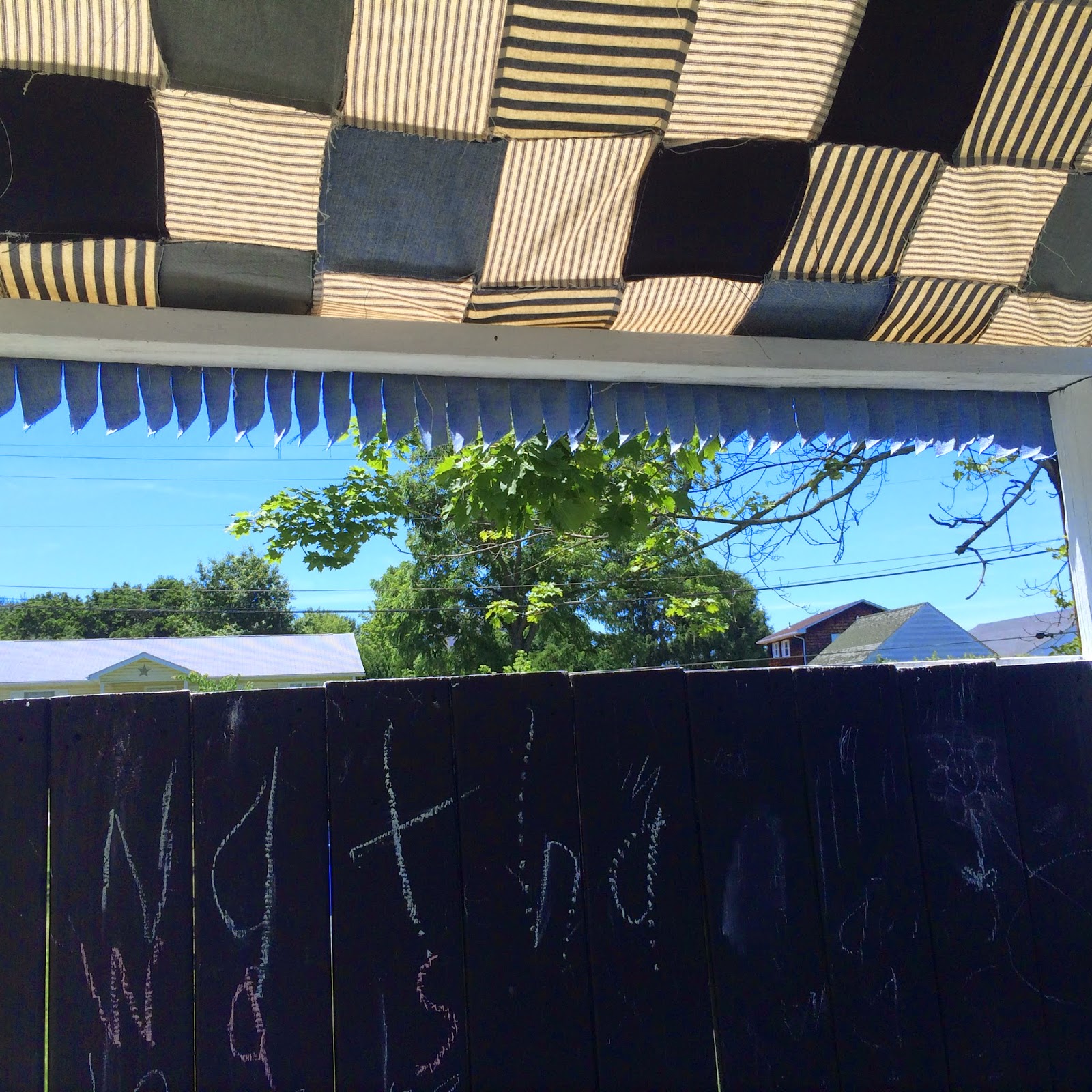 next, i took the top part of the jeans and made them into pouches for the kids to put chalk and other treasures inside.... 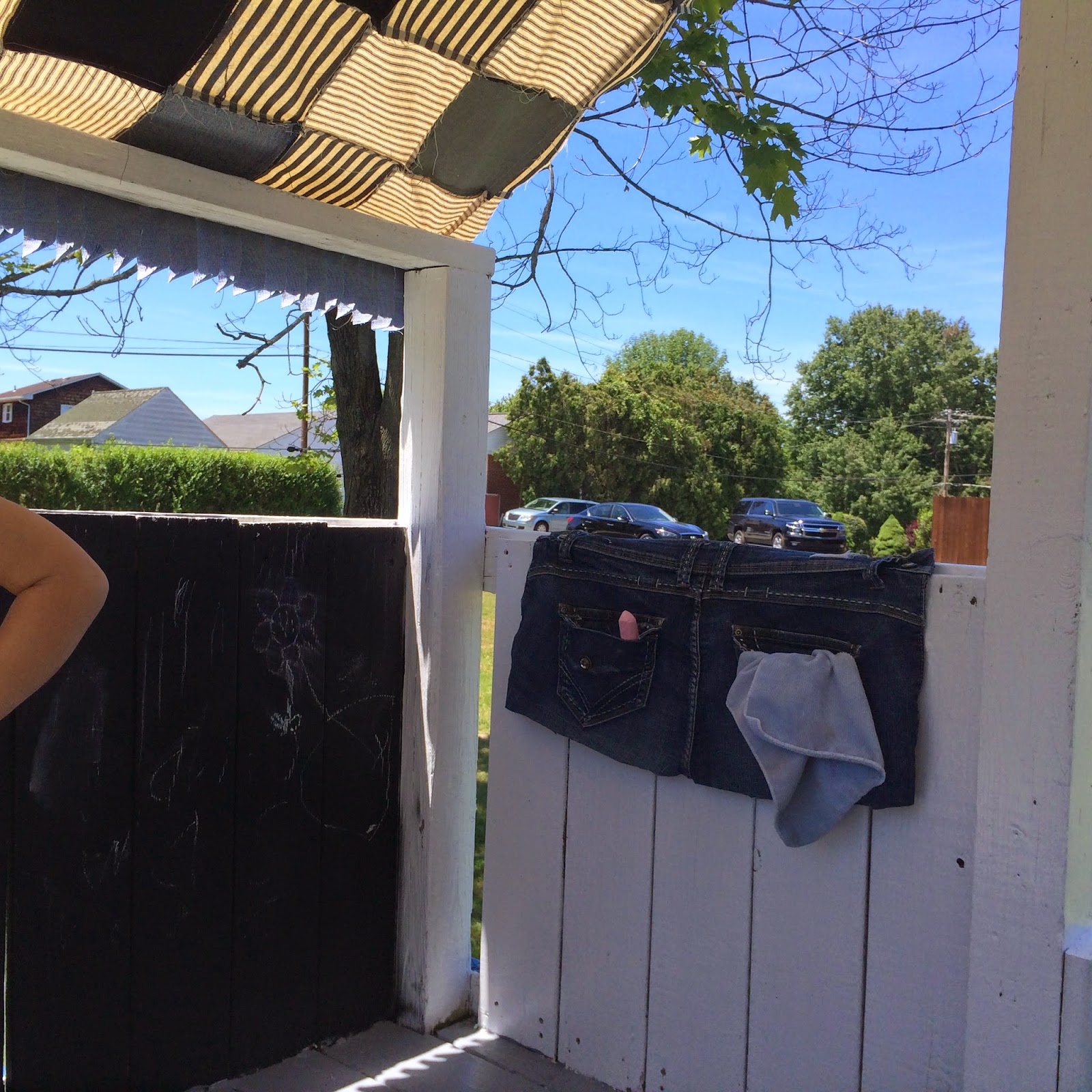 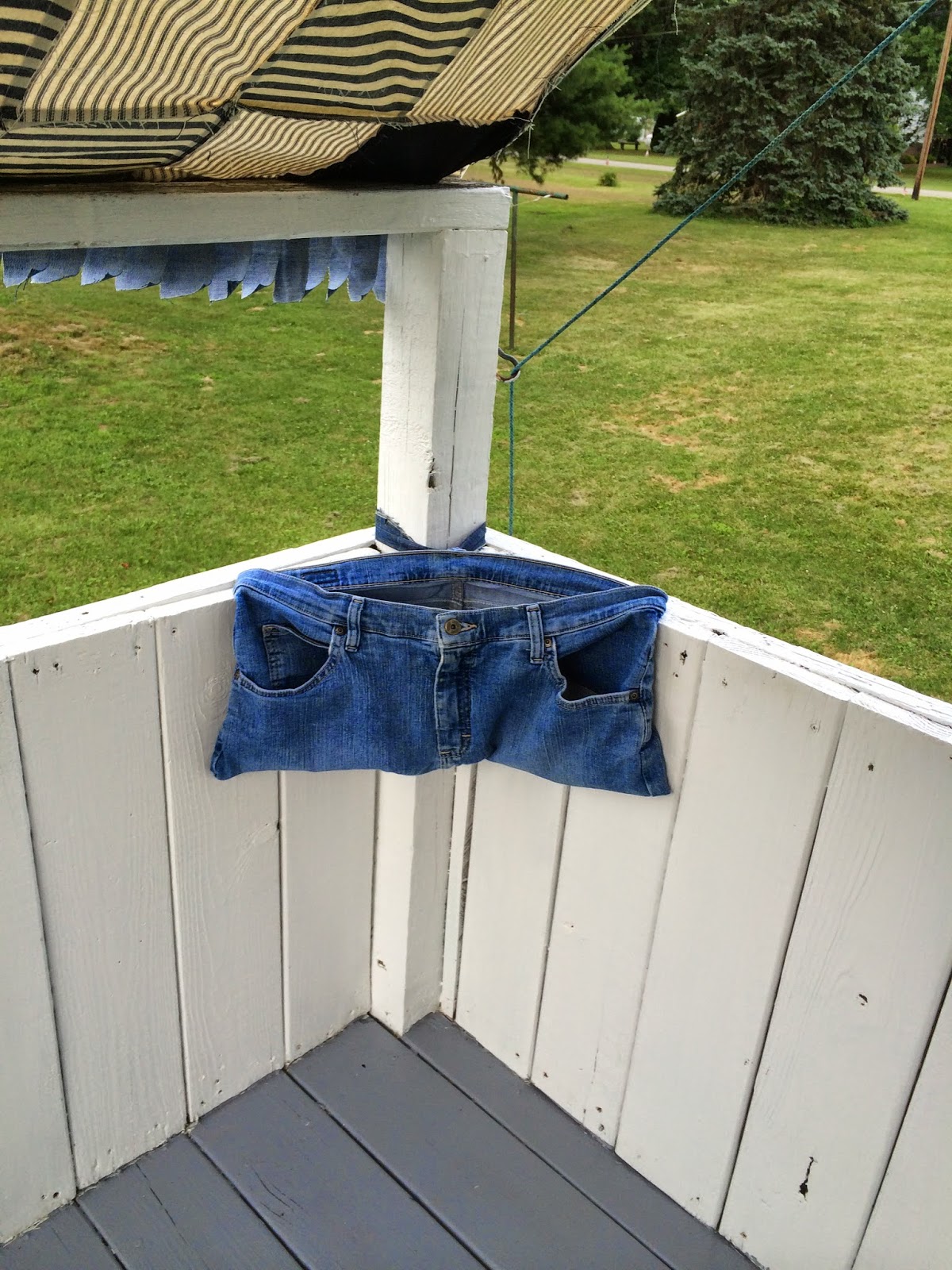 the end result....
(at least so far - i still want to spruce it up by painting the sandbox portion, adding new swings - yet again - and a few other odds and ends 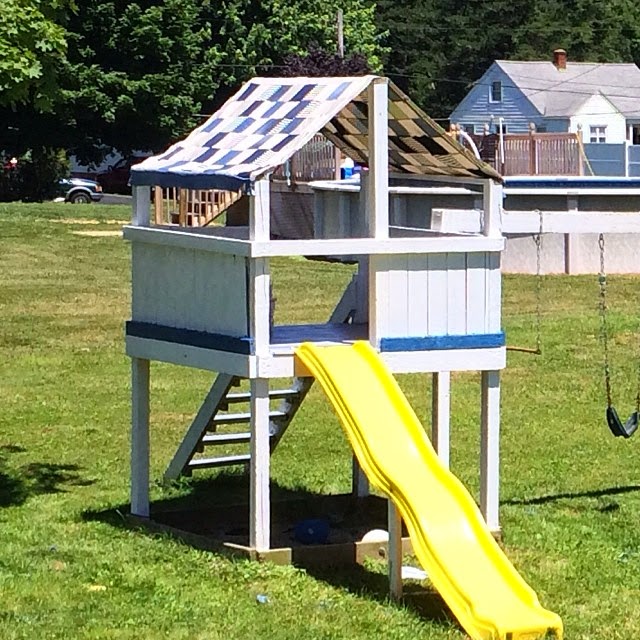 ready for many more years of entertainment, adventures and fun. 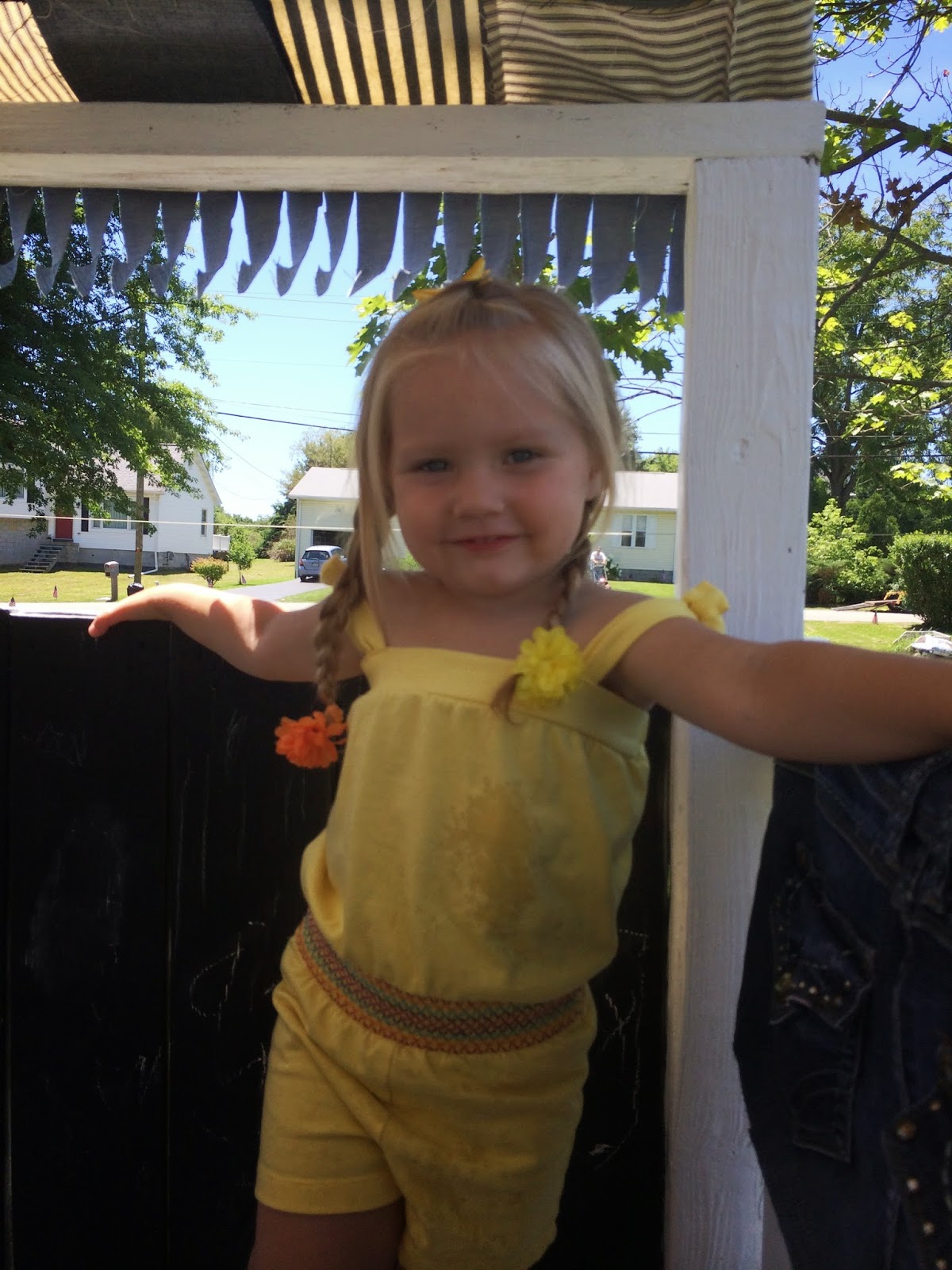 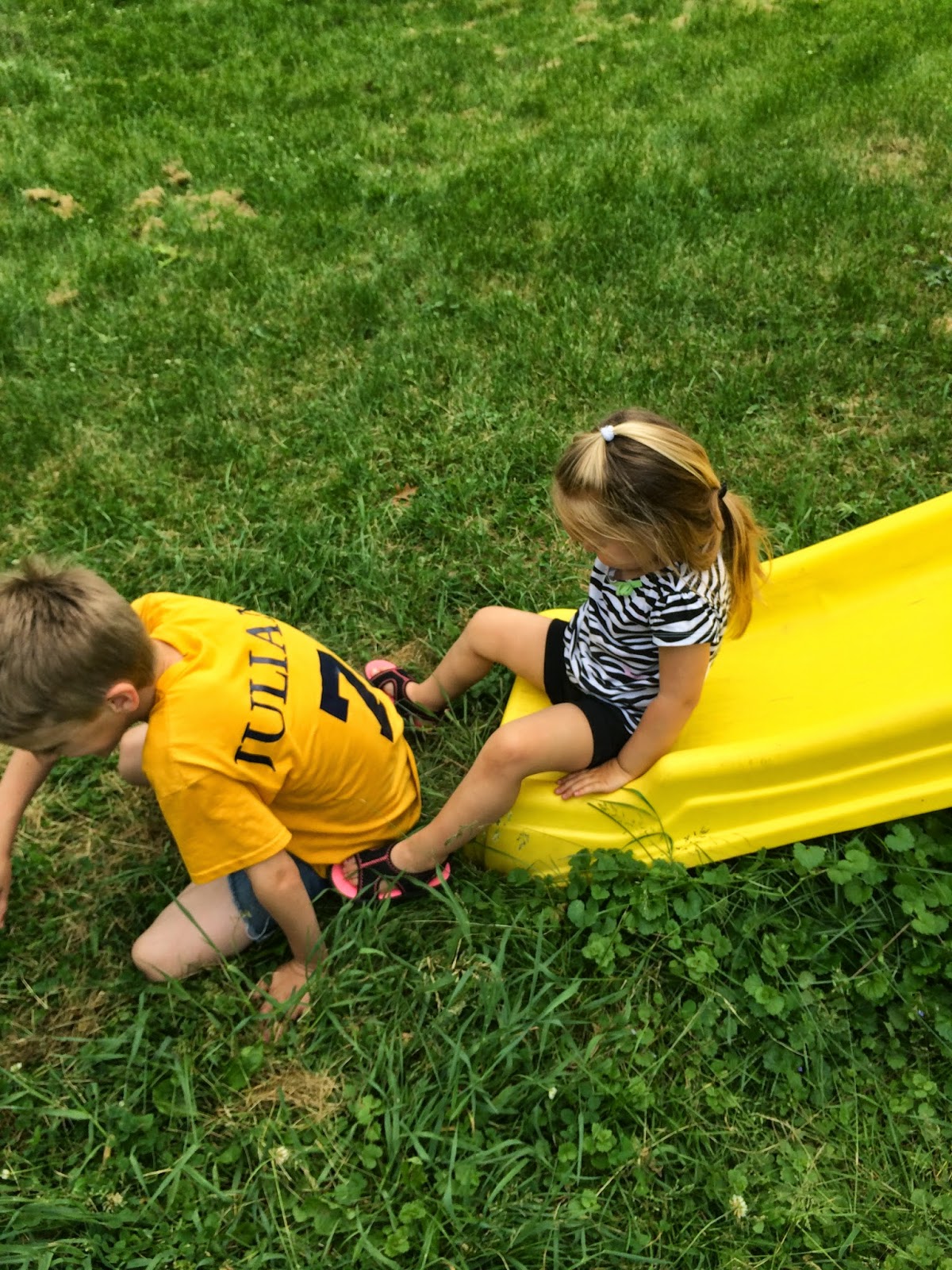 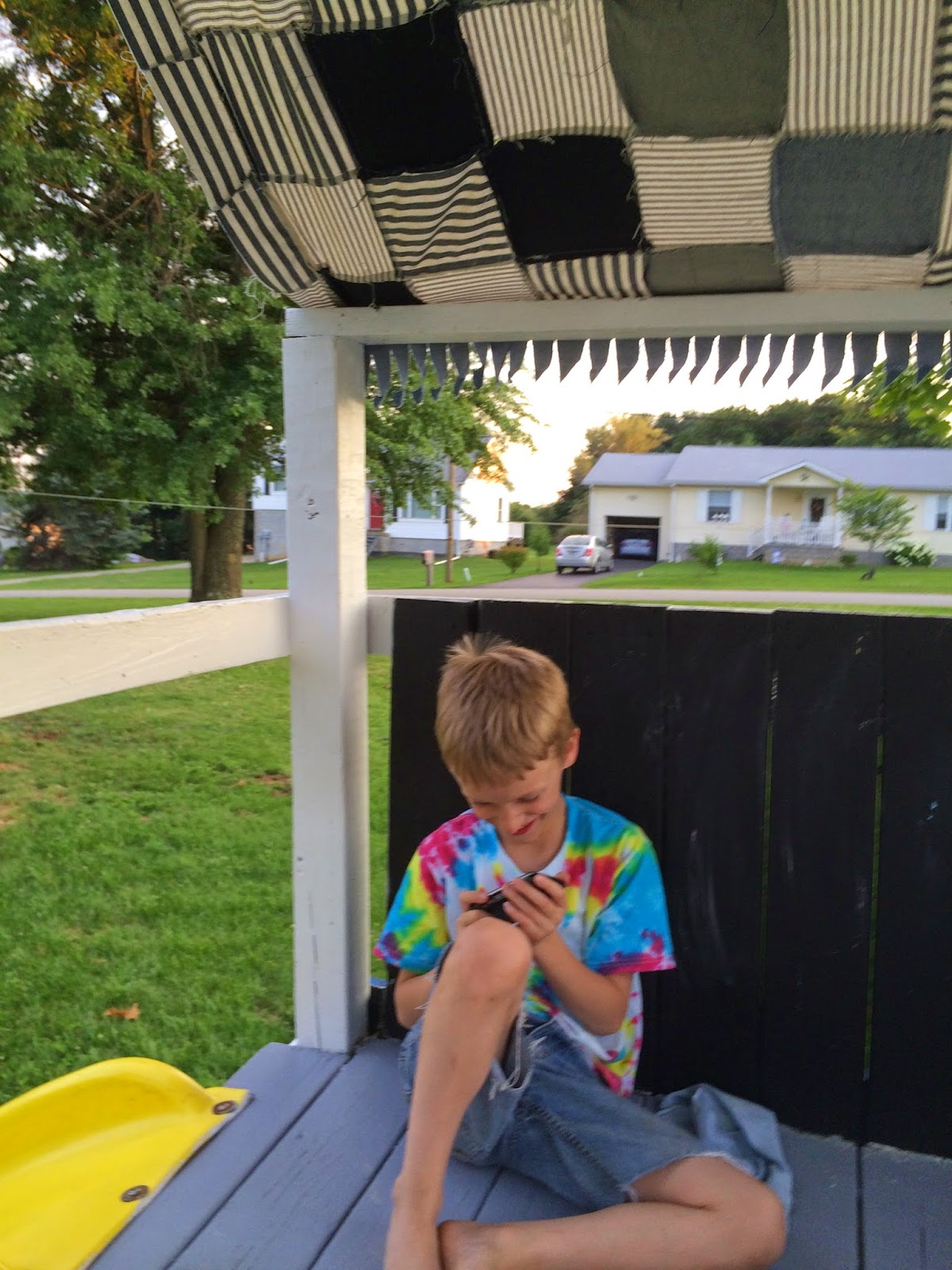 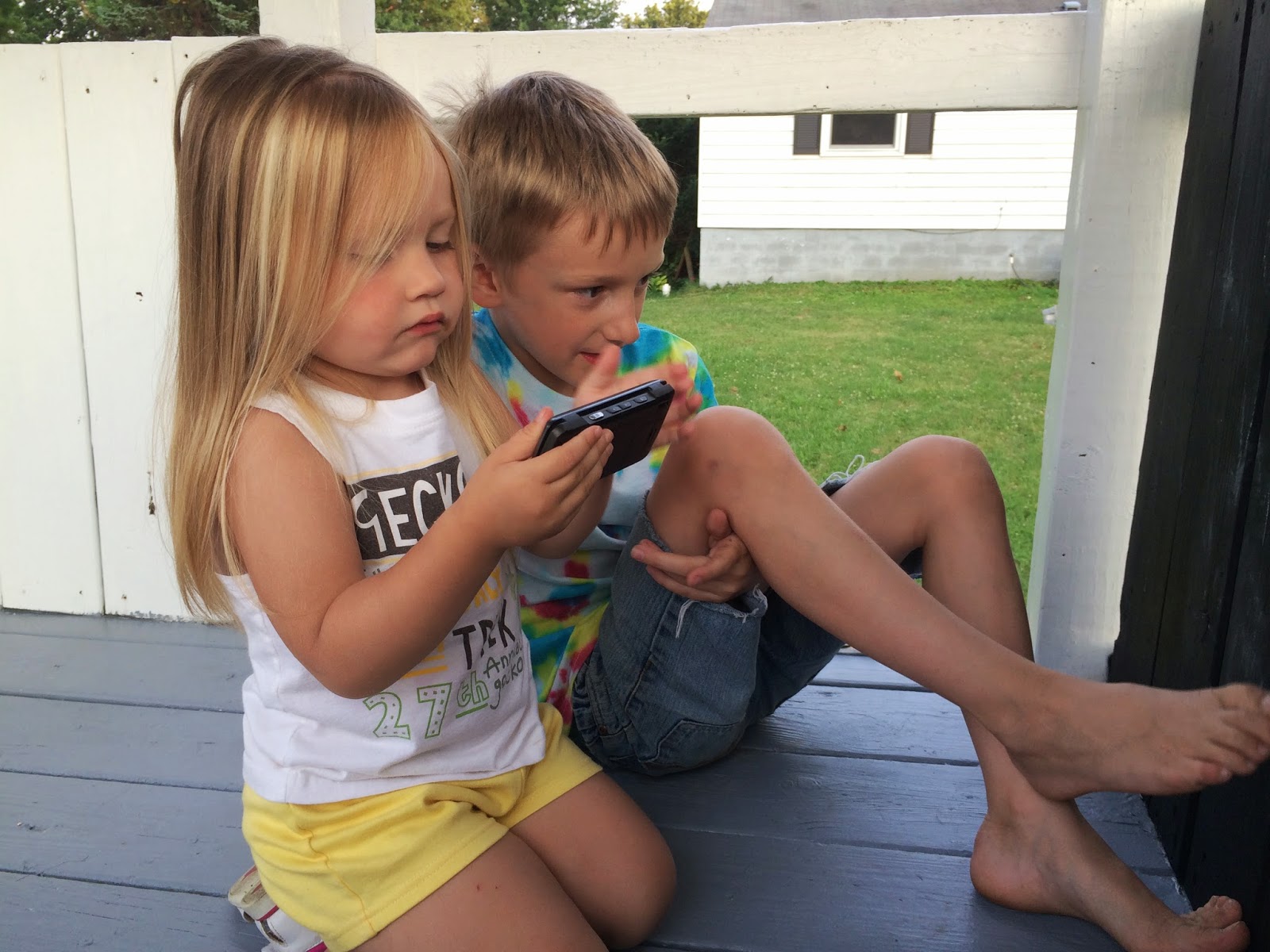 heck, even i like hanging out in there....too bad the kids always manage to find me. 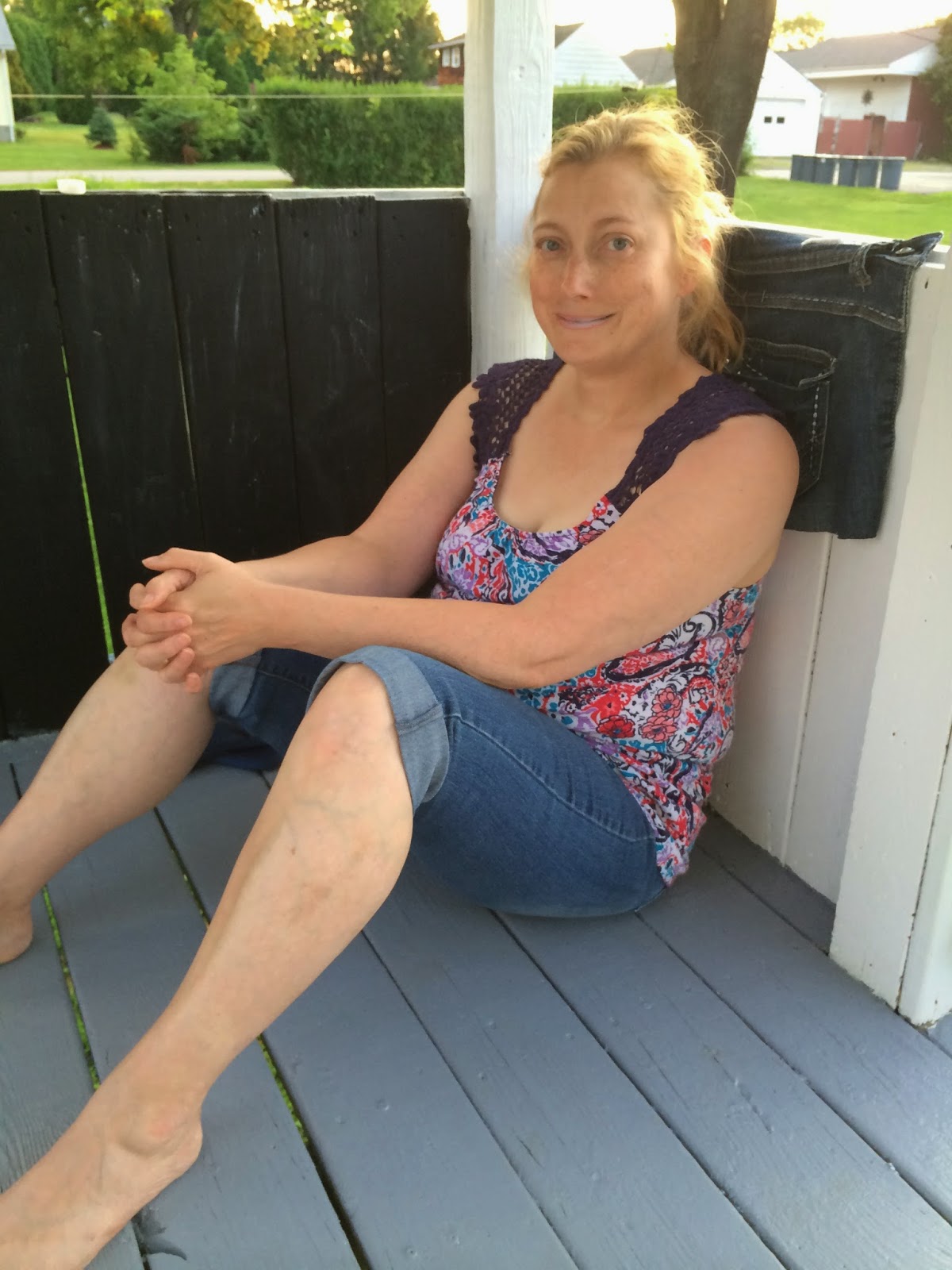 the white and grey paint were leftovers from other projects

looks pretty good for cheap less than $20 make over

don't you think so?

Posted by Charlene Juliani at 1:30 PM

You did a fantastic job! I love it. It almost has a beach feel to it. Light and airy. ;)