I thought I would share a little something with you, as most of you know
I've been a bit preoccupied with school work lately, hence the lack of posts.

I have so many things I would like to share and I get sidetracked with
work and school and kids and family stuff, it's hard...the struggle is real.
Life is busy.
Life with a big family is crazy busy.

I wanted to take a few minutes to share something that has happened to me recently
I'm not sure what people will think of me after I share my story, but I feel led to share it
and besides I really wanted to remember things while they are still fresh in my mind.
And what better place to preserve this memory, but here on my blog - where I've
basically shared my whole life, right?

It all started right before Thanksgiving.
I was sick and feeling crummy, having asthma after asthma attack.
I felt like I couldn't control it anymore...it was crazy.

One night I made Rich take me to the ER because I felt like nothing was working
and I simply could not catch my breath.  It was a horrible feeling.
At the ER, they did a chest x-ray and a bunch of other tests.  Administered
a breathing treatment and then a few minutes later another one.
My pulse ox was really low and nothing they did would help raise it.
So they admitted me to the hospital and hooked me up to some
IV antibiotics and steroids.

So they sent me home with steroids and scheduled breathing treatments and
what they called a virus in my lungs.

I resumed normal activity thinking everything was fine.
And it was for about a week and then wham....

This has been a cycle of feeling crappy....not being able to breath
and feeling better for a few days, maybe a few weeks and then feeling crummy again.

It was such an awful feeling that I began to question this existence - this constant battle of wellness and sickness that I face. "Why me?" was a question I asked myself and God at least a dozen times that day. I kept saying to God, this is not a life. This is misery. I don't know why you have me feel better only to take it away a few days later. Lord, what purpose does this serve. I'm sick all the time and I can't even do anything. I cried many tears that afternoon. Then,...

Sunday night around 9 or so, I was really struggling to breathe. I started to have a panic attack. My heart felt like someone literally reached in and ripped it out. I never felt like that before. That fear was so overwhelming and frightening. I tried to use my medicine but I was so griped by fear and panic that I just couldn't. Through my tears and panicked state, I managed to scream for Rich.

Anthony, Zachary, and Rich came running. Zach started rubbing my back, quietly talking to help me through yet another panic attack, like he has done numerous times before. Anthony knelt on the floor in front of me as I sat in a chair. I managed to get 911 out as Rich went to grab his phone and then everything else went blank....

The next thing I remember is being in a white room with a man standing before me,
who said "We're not done yet." "You and me, we aren't done." "You aren't done."

And then I opened my eyes to a paramedic who said
"welcome back honey,
we thought we lost you for a while there."
I kept closing my eyes and she kept yelling at me to stay with her.
She said "you see those headlights out there following us...that's your hubby.
Stay with us.  He's coming."

The rest is pretty much a blur of faces and Rich and Amanda....being told they cut my shirt (glad it wasn't a new one)....tests they were going to run, medicines, IVs, etc. The word unresponsive was used a lot . Blood clots in my lungs, intubation ....other medical jargon that I didn't understand.

Obviously, they admitted me and ran a multitude of tests.
They diagnosed me with, guess what, pneumonia. I had to take steroids (again), two antibiotics, and continue breathing treatments. I was sent home without O2. without a C-pap or bi pap.

The next few weeks were weird I would wake up from naps to see
Rich starring at me to see if I was still breathing.  It was heart wrenching.

*I was told by the paramedics that my boys, (Rich, Zach, and Anthony) never left my side.
Zach supposedly rubbed my back and brushed the hair out of my face.
Rich watched and chased down the ambulance.
Anthony held my hands and kept checking my pulse.

Again, I felt fine for a few weeks.
Only to start having issues again.
This time I made a doctor appointment.
I made Rich go with me, because I was afraid I would have an asthma attack on the way.

The doctor said I was wheezing and felt tight when she listened to my lungs.
They administered a breathing treatment - my pulse ox was still low.
The doctor said I really hate to do this, but I think you need to be
admitted to the hospital....

This was December 21....yep four days until Christmas.

Round Three of the hospital fun {insert eye roll}

Again, they ran all the tests....the short story is they said it was pneumonia - it never went away.
I never fully recovered from it.  Another round of steroids and antibiotics.

I'll be on steroids until the middle of February.

My family and I decided that we would wait until I got out of the hospital
to celebrate Christmas.  No one wanted to celebrate without Mommy.

I was super bored in the hospital, but I was at peace with it.
I had everything ready for Christmas, no last minute shopping had to be done,
I was prepared.

Christmas morning, the doctor came into my room and announced that I would
be going home....home for Christmas.

It was the best news ever.

While I was in the hospital I prayed for healing.

My faith has been tested so much lately.
I prayed that God would end my suffering one way or another.
and I got my answer in the form of an angel and a miracle.

God is right, I'm not done yet.

Call me weird or kooky for thinking I had a little face time with Jesus....I don't care.
Maybe it was all in my imagination? who knows.

I'm just happy to be here with my family and whatever plan is written for me....
I hope I achieve it to the best of my God given abilities.

If there is one thing I learned though it all, then it's just how precious life truly is. 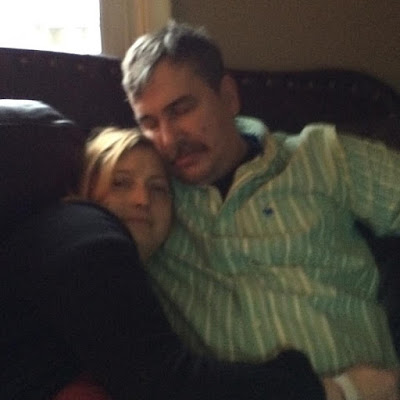 Posted by Charlene Juliani at 2:29 PM