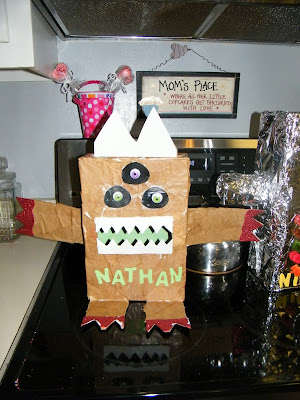 Nathan's Monster Valentine Box
We started by using a cereal box.and cutting an opening in the middle of it. 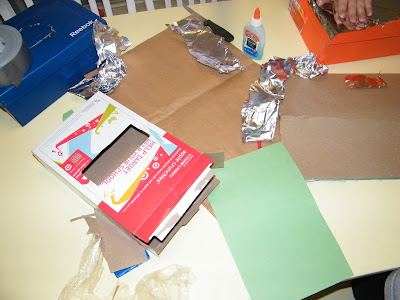 Nathan chose to make his mouth green, so he glued a sheet of green construction paper inside the box. 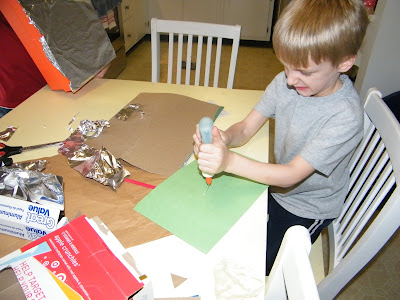 Next, we cut slits in the sides of the box for the monster's arms and taped his feet to the bottom of the box.  We cut the arms and feet out of cardboard. 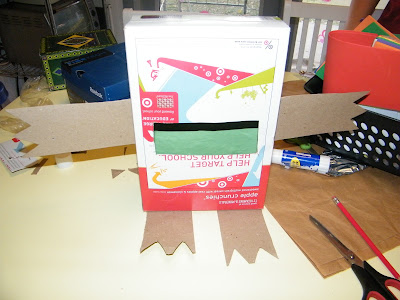 Nathan "painted" Mod Podge all over the box and stuck ripped up scraps of a brown paper bag to the glue. 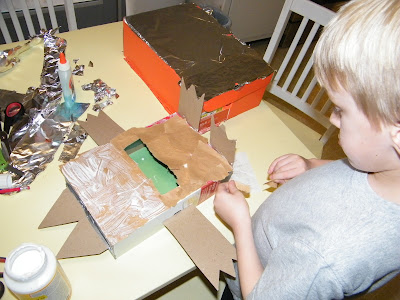 We ended up having to do two coats of the paper 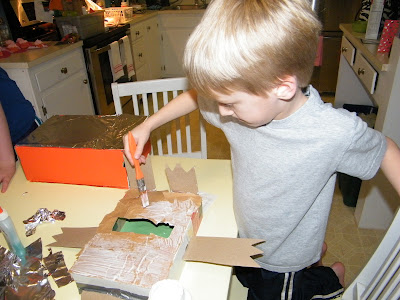 He used mod podge on the monster's arms and feet too.
......the rest I didn't take pics of, because it was getting late and we were trying to finish it....
But I can tell you how we did it

We cut slits in the top of the box and cut some horns out of cardboard and taped them to the top and mod podged the top of the box.
We glued white foam board to both sides of the horns.
We also used white foam board to make the teeth/fangs.  We glued them to the box leaving an opening in the middle for his valentines.  You can also see some of the green inside of the monster's mouth.
Nathan thought his mouth was the best part, saying it felt "real" when he stuck his hands in the mouth.  I'm guessing because the foam board is stiffer than just thin paper.
He also chose to make his monster have three eyes.  So we glued three black circles to the box and some "monster" google eyes on top of the circles.
And finally, we took some red glitter foam board and cut out his claws and glued those to the box.  We also spelled out Nathan's name using foam letter stickers.
What do you think....a scary valentine eating monster..... 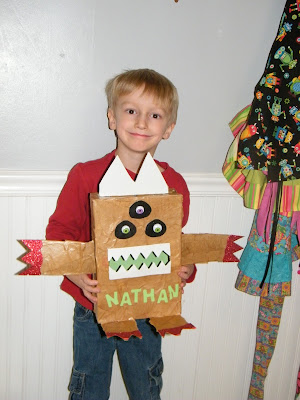 Nicholas chose to make a robot box this year.... 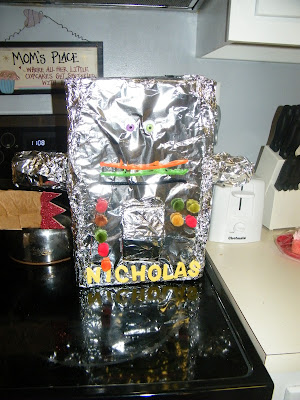 Other than me helping him cut the holes for the valentine slot and the arms...and helping him wrap some of the foil....he designed and made it pretty much all on his own. 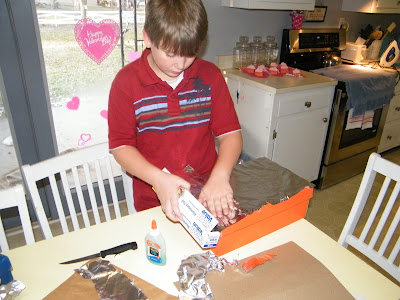 Again, I don't have any pics as we were so busy making them.  But it came out great! 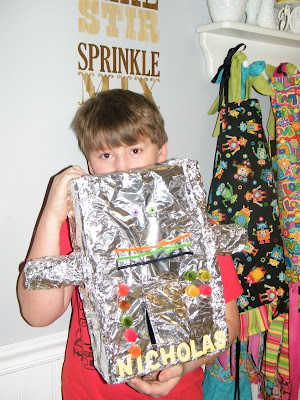 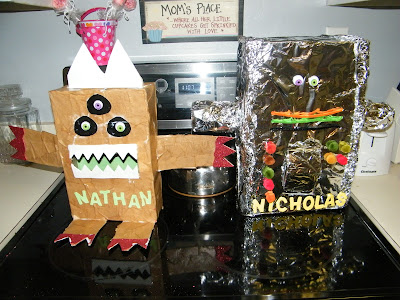 This is really cute!!

That is soooo cute! What a great idea!

Those are awesome! Do the boys take them to school? Do all kids make something to receive their valentines?

I remember the JOY of exchanging valentines as a kid, but I think we always made our boxes at school.

These boxes are awesome! Love how creative and personal they are! :)