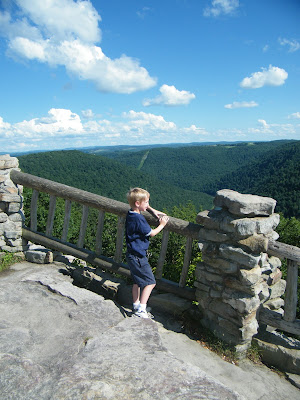 Coopers Rock is a National State Forest in West Virginia.  There is a beautiful scenic overlook with views of the river below and tons of hiking trails.  There are also picnic areas and pavilions, campsites and even a playground for little campers to enjoy.  My kids just love climbing on the rocks and running through the woods
We've been to Coopers Rock a few times before, but I really wanted to take them again, since they learned all about fossils during their recent dinosaur/volcano week.  Along the trail the boys pointed out all the natural fossils that the river and time made on the rocks and they were quite impressed by what they saw.  Of course, we played and ran around a lot too. 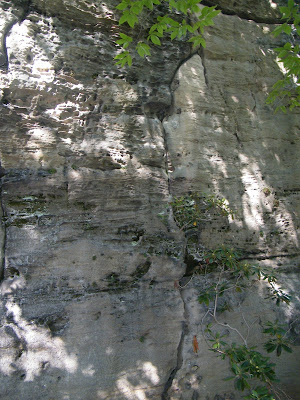 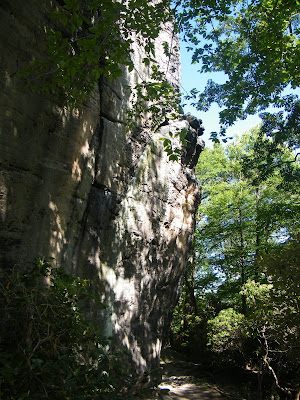 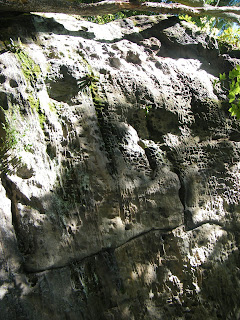 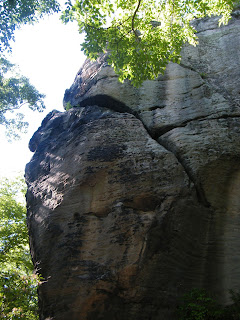 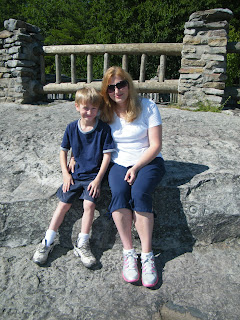 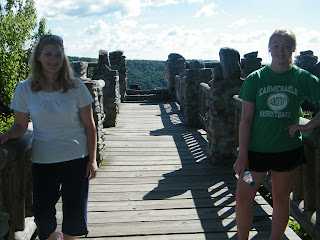 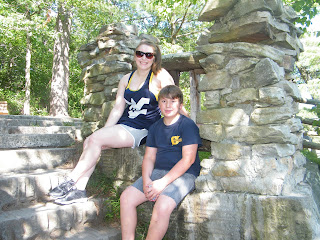 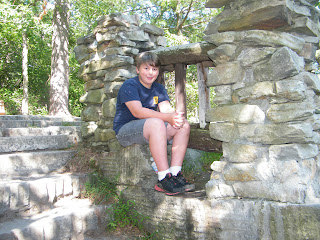 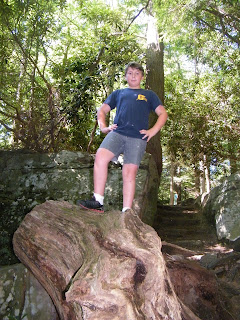 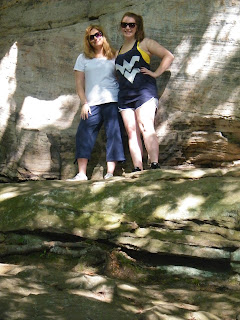 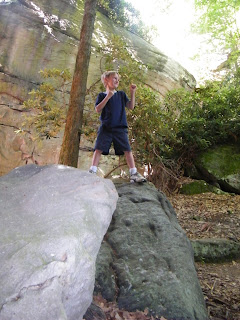 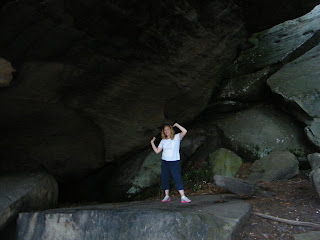 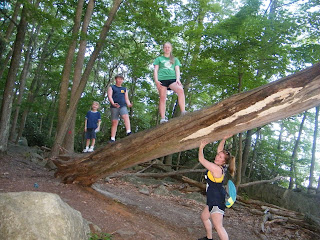 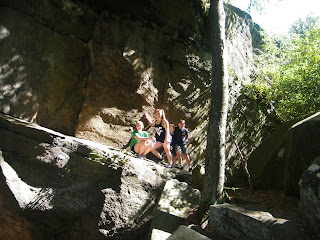 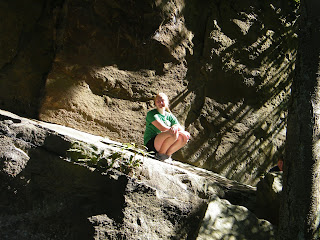 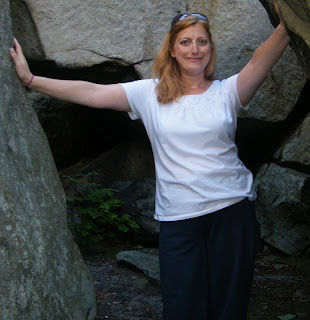 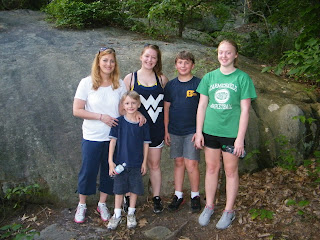 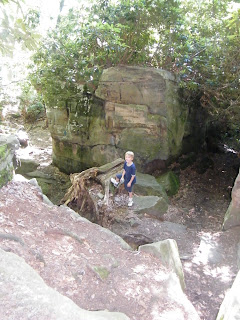 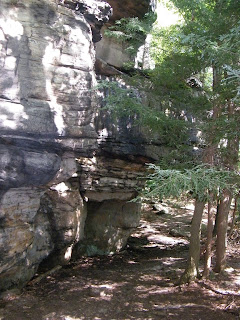 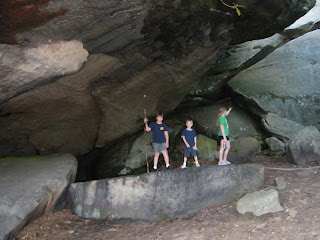 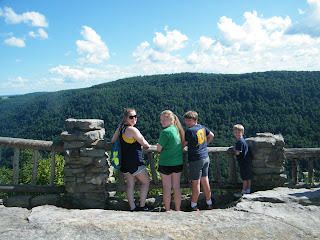 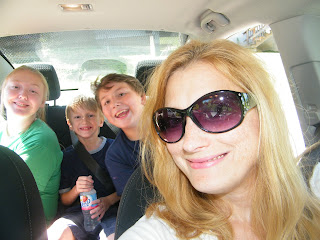 On the way there, Nathan so kindly reminded me that the last time we went to Coopers Rock that I was still fat.  LOL! Yep, thanks for the reminder kiddo! I laughed, but to be honest, while we were there I did kinda flash back a bit to the point where I was once afraid to climb on the rocks and go through narrow passageways for fear of getting stuck or something.  This year  I didn't have that fear and I climbed around *almost* as much as the kids did.  Although they were also kind enough to remind me that I could *ahem* fall and break a hip or something, you know like real old people do. 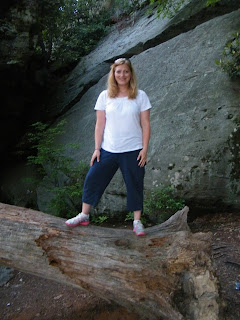 Gee thanks guys!
﻿
Posted by Charlene Juliani at 6:53 PM