many of you know by now that rich has been having issues with his back again.
he had to travel to florida (super long story) to be seen by his surgeon.  they discovered that all the old metal in his back needed to be replaced and new stuff needed to be put in and of course fused all together, etc (another long story).
in the meantime, i've been holding down the fort and going to school at the same time...
so not fun, let me tell ya!
at any rate, me and the little guys went to a covered bridge festival a few weeks ago
(trying to keep ourselves busy)
our neck of the woods has several covered bridges and they have festivals at them every year.
i took the boys and we went on a horse and wagon ride, checked out a bunch of craft booths, they tried some homemade jerky, one of which was super hot, which nathan promptly spit out haha.
they also got to pet a few small farm animals and had their faces painted.
nathan saw some painted pumpkins that he thought would be a perfect gift to cheer up his dad.
so he bought one for him (with his own spending money - how sweet is that?) 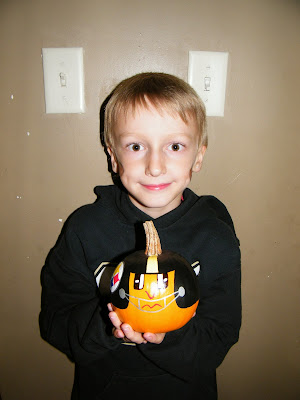 and so daddy sent nathan a special surprise in return... 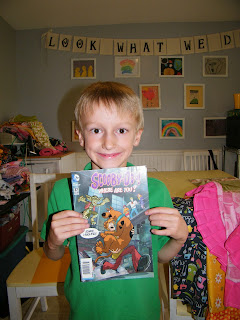 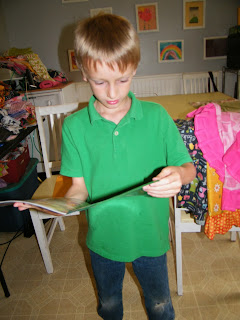 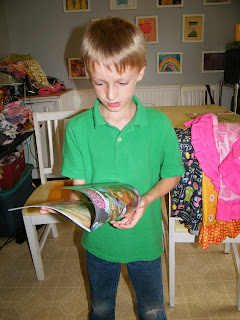 not sure if it was the comic book or the fact that he got mail that made him the happiest :)
do you send your kids mail, just because too?
oh and fyi....rich is out of the hospital, recovering from his surgery at his mother's house in florida.
he is doing rather well so far....keep those fingers crossed for him.
and many thanks to those who sent messages and have been so understanding about the lack of blog posts, etc.  we appreciate the prayers, good thoughts and support
and each and every one of you as well!
﻿
Posted by Charlene Juliani at 1:56 PM