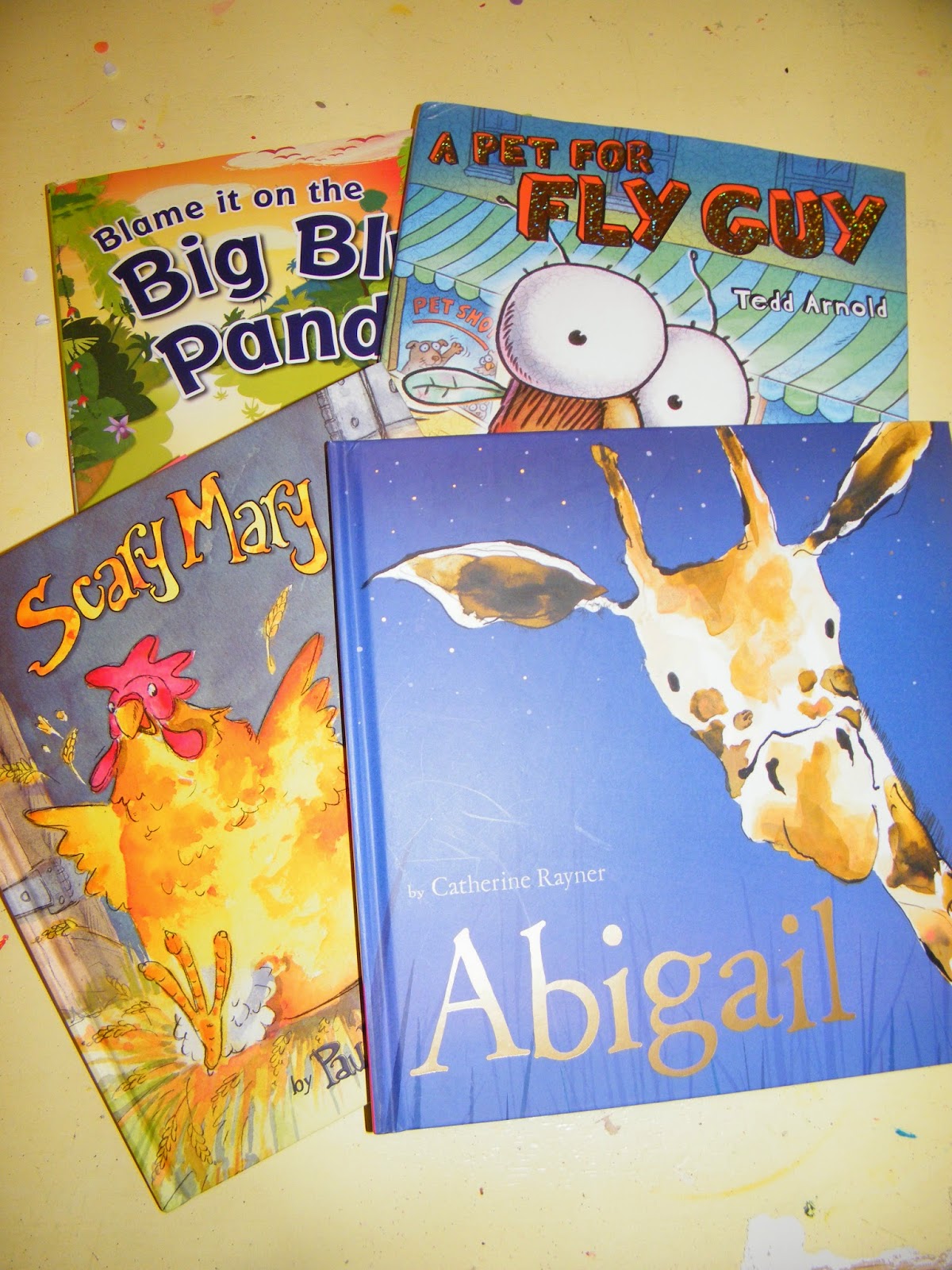 A Pet for Fly Guy
by Tedd Arnold

Buzz loves his pet fly.  He loves spending time with him.
He loves him so much that he thinks
it's time for his friend to have a pet of his very own.
And so begins the search for the perfect pet for Fly Guy.

They visit the pet store and come out with a cute puppy.
The little puppy was so happy that he licked Fly Guy.

So they tried a kitten, a frog and a worm.
The kitten swatted at Fly Guy.
The frog chased Fly Guy
and the worm was just too slimy for Fly Guy.

Just as they were about to give up....Fly Guy decided the perfect pet for him
was his very best friend - Buzz.

This was a cute little tale about friendship for little readers. 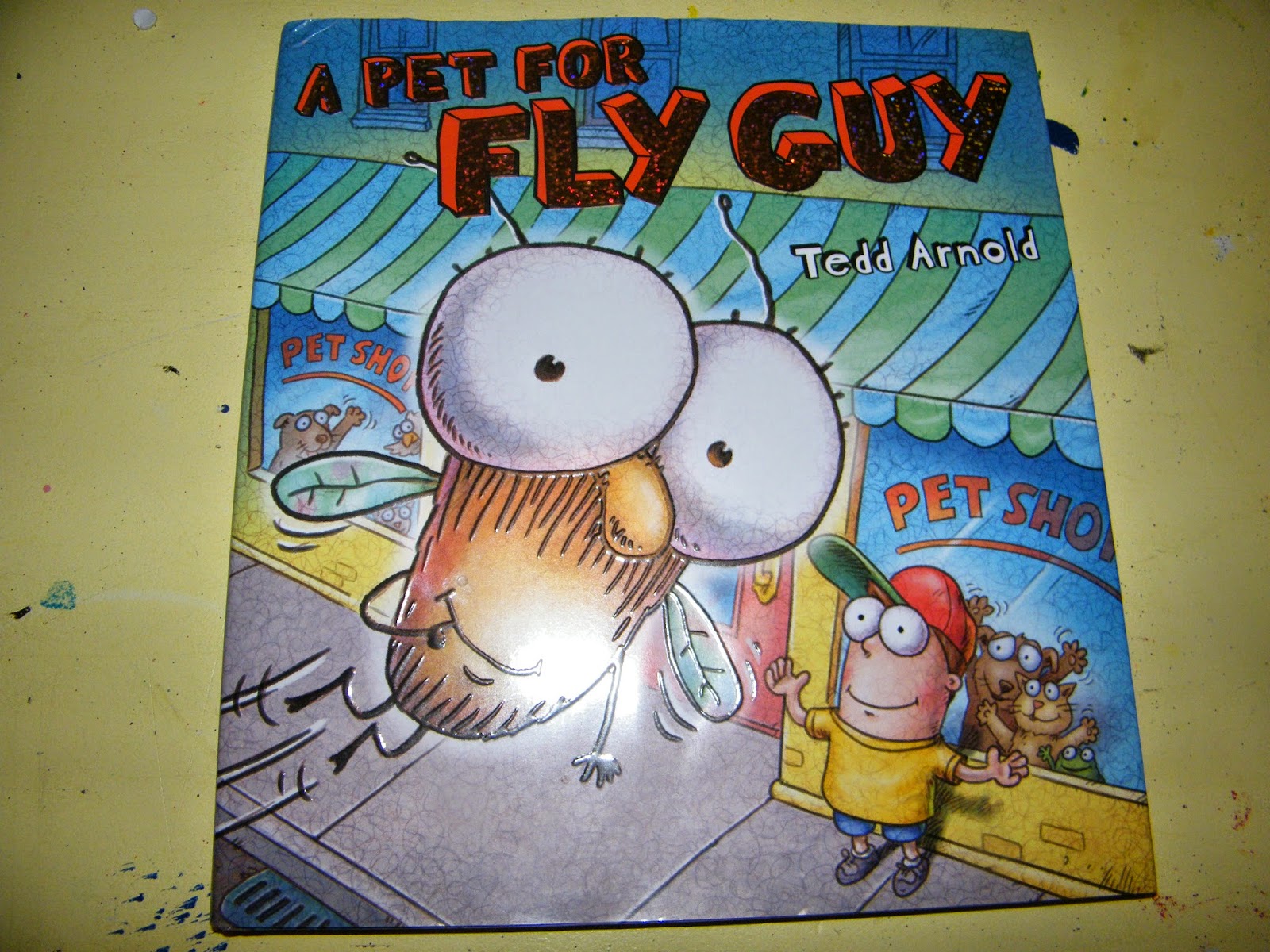 Scary Mary rules the barnyard.
She chases away all the other animals, keeps the food all to herself,
builds forts to keep the others away and makes scary faces.

She thinks the best thing is to just be all alone.
But, she soon realizes just how lonely it can be, without any friends.
Being scary, isn't such a great idea after all.

Scary Mary is a perfect book to teach little ones about bullying
and that it's much more pleasant to be a friend than to be
all alone and scary. 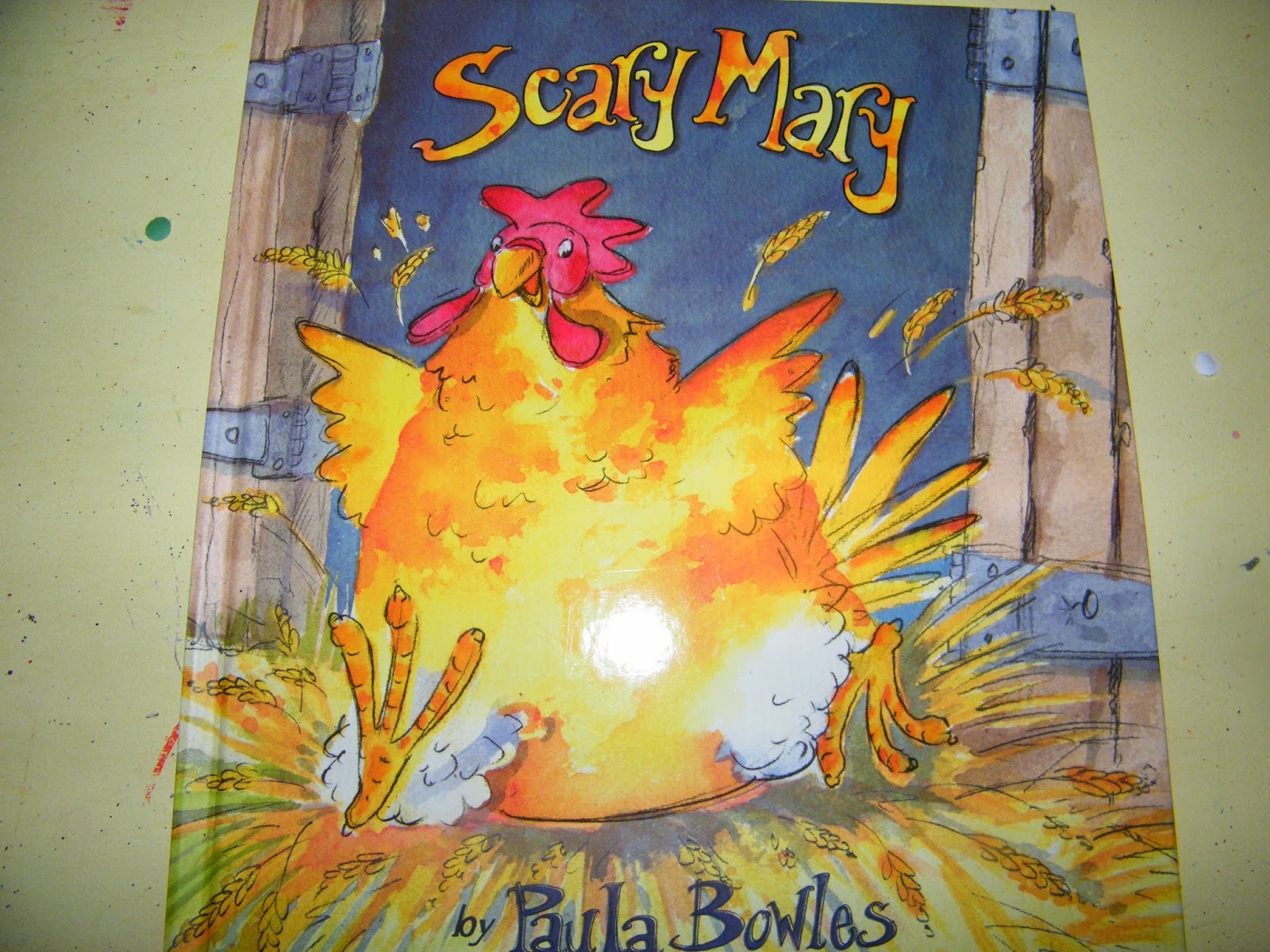 Blame it on the Big Blue Panda!
by Claire Freedman

Little Pandy is one naughty little bear.
He loves mischief, but never wants to accept the blame.

In fact, he claims that all the bad things that happen aren't his fault at all.
It's actually Big Blue Panda that is causing such a ruckus.

Mama Bear is not fooled and comes up with a clever plan
that keeps Pandy on his best behavior.

Will his good behavior last? Or will the Big Blue Panda make another appearance?

Blame in on the Big Blue Panda is a great book to help explain to children
that it is best just to admit their wrongdoings, than to blame it on others. 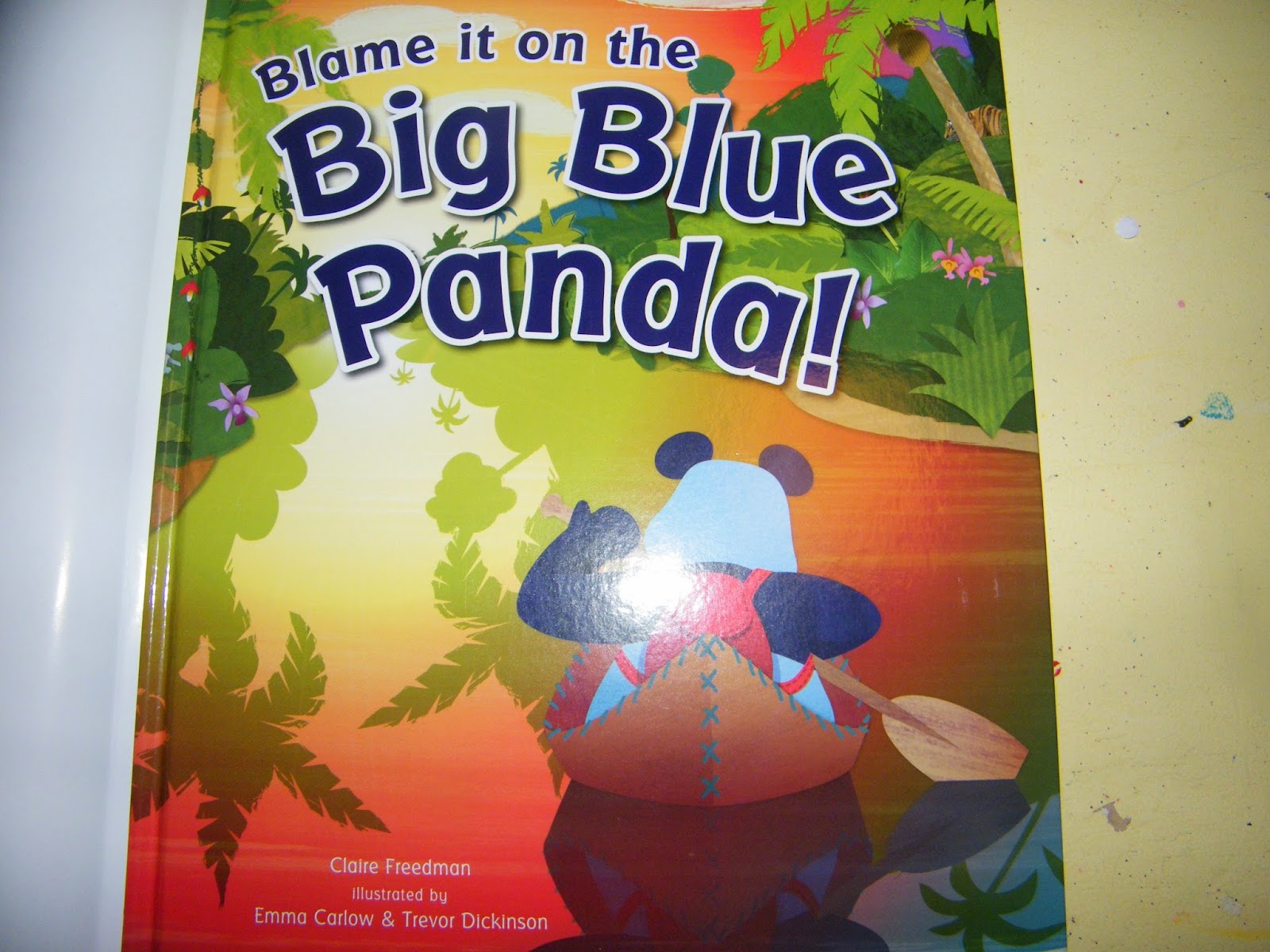 Abigail loves to count.  She wants to count everything, it's her favorite thing to do.
She tries to count the spots on the ladybug, the stripes on zebra, the leaves on the tree
and the spots on cheetah.  The animals won't stay still long enough for her to count them
and someone keeps eating all the leaves.

The animals decide to help Abigail by taking her to a field of flowers.
but by then it's too dark to count them.

Abigail finds the perfect thing to count at night - the stars!

This is a count book for little ones to read.  I think the moral could be summed up by saying
never give up on something that you love doing, no matter how many things get in the way.

*Disclosure ~ The books Scary Mary and Abigail were given to me by Tiger Tales for review purposes only.  The opinions herein are my own and were not influenced in any way.

A few weeks ago, we went to the
Storm Fest
at Carnegie Science Center, Pittsburgh, PA 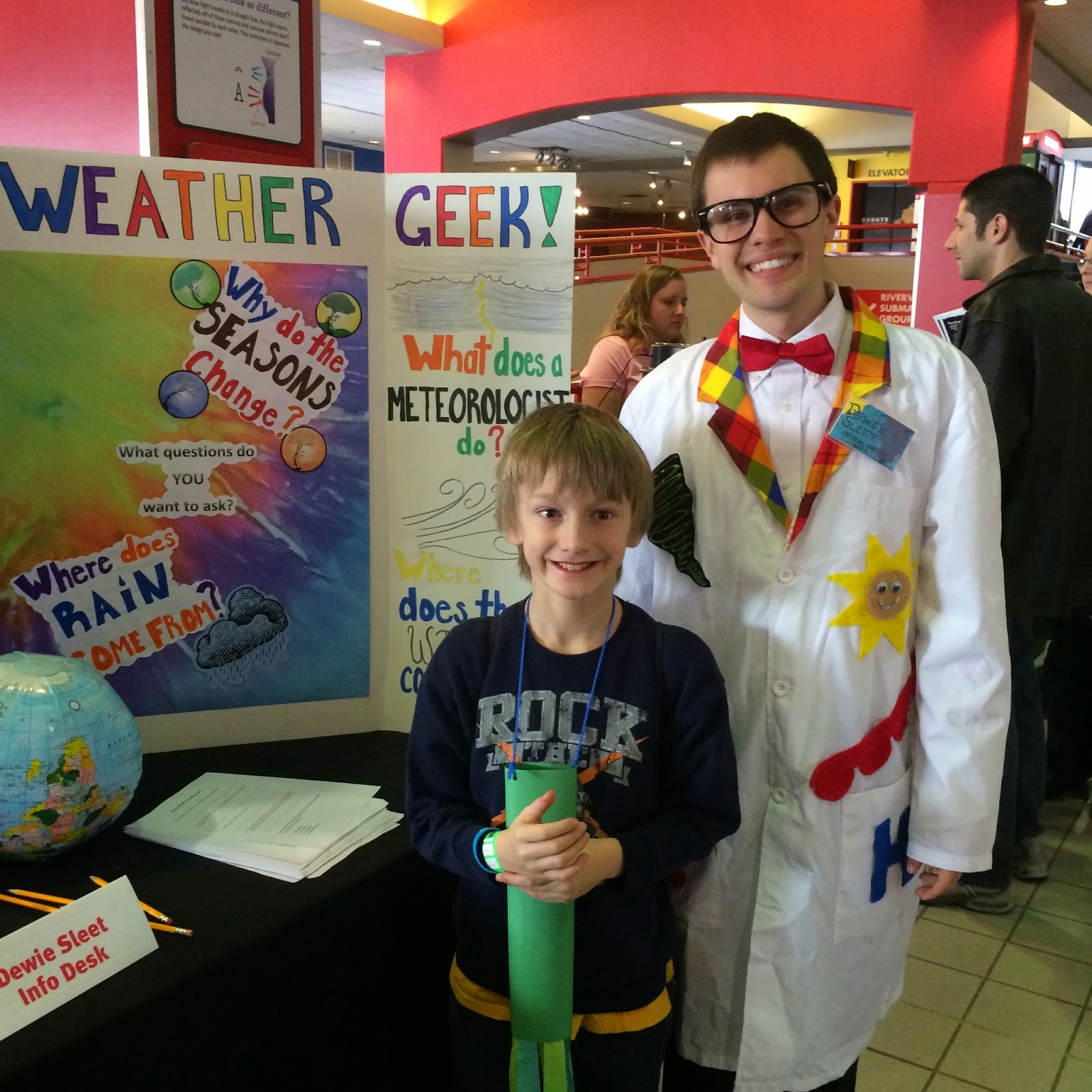 The Storm Fest was presented in partnership with California University of PA.

Not only did we get to enjoy the everyday exhibits of the Science Center,
but we also got to participate in lots of fun weather related activities. 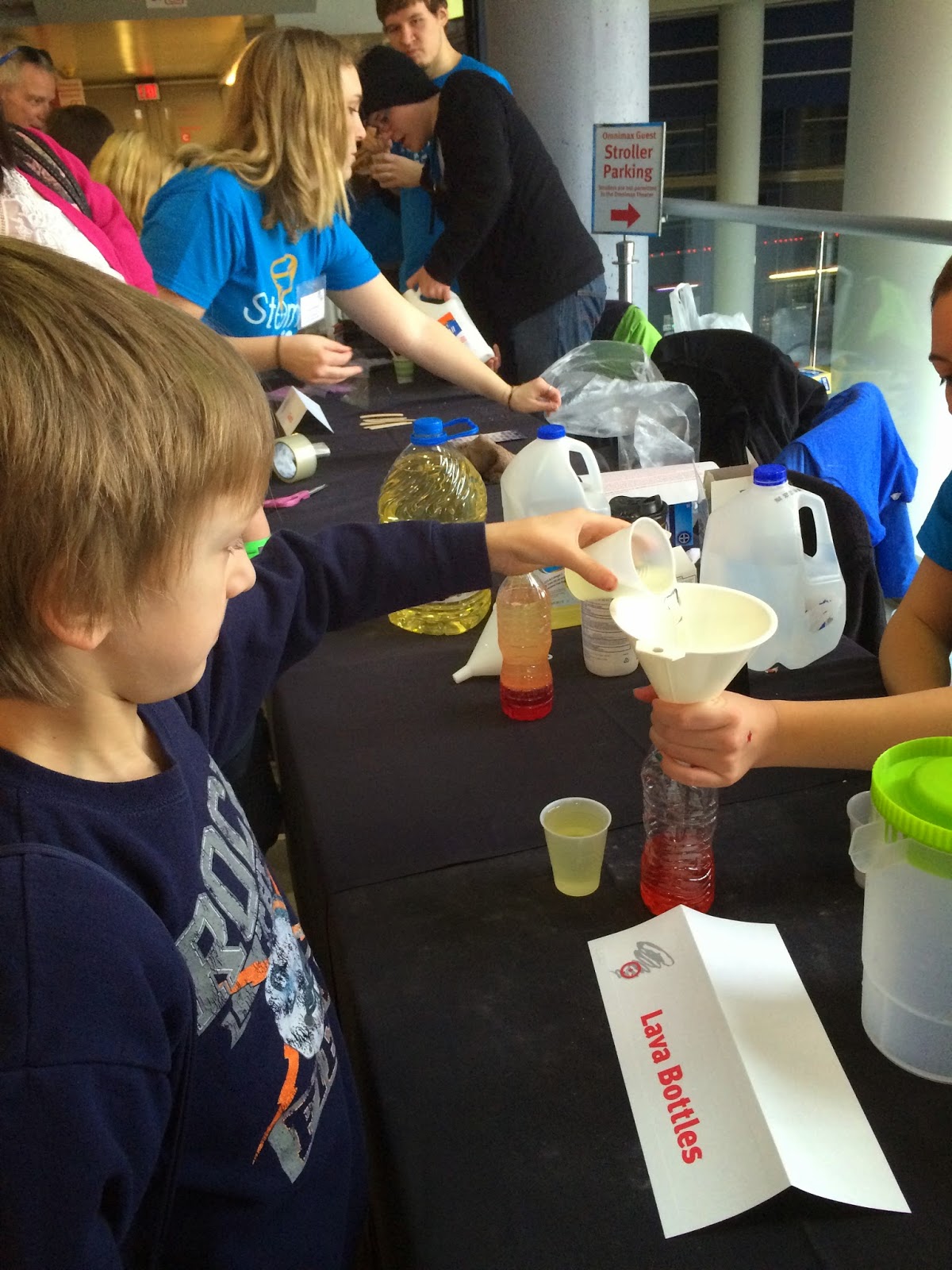 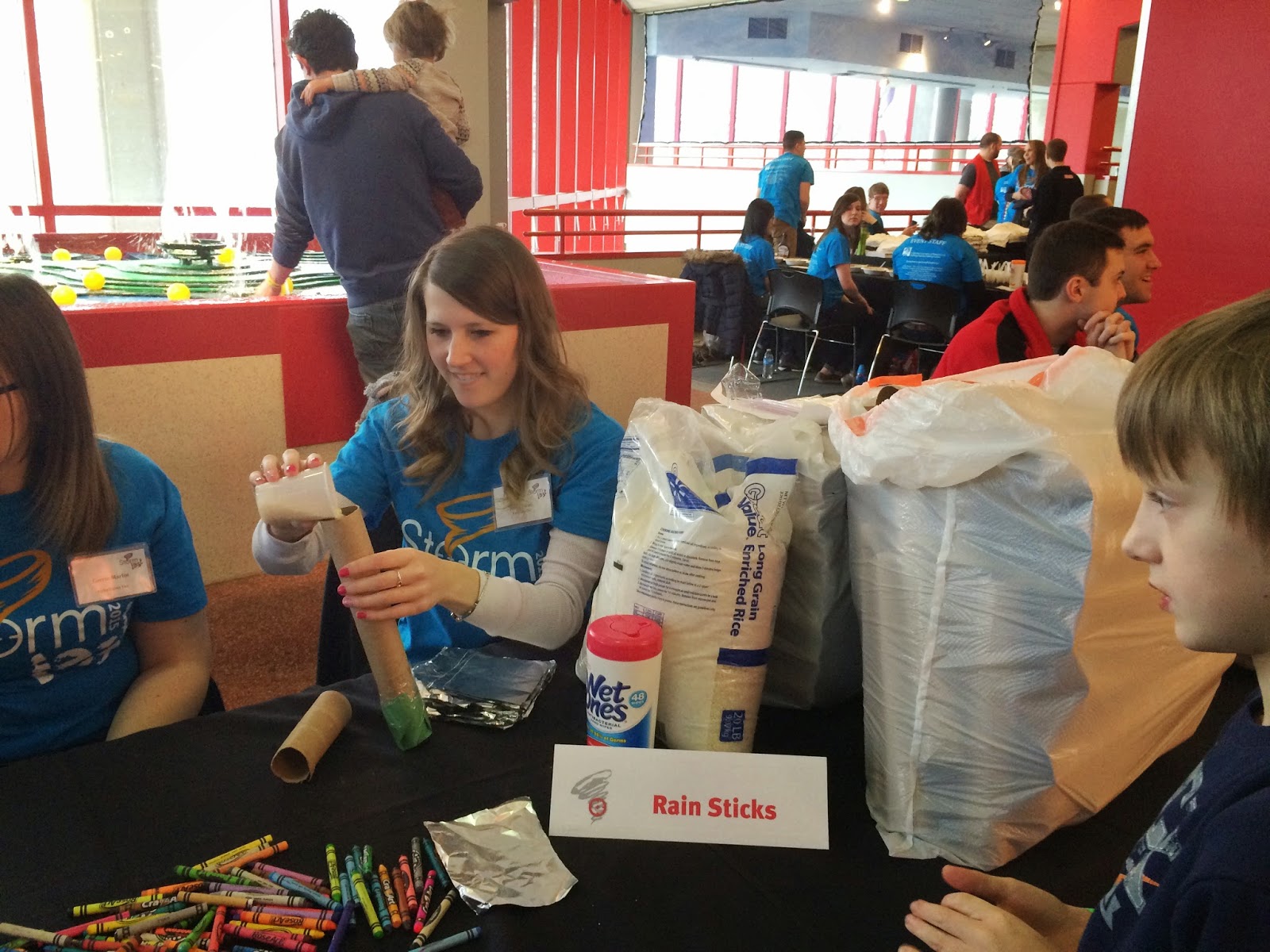 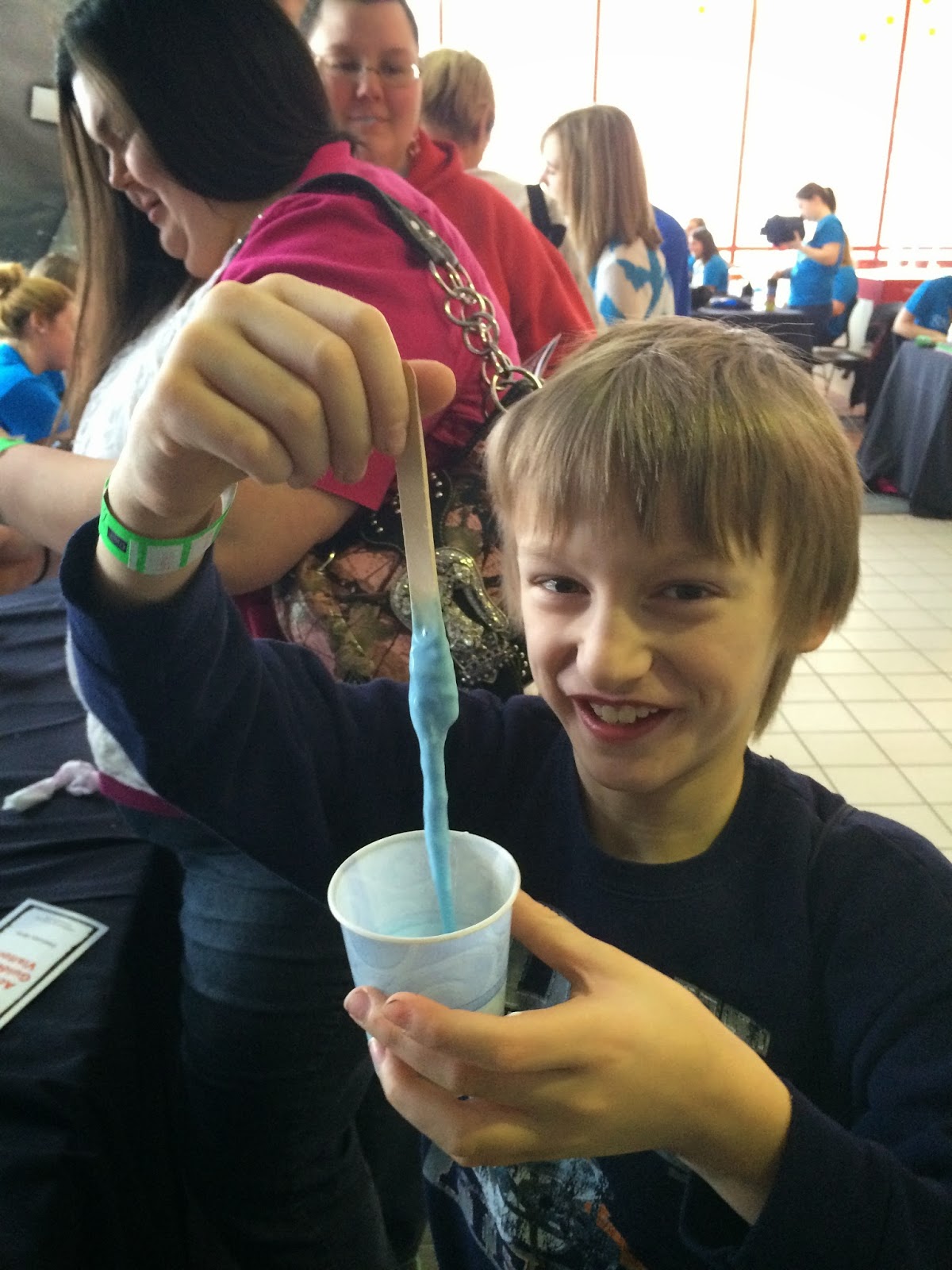 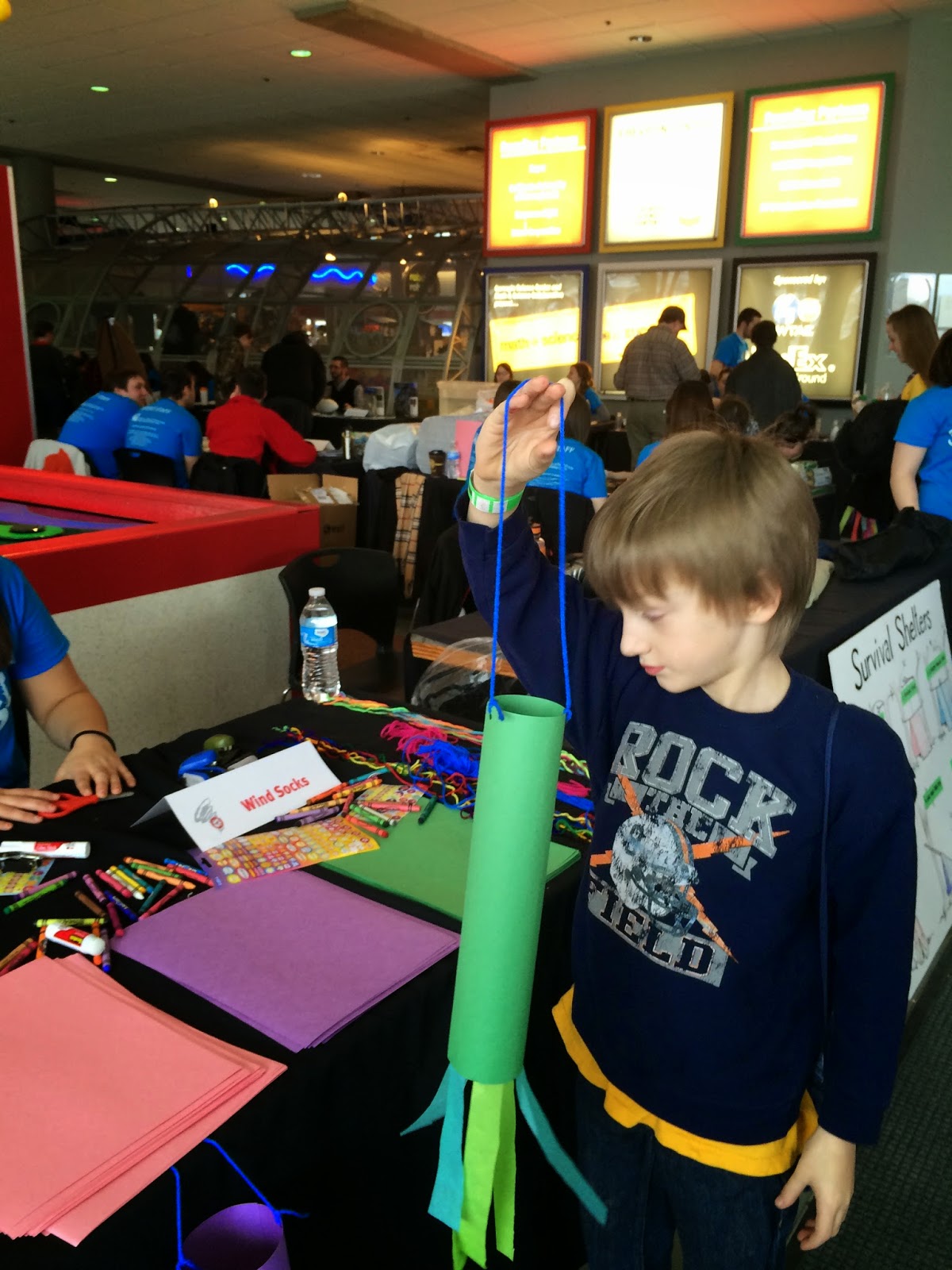 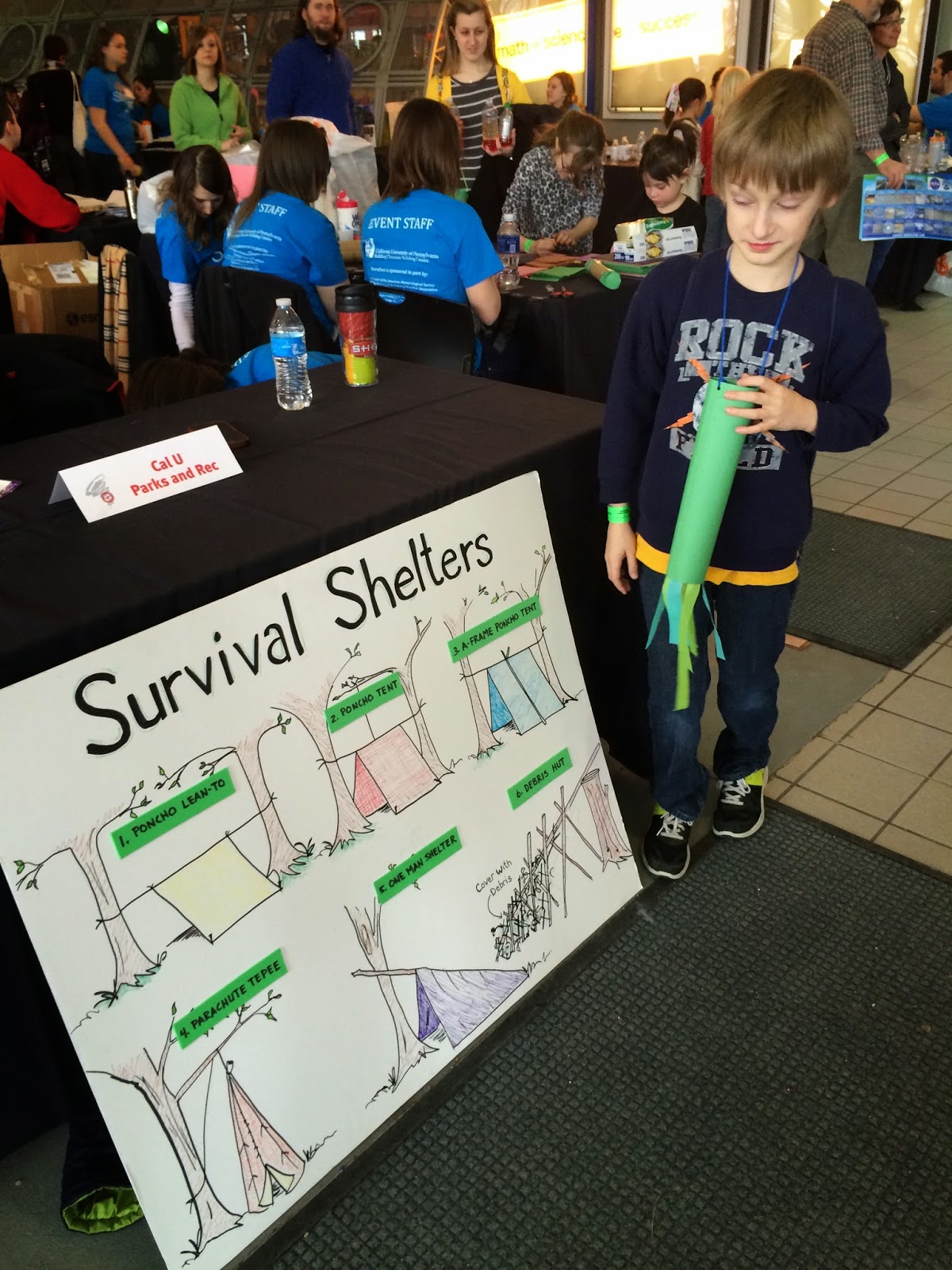 He learned how to make a homemade thermometer 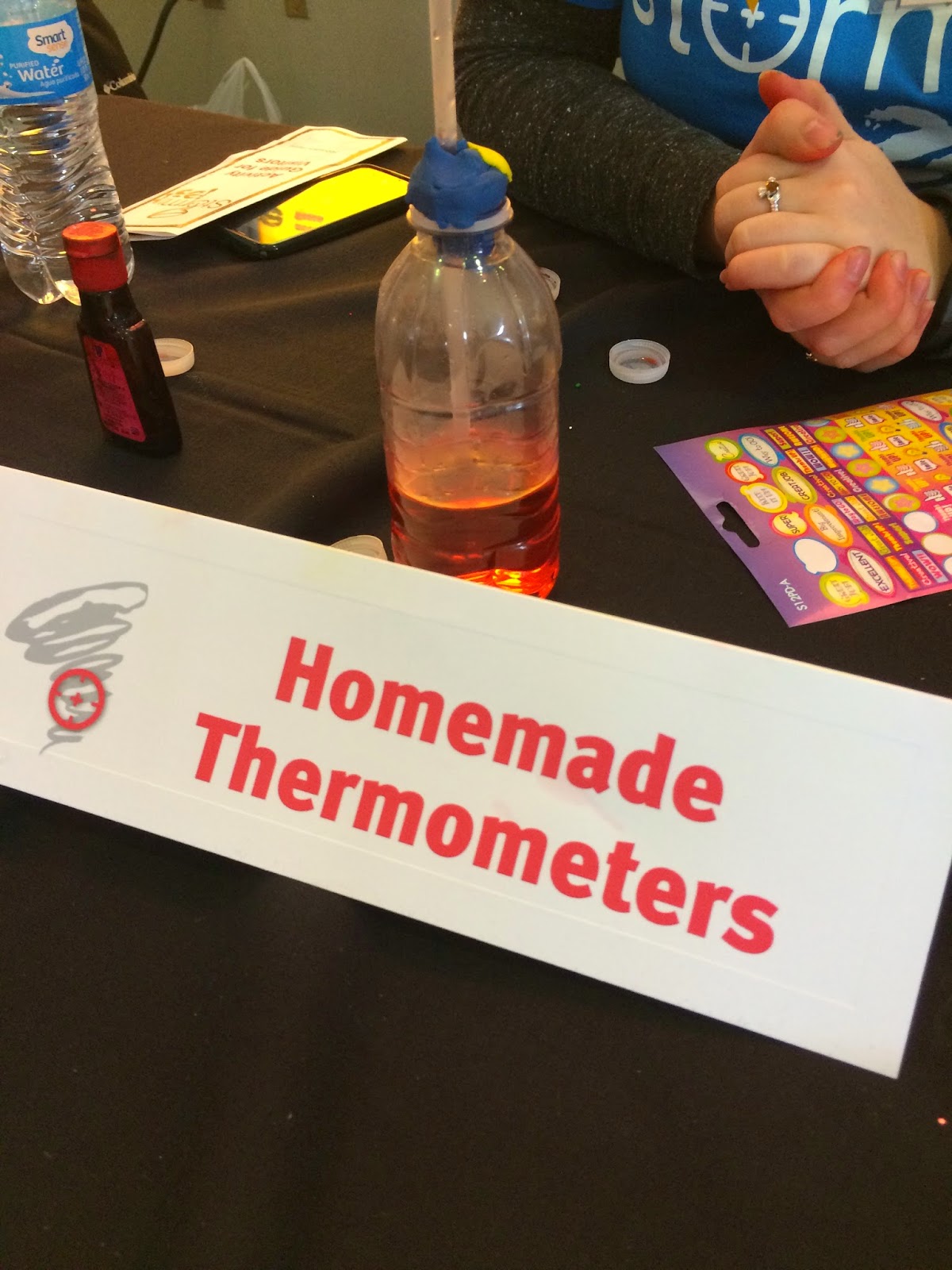 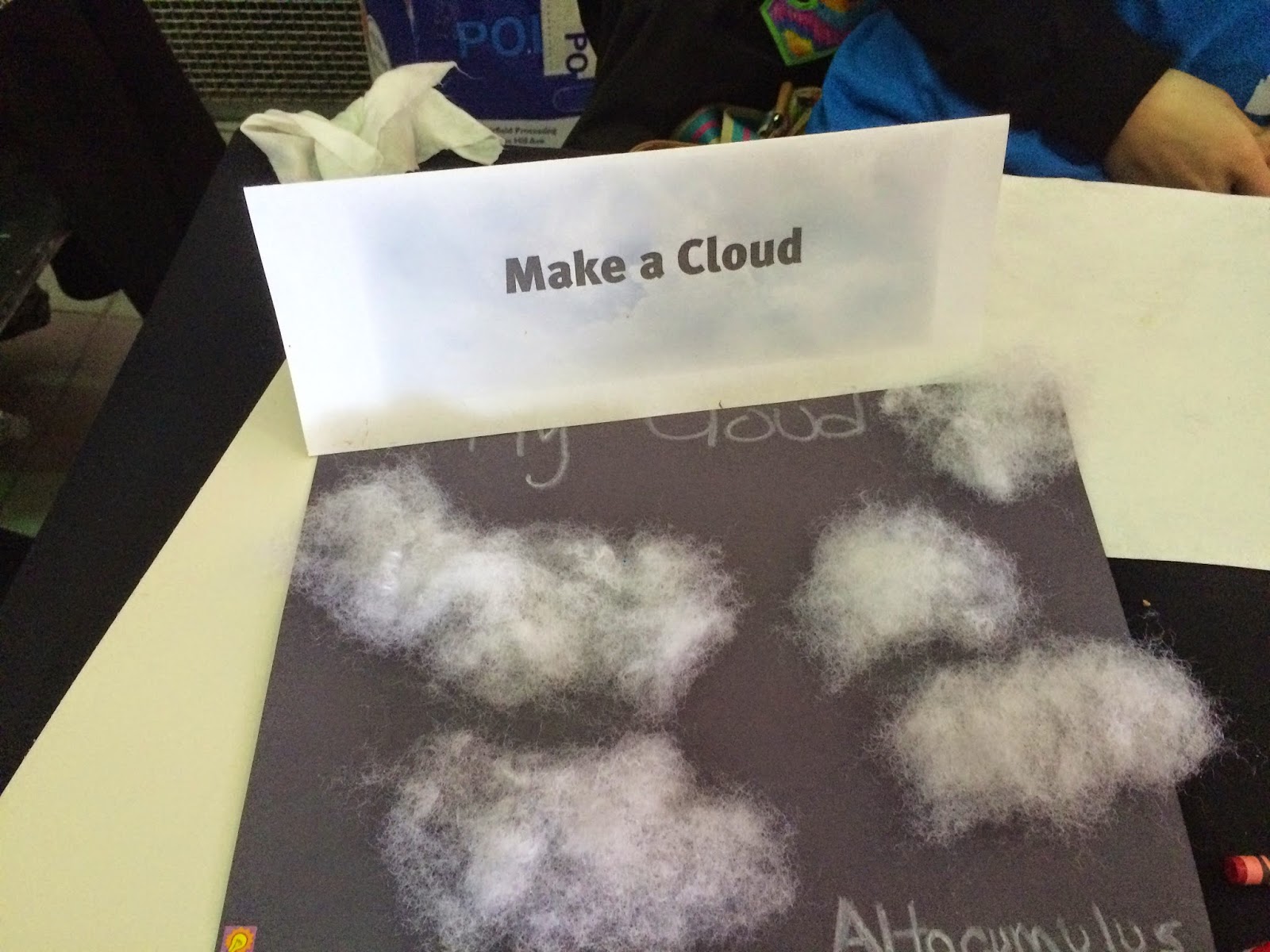 and did a cupcake core sampling 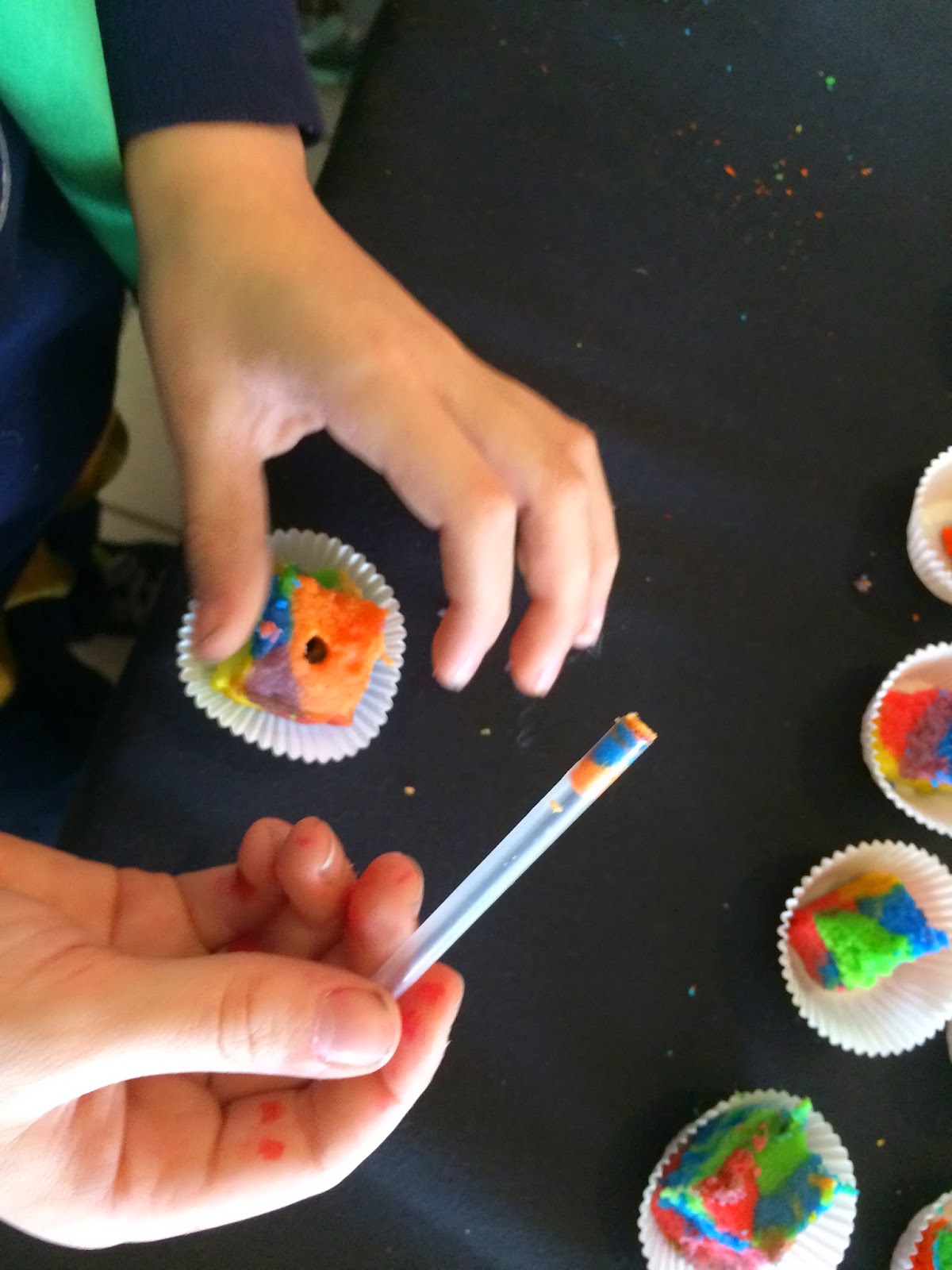 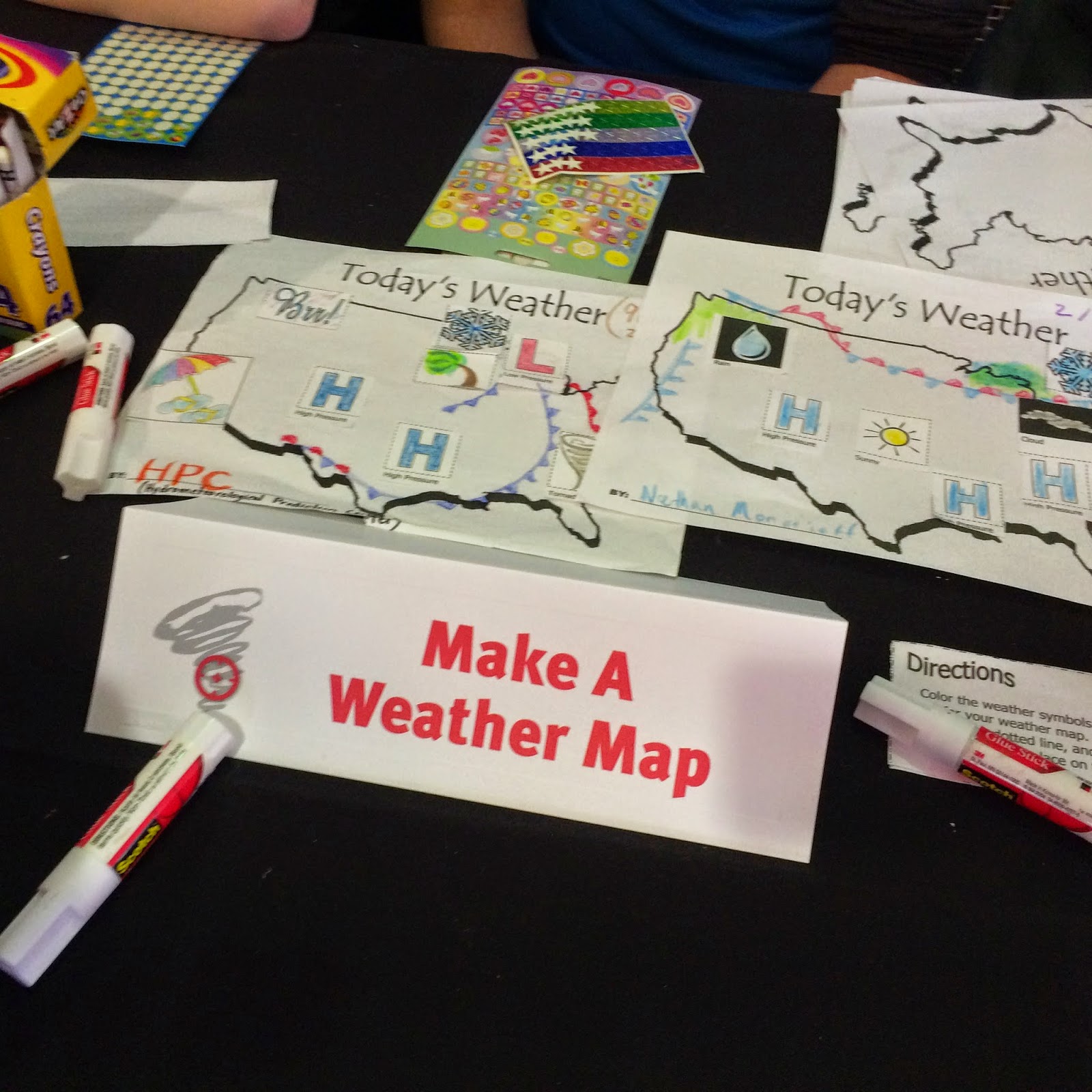 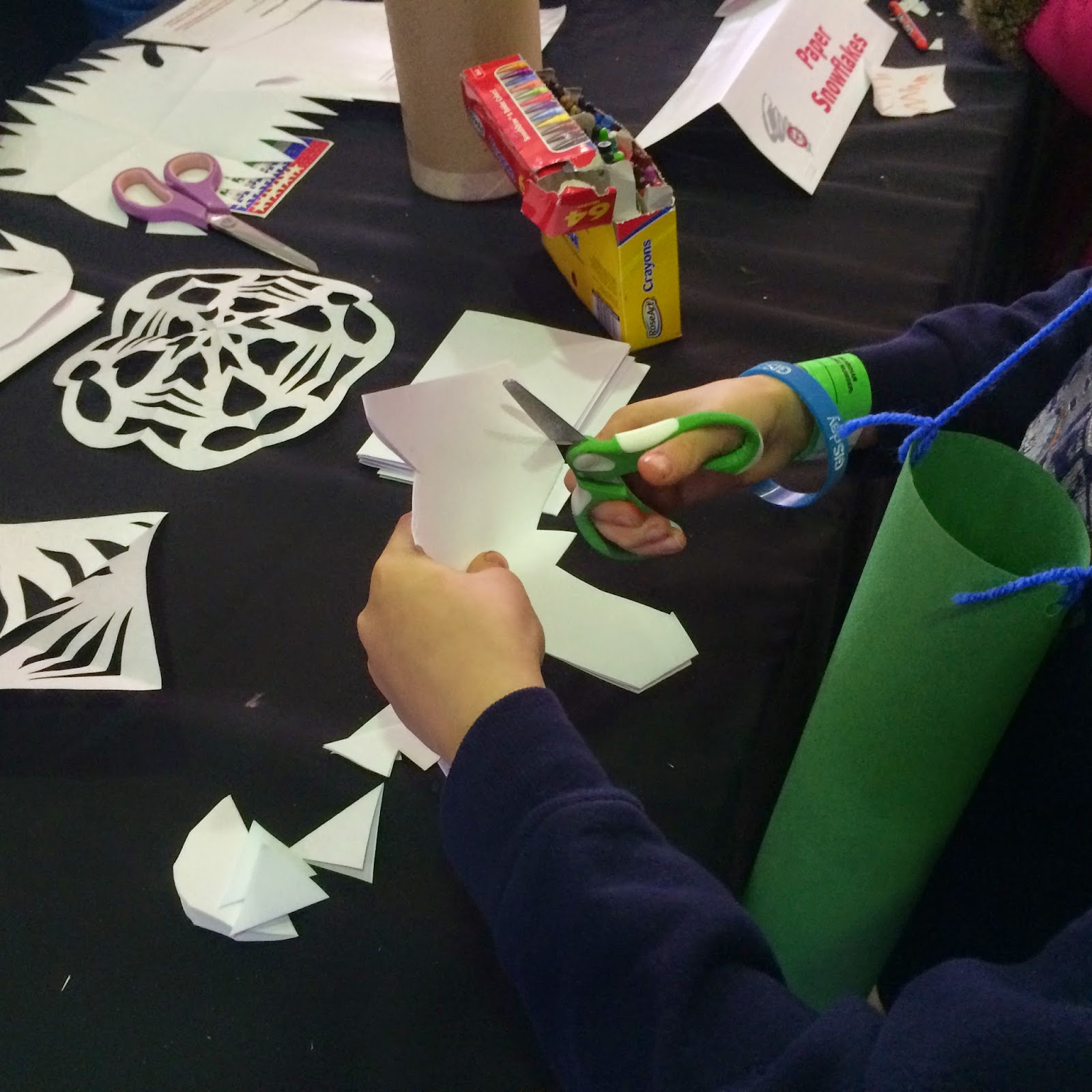 He made a rock 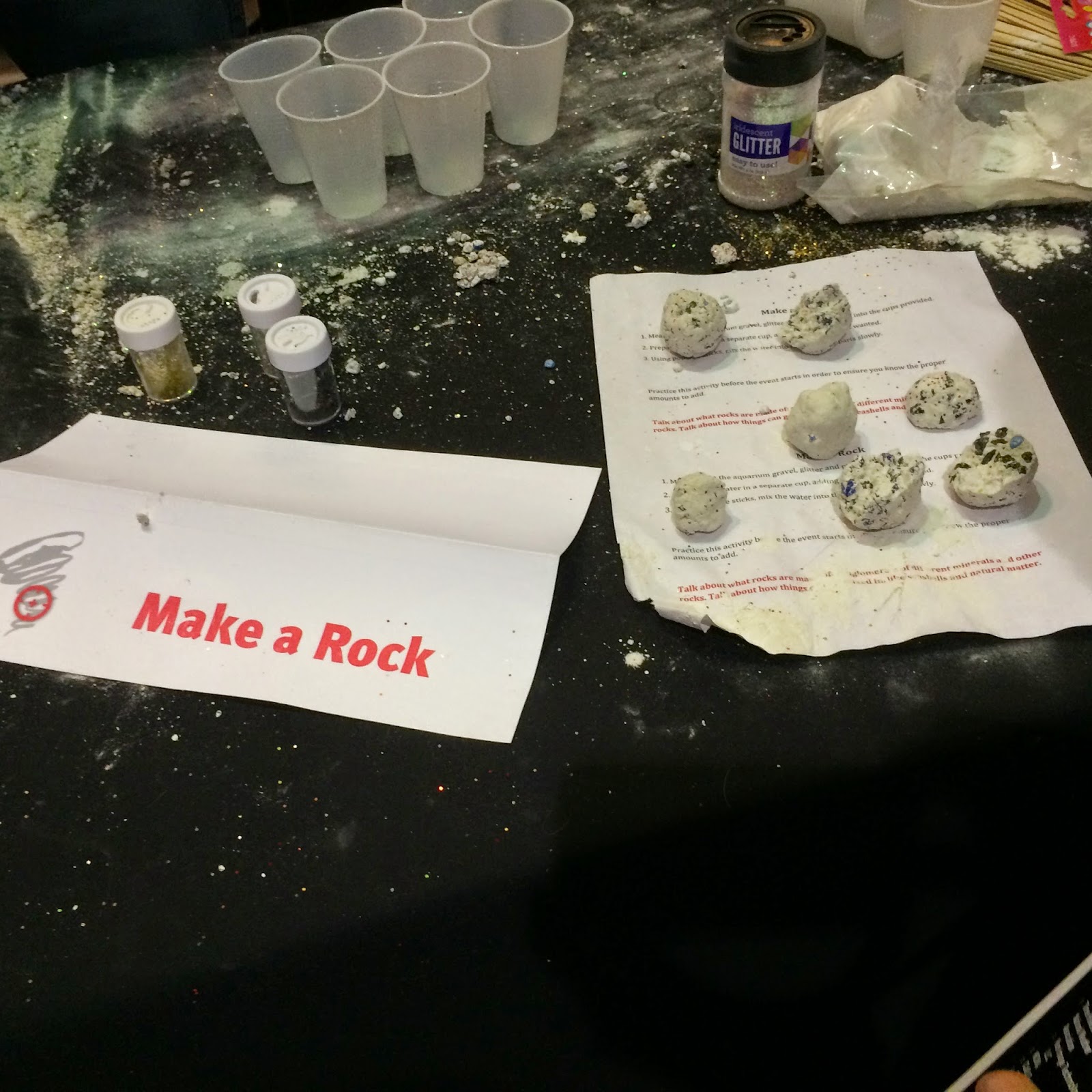 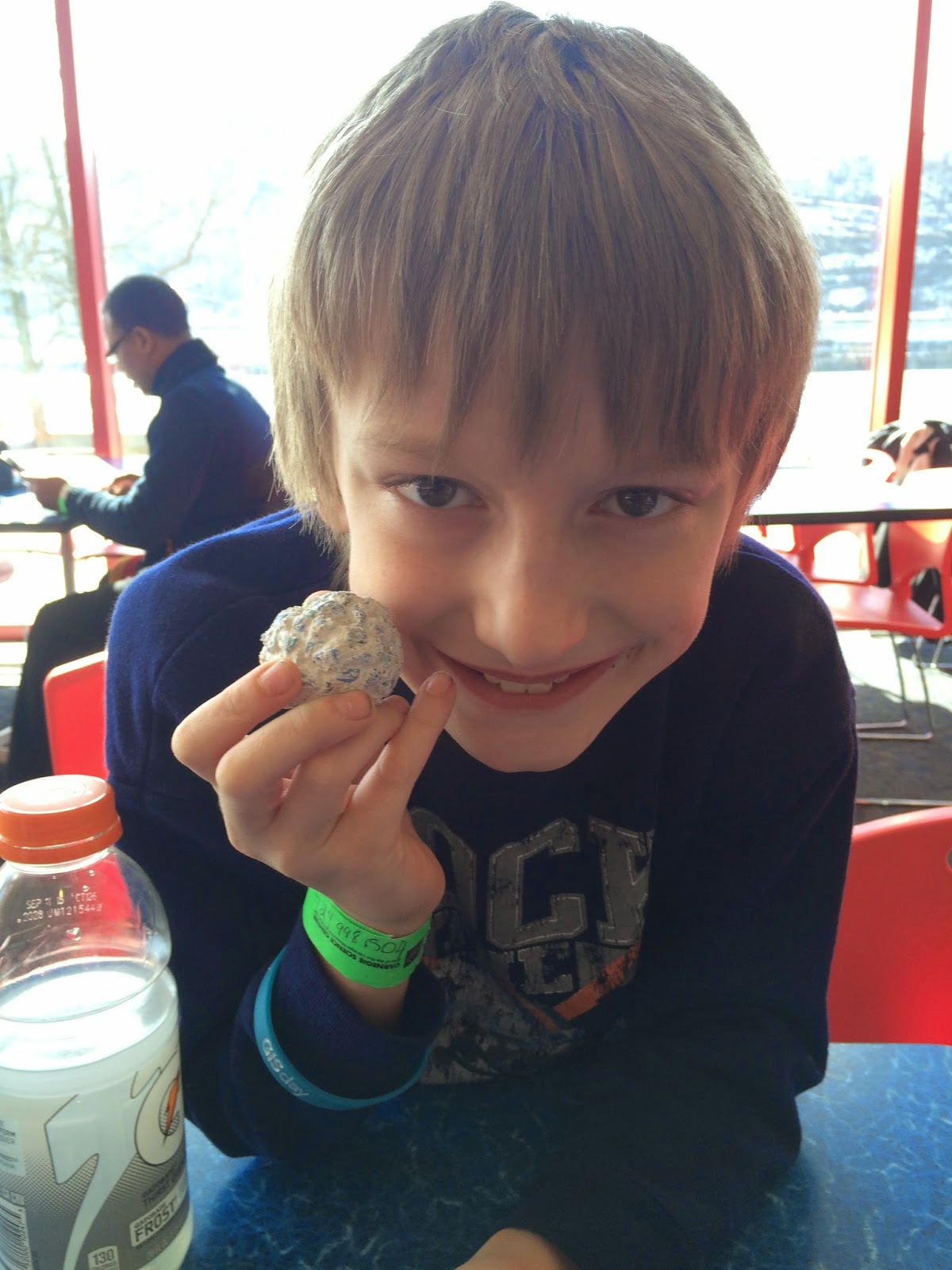 and many more fun weather activities. 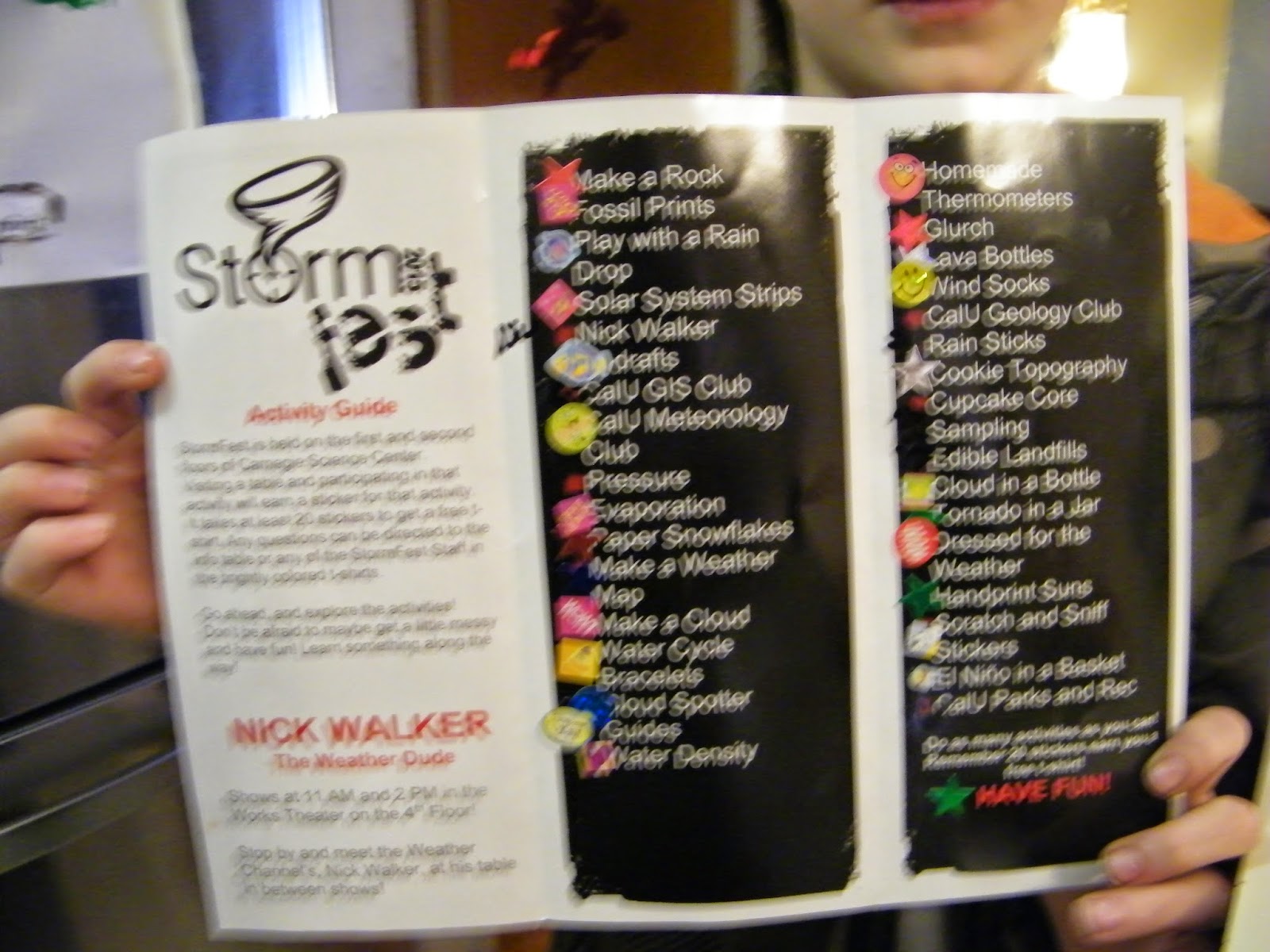 We also watched a show by the "Weather Dude" Nick Walker of The Weather Channel. 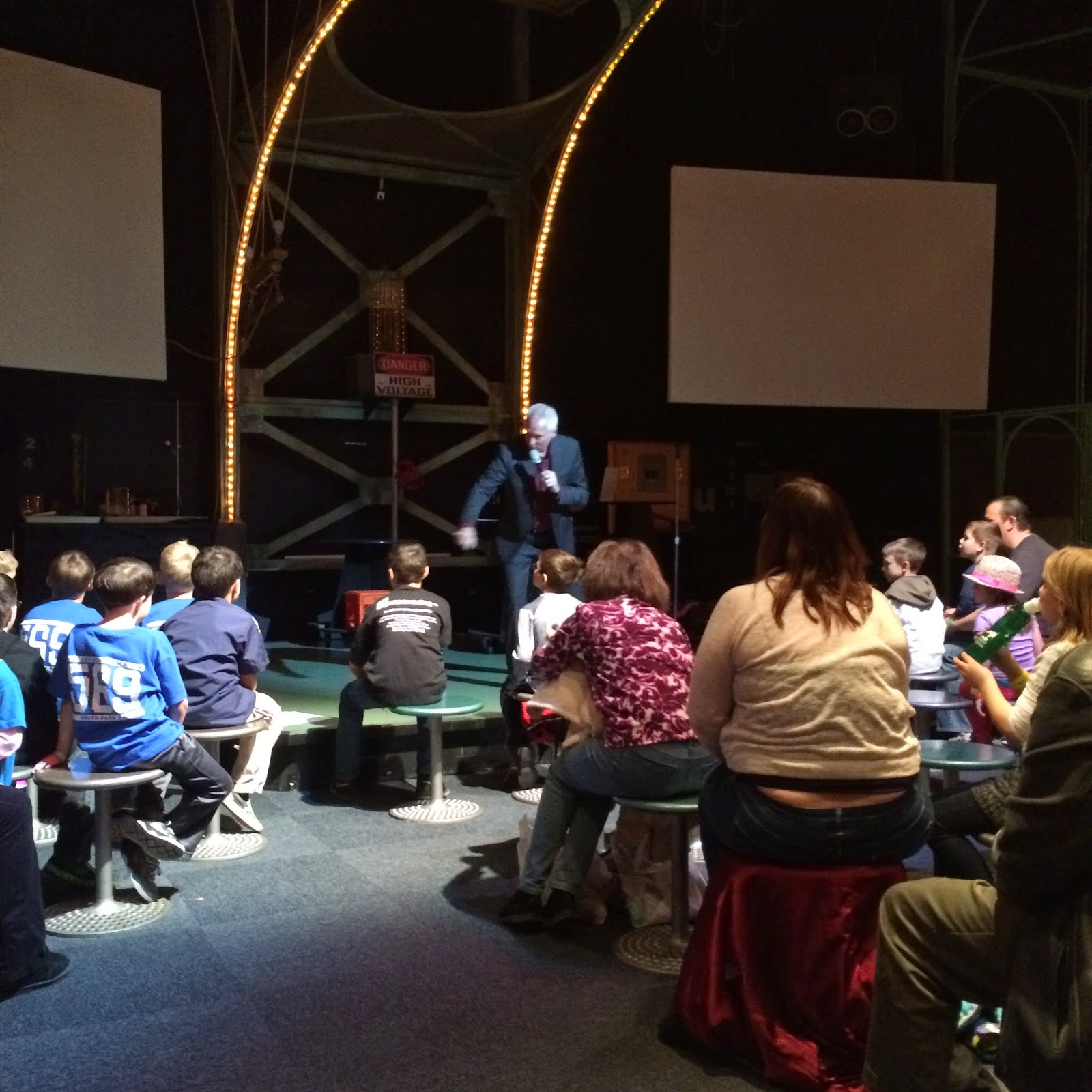 Nathan's name was pulled from the hat and he won a song book and CD by Nick Walker. 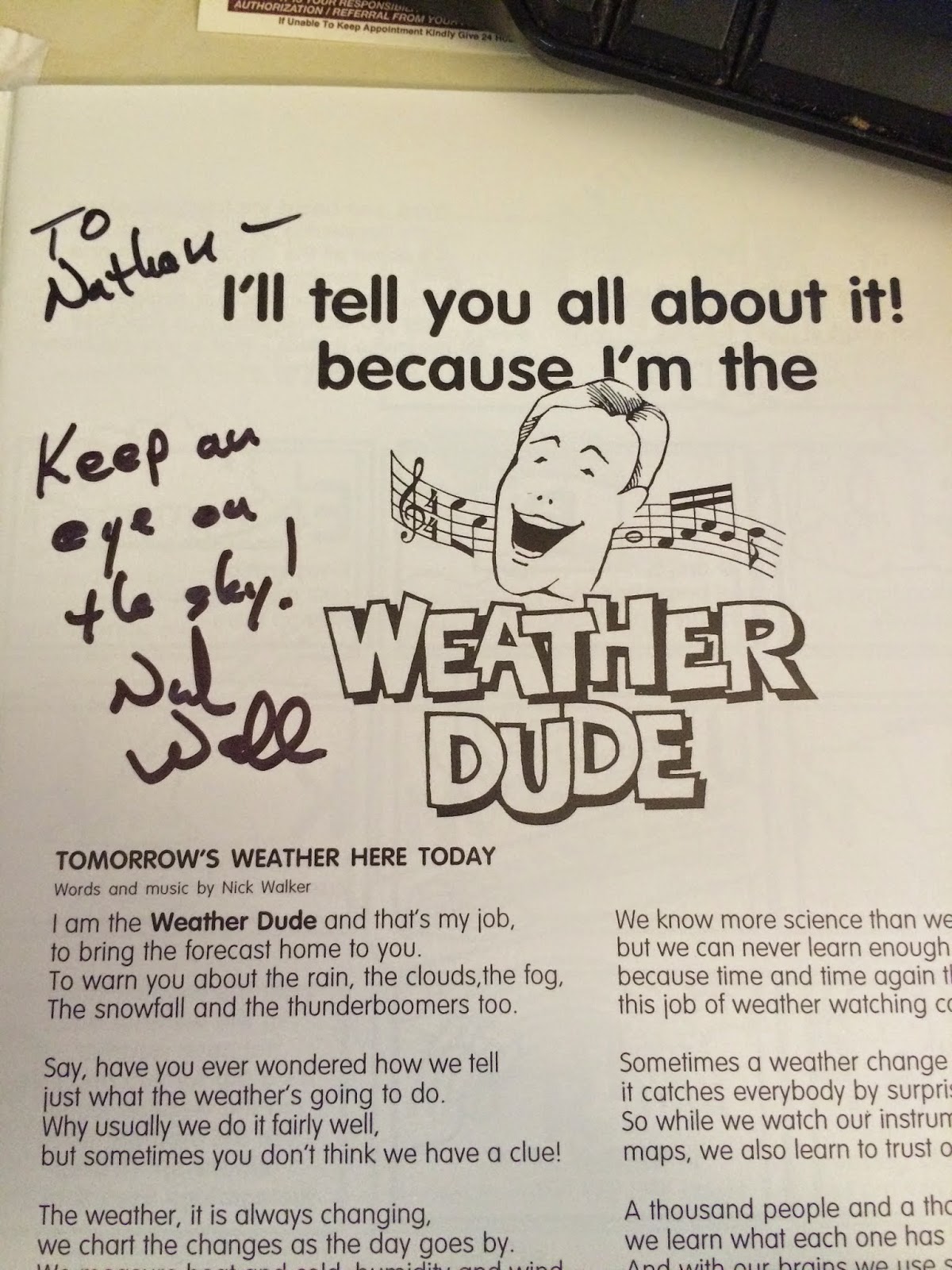 He also got his autograph and picture taken with him. 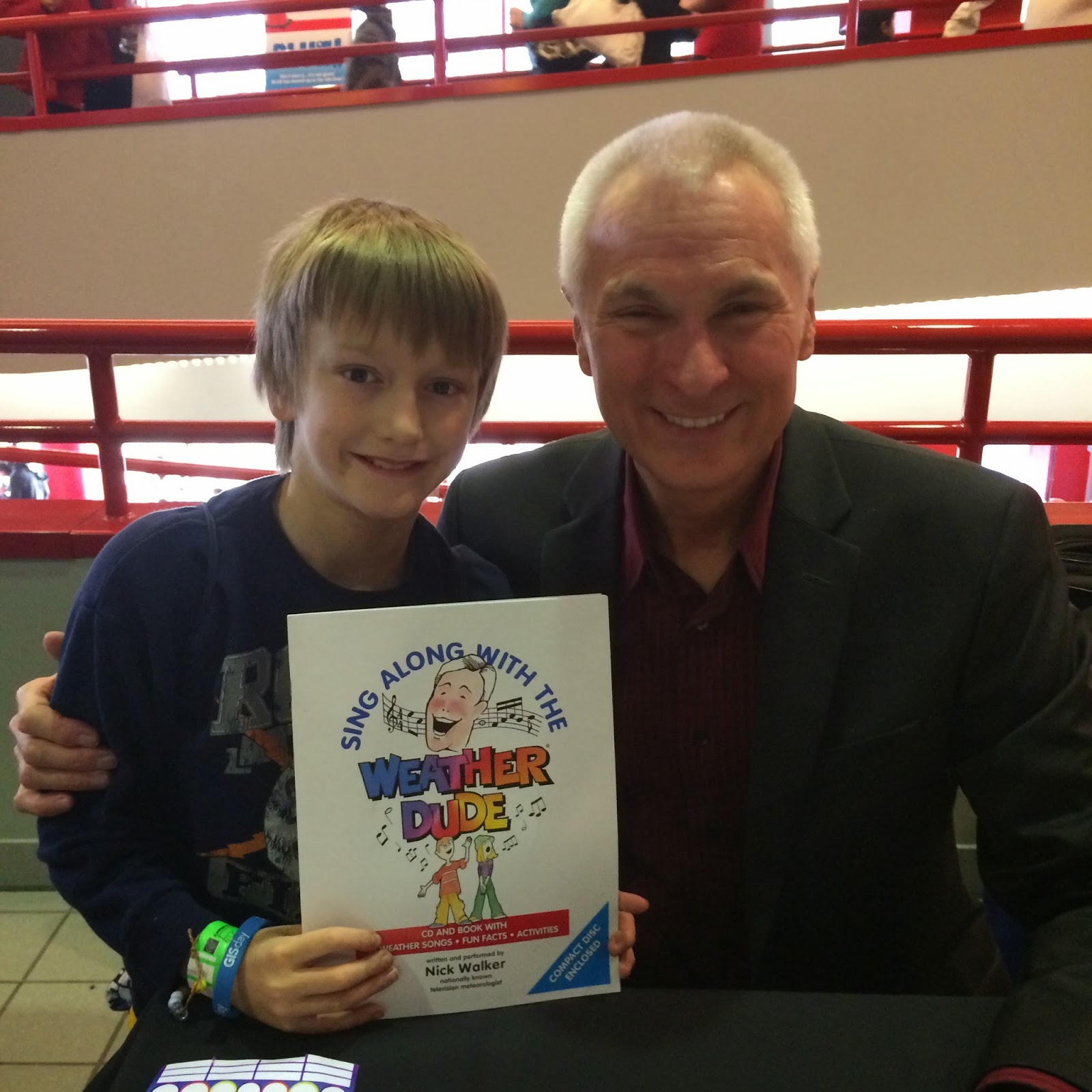 Then, we checked out an old retired submarine.... 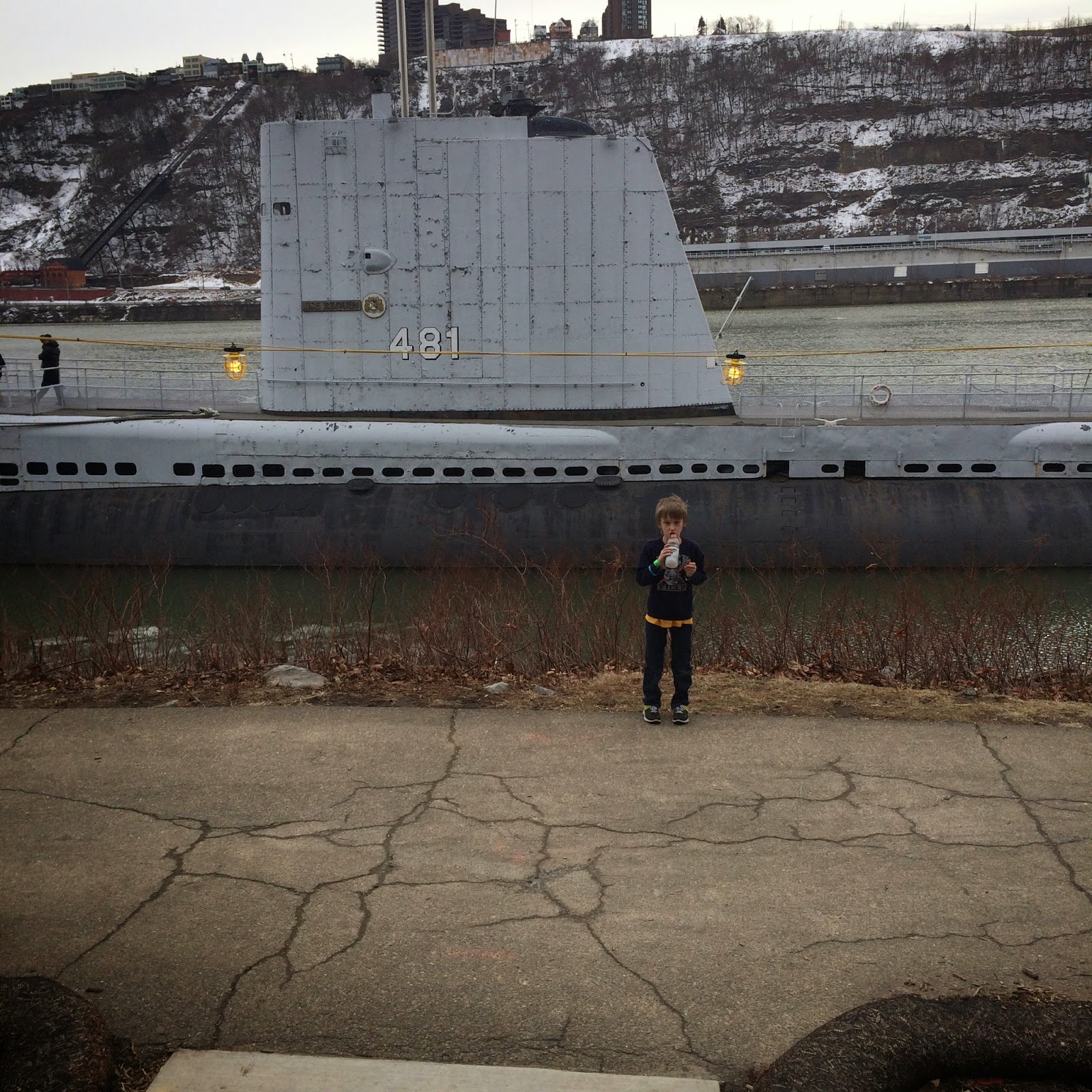 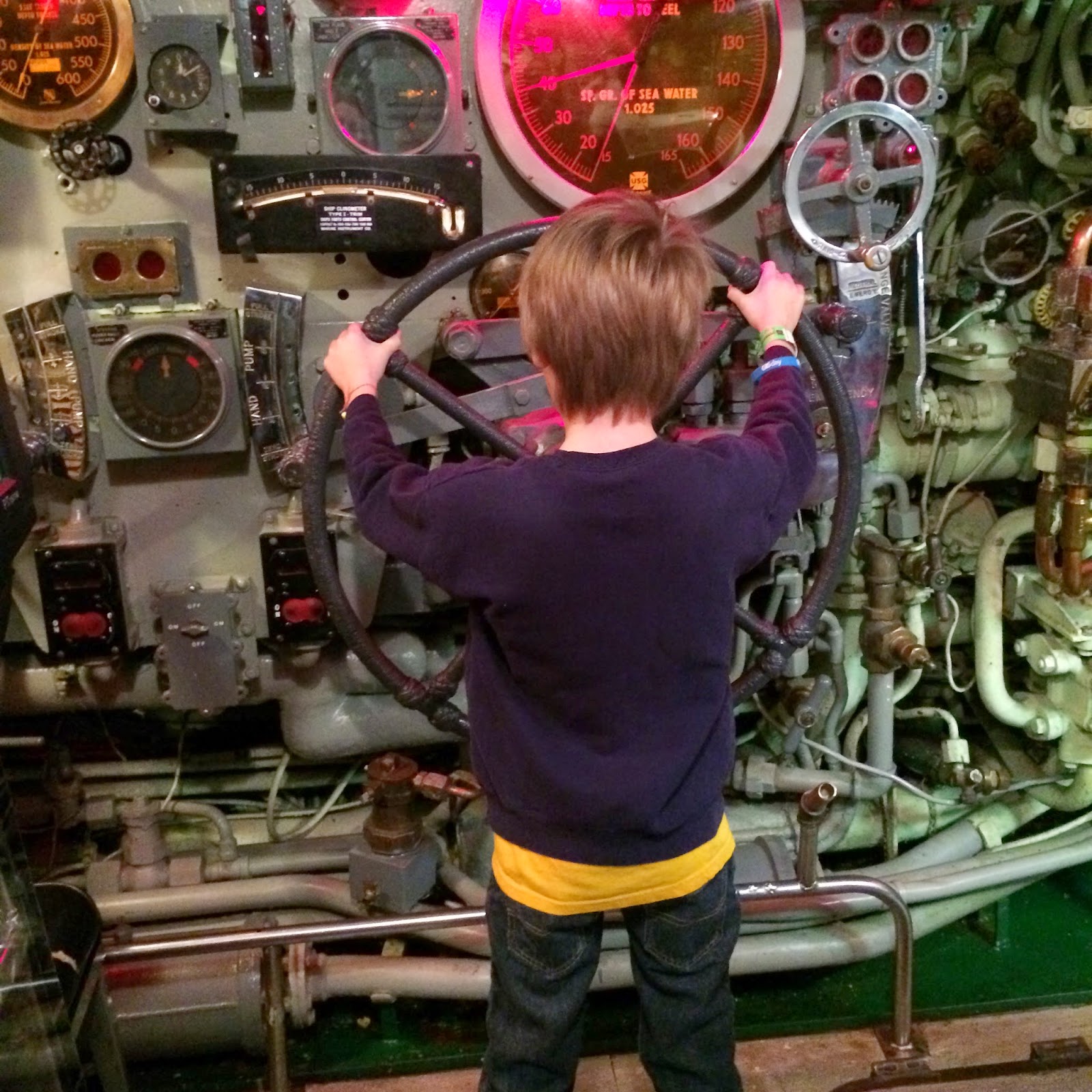 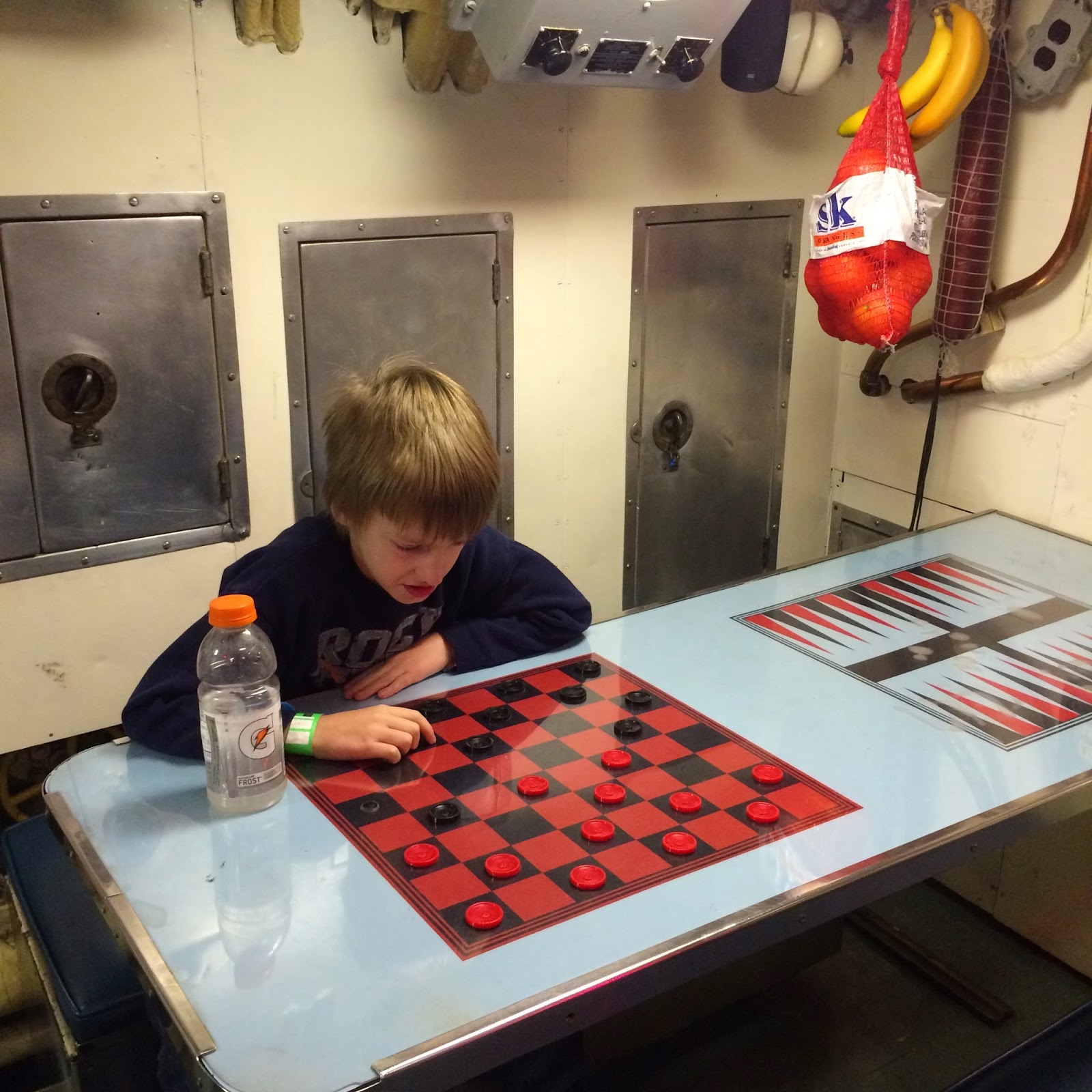 We topped off the trip with a stop at the Sports Work Center, where Nathan tried out a bunch of fun games and we took a ride through the human body.

It was a super fun day.

Posted by Charlene Juliani at 8:00 PM No comments: