what do you do with a block of dry ice?

why, fill up balloons, of course.

every month, my nutrisystem frozen meals come in a styrofoam container packed in dry ice.

i usually just throw the ice on the back porch and the boys watch it disintegrate
and release the gas causing it to smoke.

well, this month since we are working on science, I decided we should experiment with it.

we took some balloons and carefully (ok, so I wasn't so careful) filled them with chipped dry ice
you should really use some heavy duty gloves because the ice burns your fingers - just trust me on that ;) 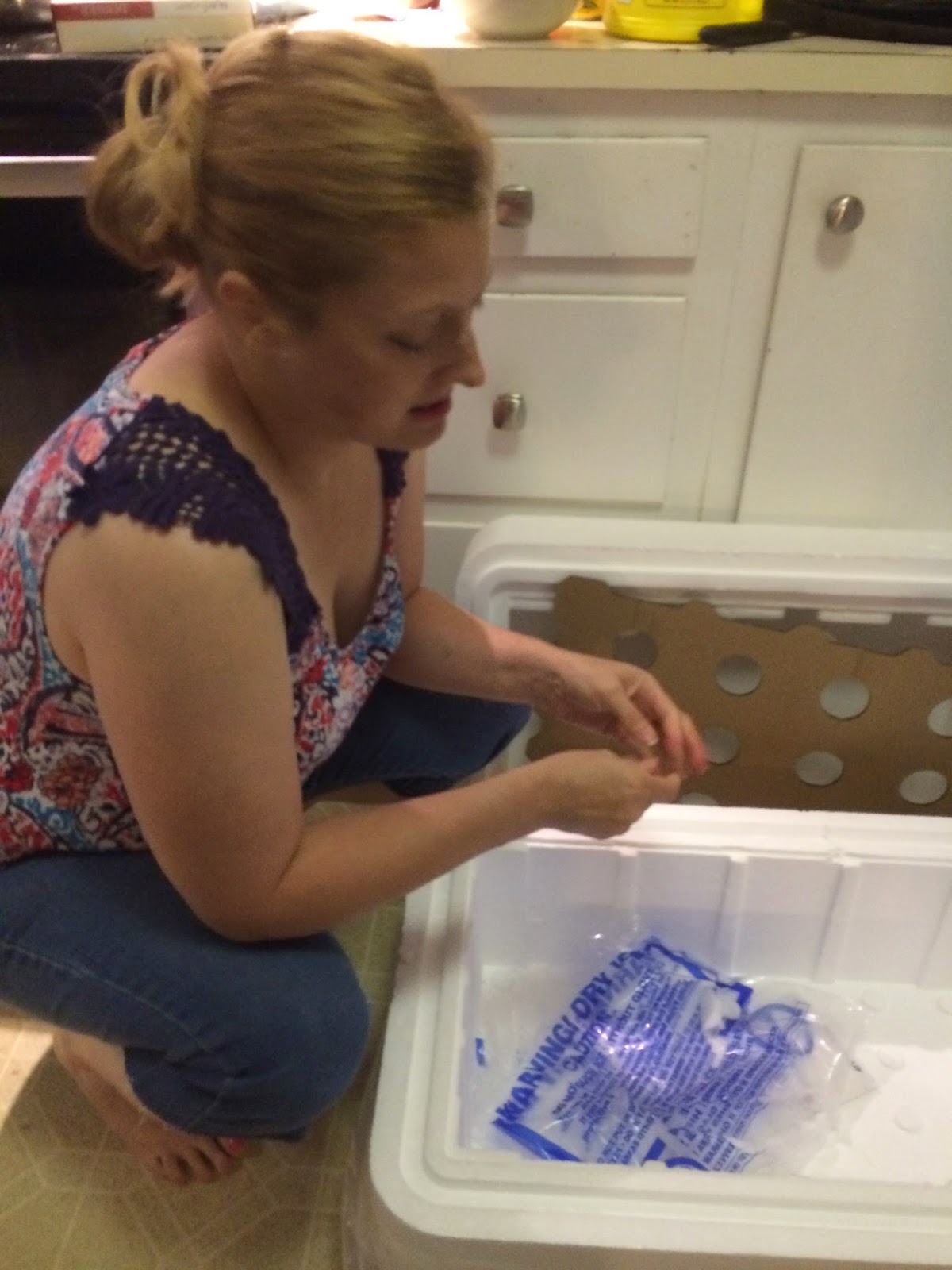 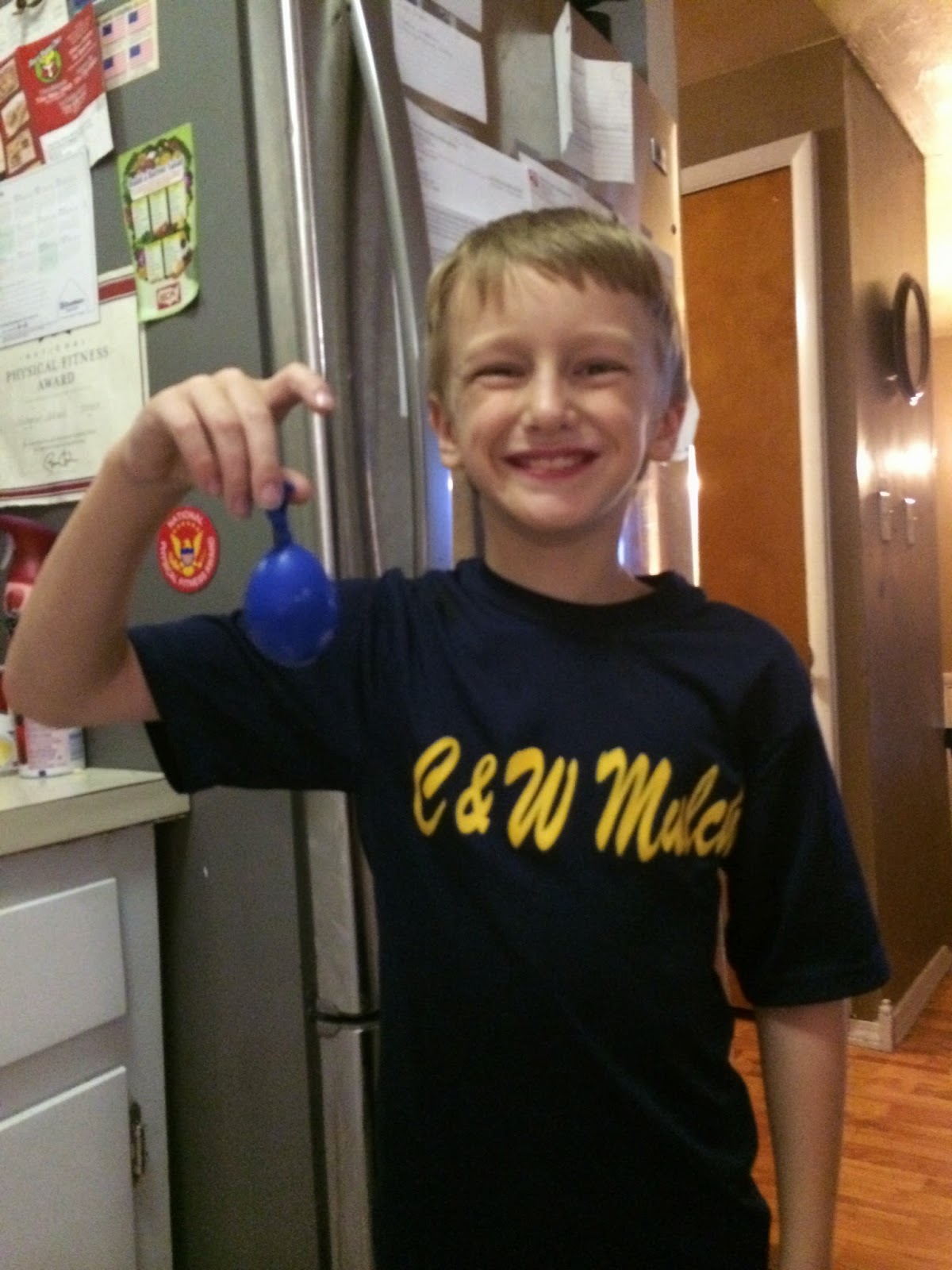 how does it work: 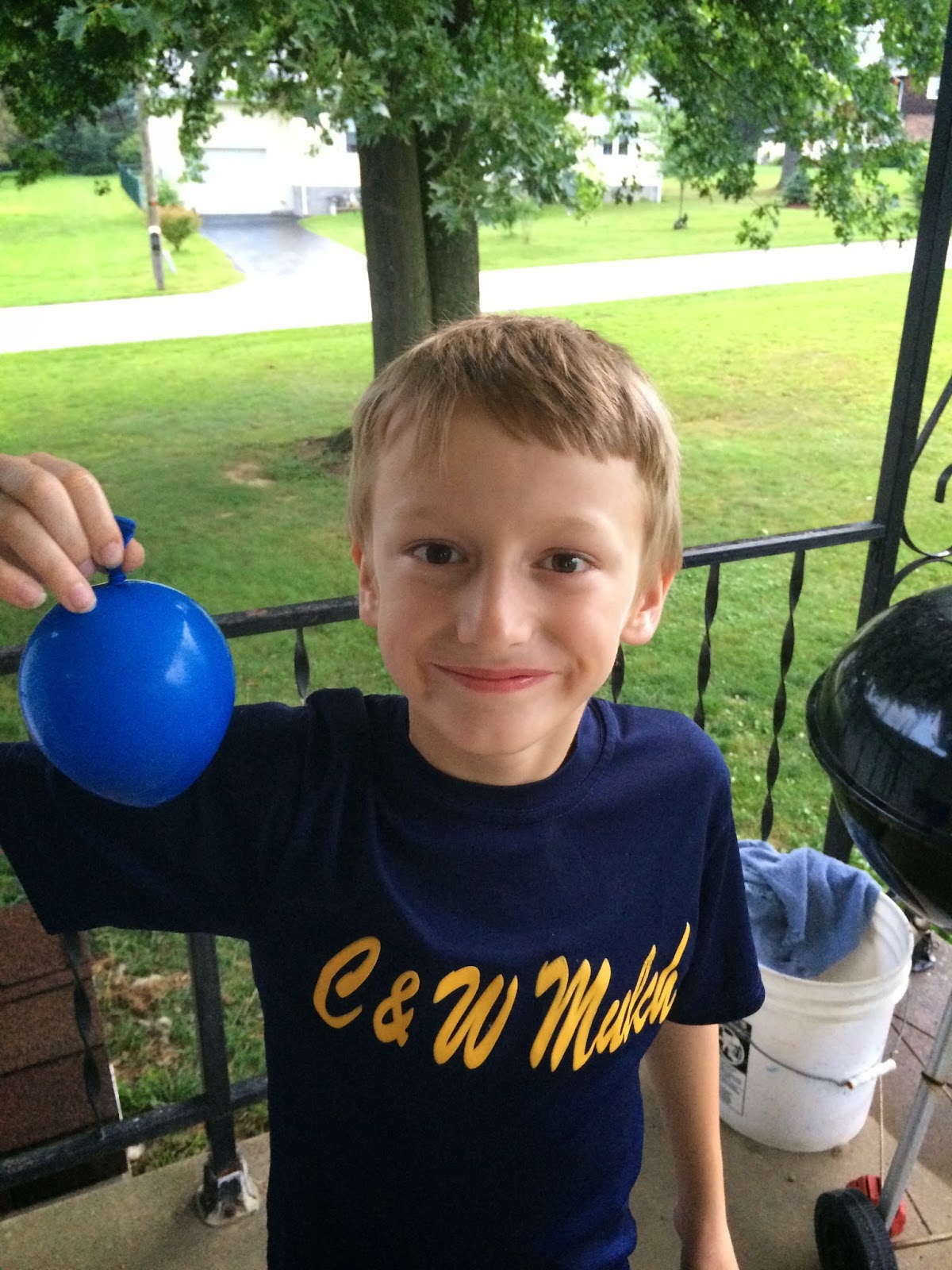 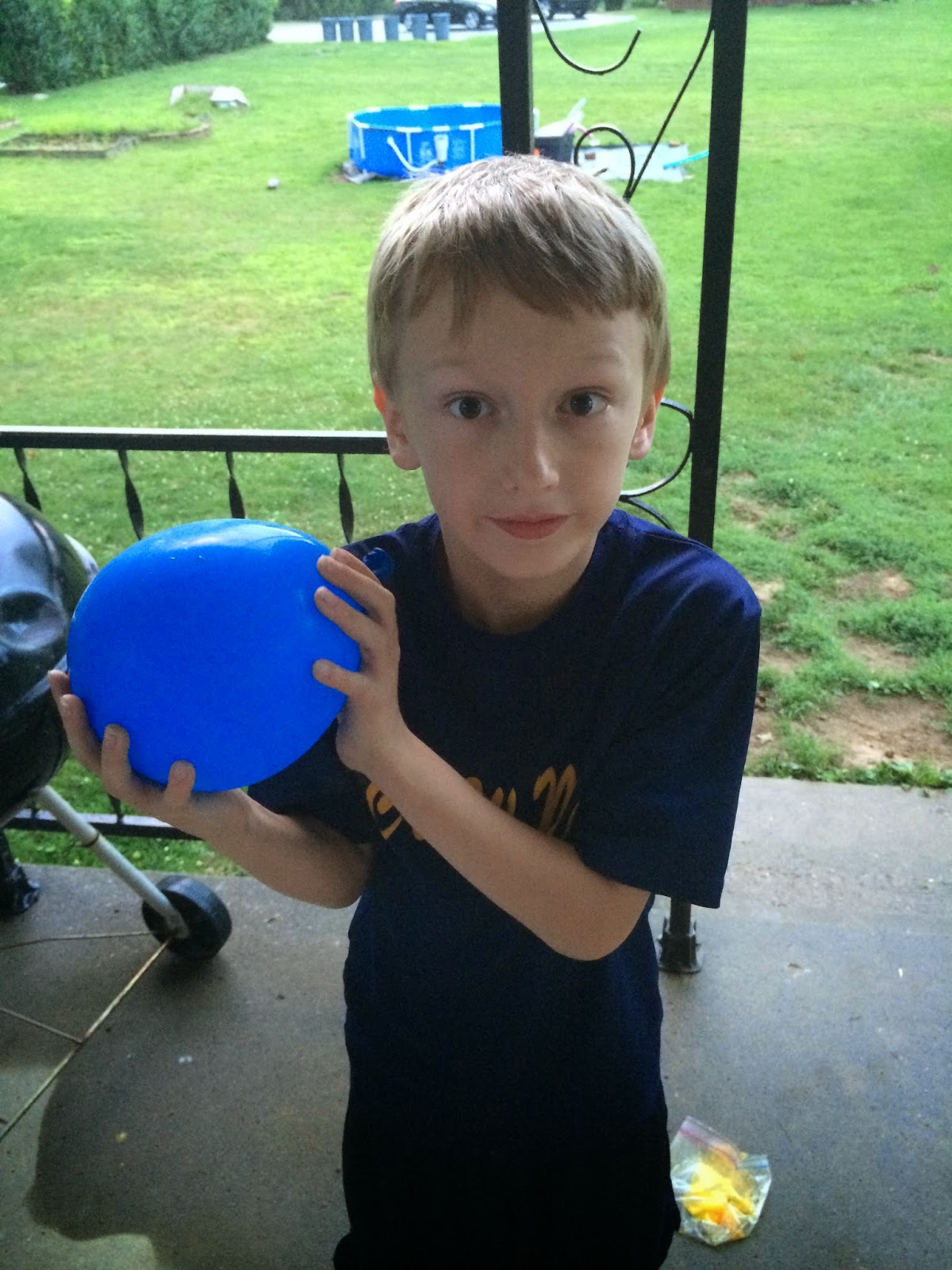 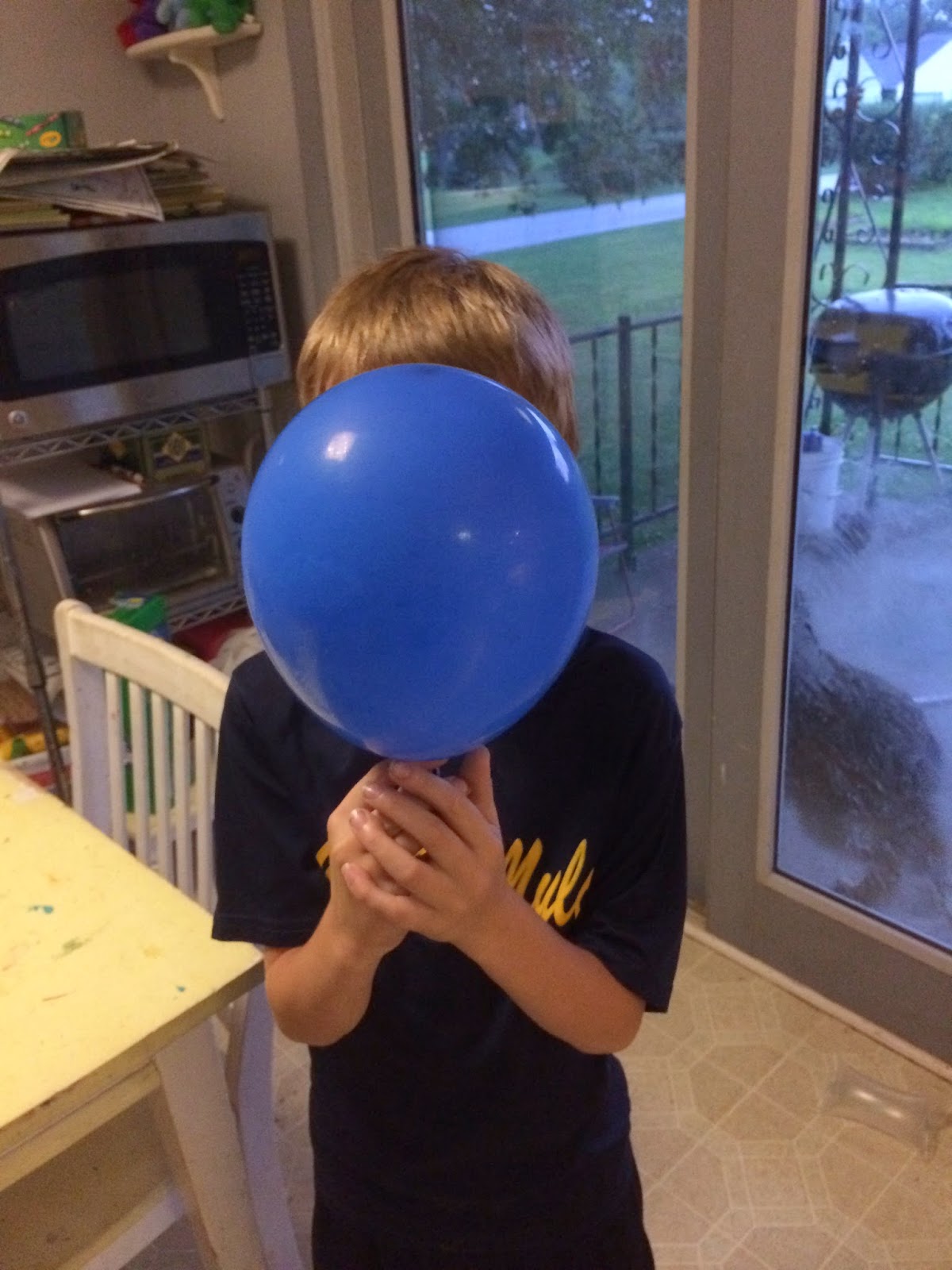 we did this several times, it was fun seeing how fast the balloons would blow up and whether or not they would explode from the pressure

we decided to throw them into a creek to see if placing them in warm water would make them blow up faster. 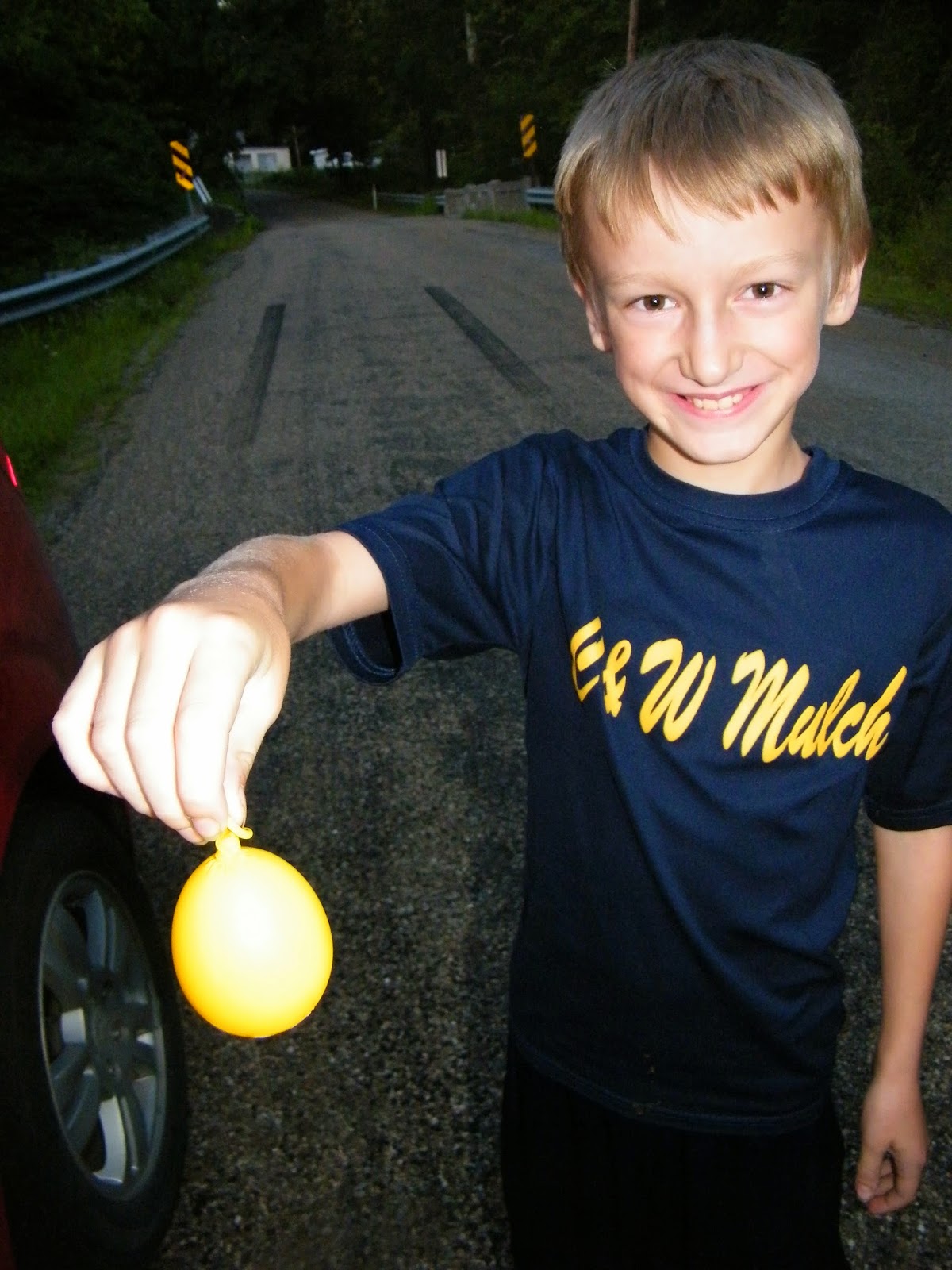 if you look closely, you can see the chunks of ice inside the balloon 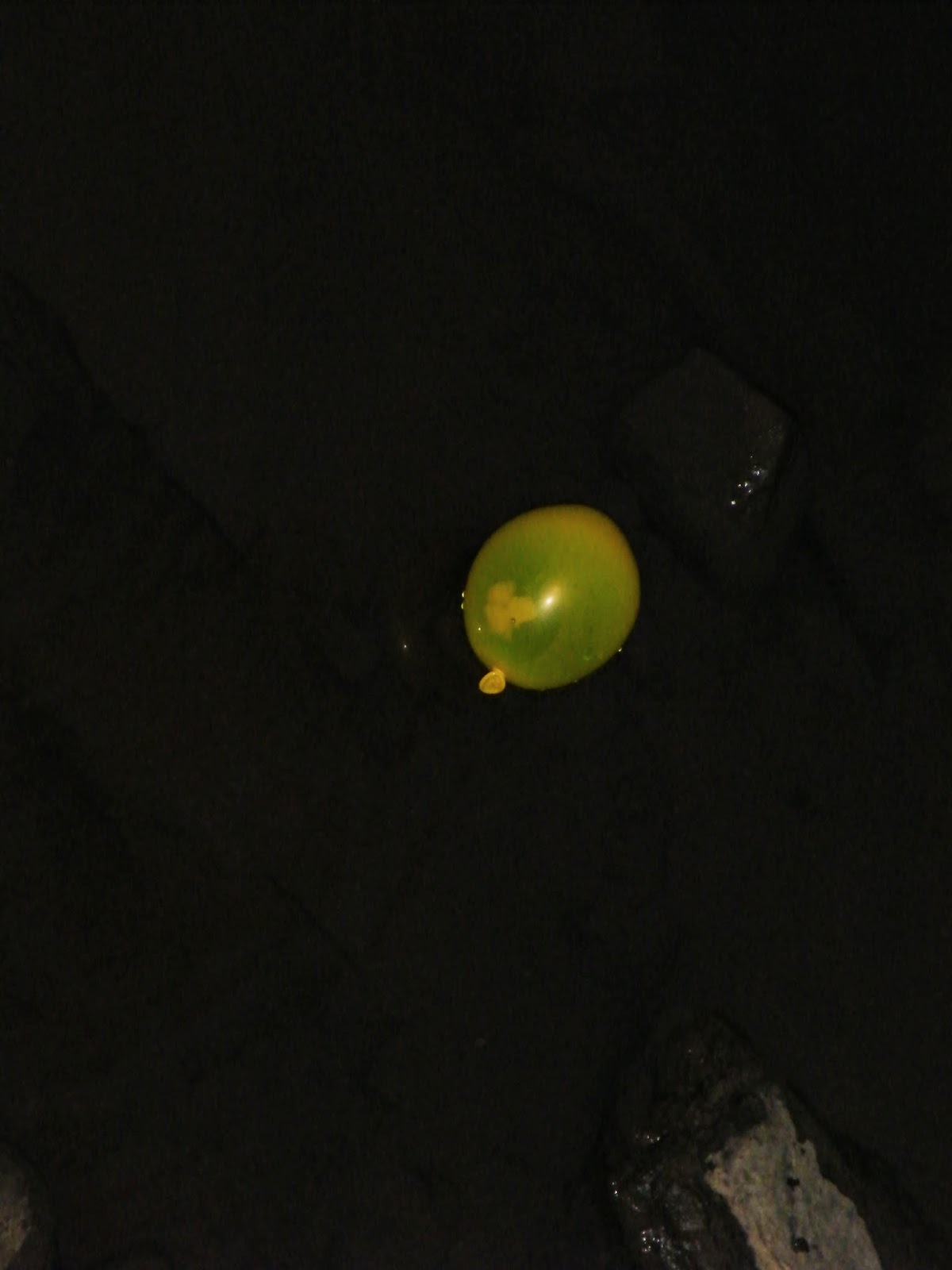 most of our balloons just traveled down the creek after they were filled up, a few of them even got stuck under the bridge and we couldn't see them anymore.

so that part of the experiment was a bust.

however, one of the balloons did pop after it hit the water. 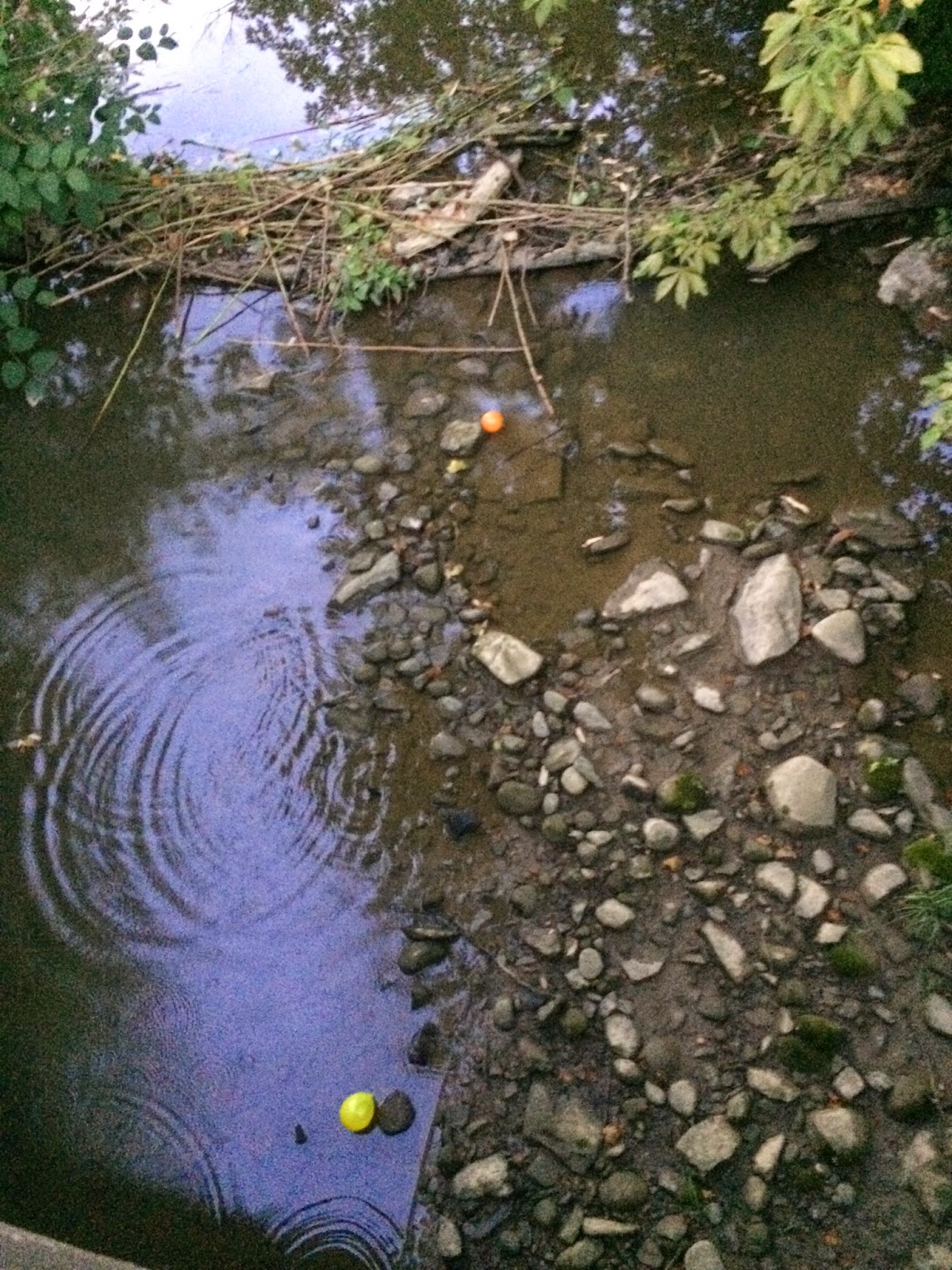 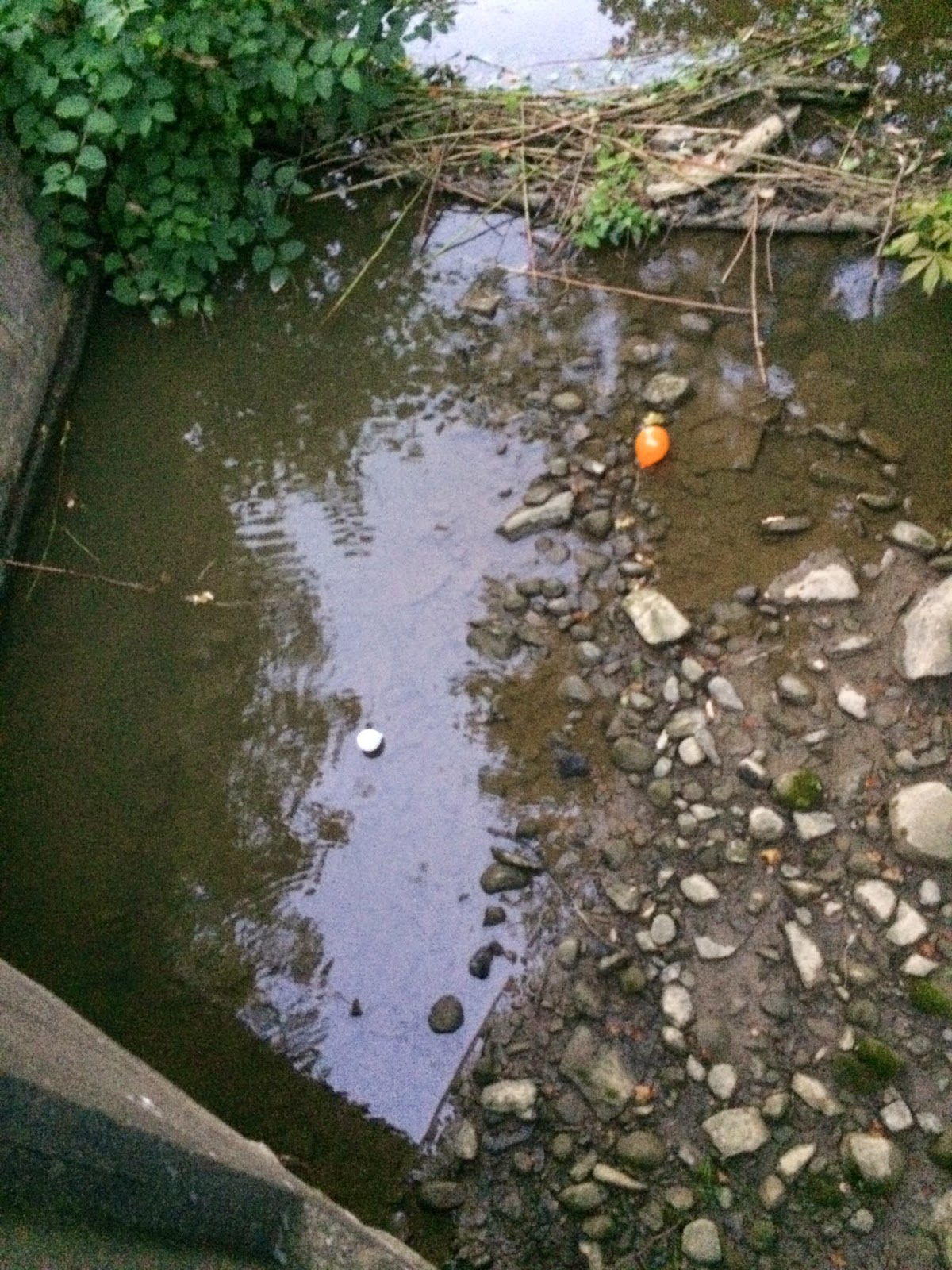 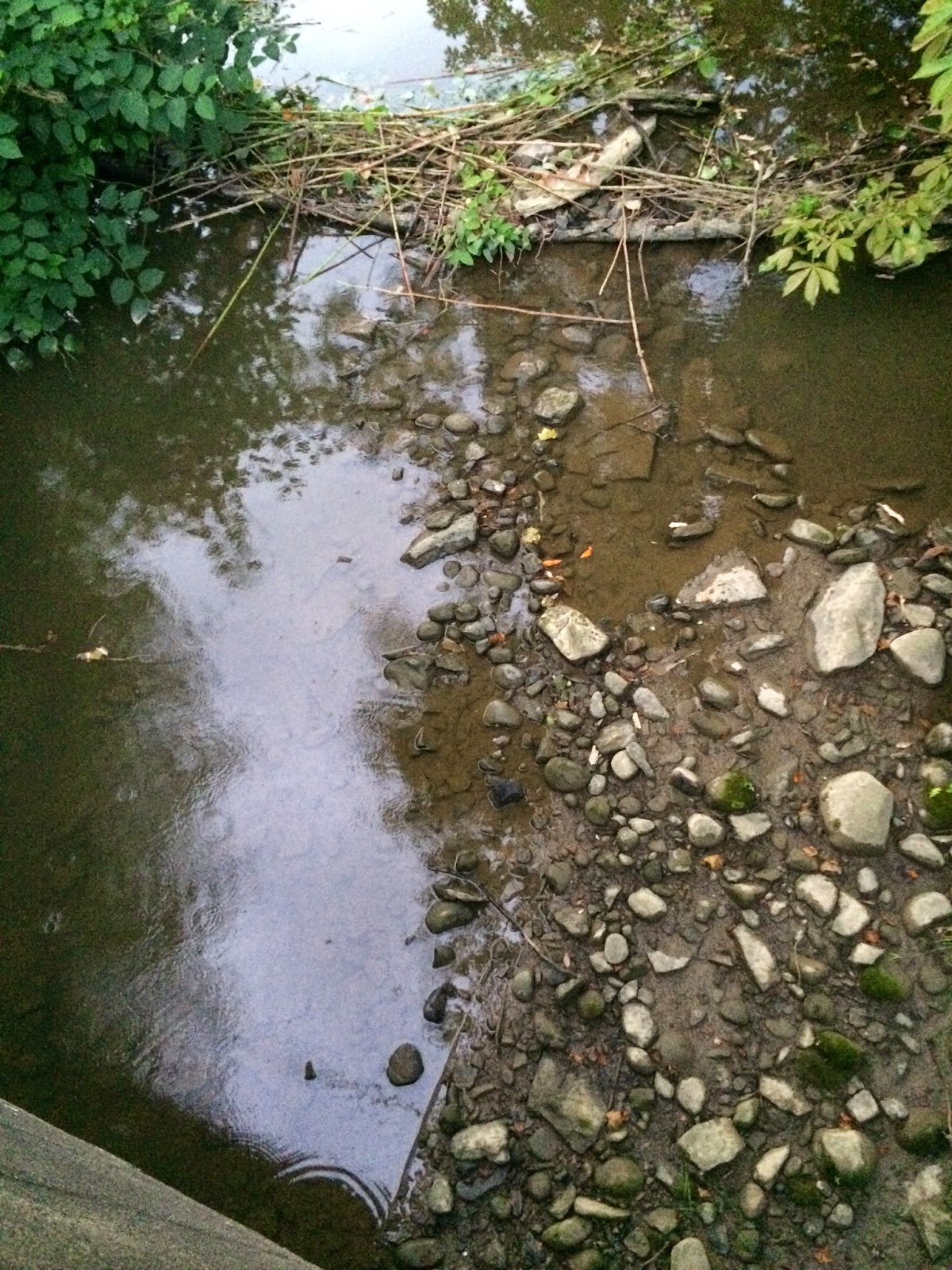 it takes anywhere from 5-20 minutes for the balloon to expand fully, depending on how big the balloon is and how much ice you put inside it.

and just like any other balloon eventually it will deflate.
Nathan was surprised when he woke up the next day and his balloon was small again.

Posted by Charlene Juliani at 2:05 PM