This past week was Open House Night for the parents at the high school and elementary center. I ended up skipping the one for Amanda and Anthony. I hate going to those things by myself and Amanda went on a date with her boyfriend and Anthony had a lot of homework to do. Plus, I was still sick and only on day 2 of the z pack, but it's not that big of deal to skip their's since they usually do so well in school.

I did manage to suck it up and go the next night to the elementary school for the younger kids. The teachers usually have some nice displays of the kids' work thus far and I think Sarah's teacher won the prize for being the most creative (albeit creepy as well.....you shall see). They are all doing well so far as in behavior and such. Nicholas is still struggling with reading and we all got a good laugh at his expense, because although he got an "A" and only missed one word on his spelling test....he spelled his own name wrong on it, LOL! I really need to work with him some more on that one, but you would think since he's in the second grade he would remember how to spell his name! 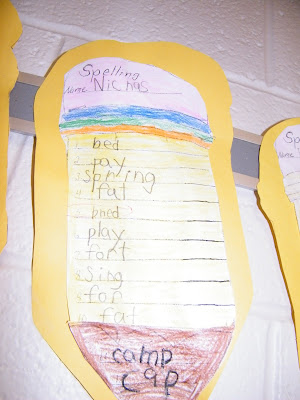 The all elusive spelling test 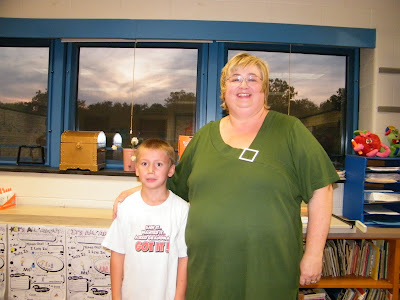 Nicholas with his teacher 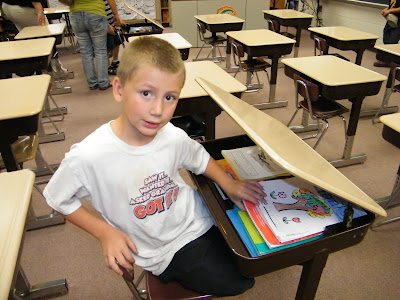 Showing me his desk....how come his room doesn't look as neat as this?! 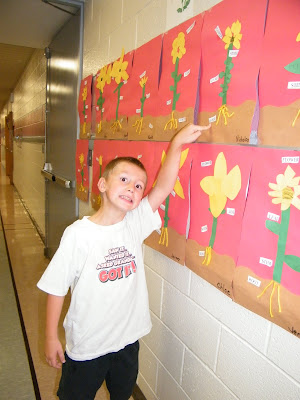 Using his best Vanna White impression - showing me which one is his. 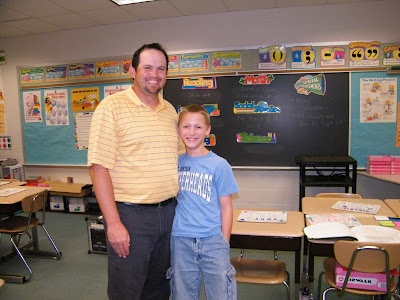 Zachary with his teacher, again 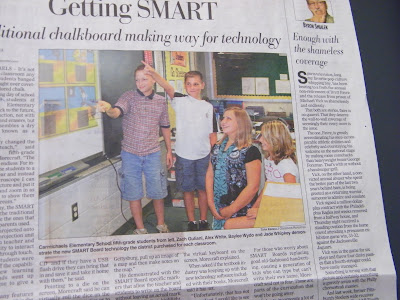 He was in the newspaper and I didn't even know it (of course the paper spelled our last name wrong!) See that's him on the left. 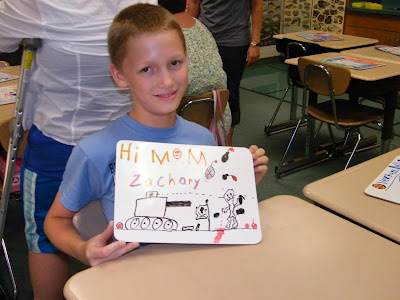 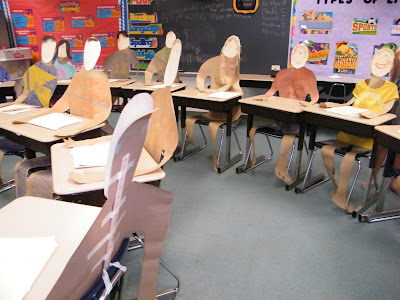 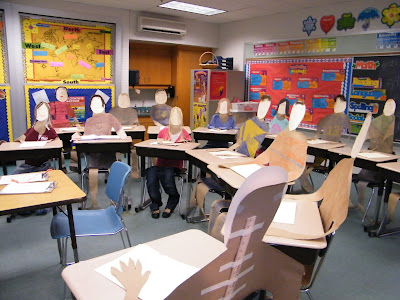 Isn't this really cool and yet, kinda creepy? A friend of mine was there with me and she was like it gets creepier the longer you're in here...and she was right, lol! 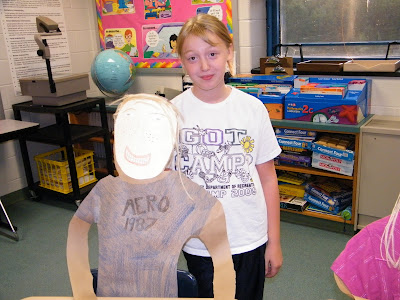 Sarah with her "twin" 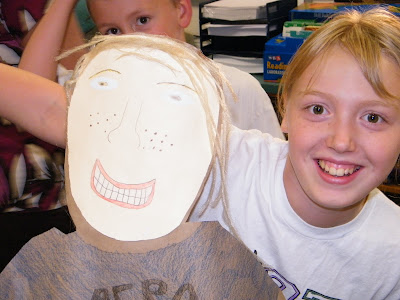 So that's what it would be like if Zach had been a girl!? 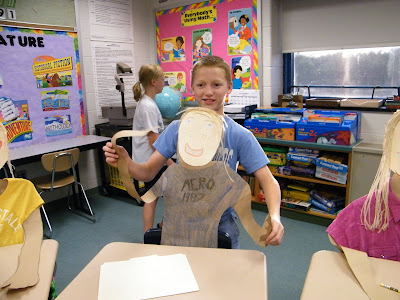 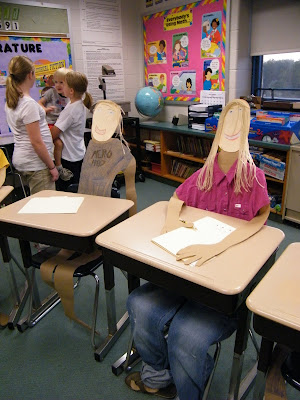 this one even had pants and shoes on....so weird! 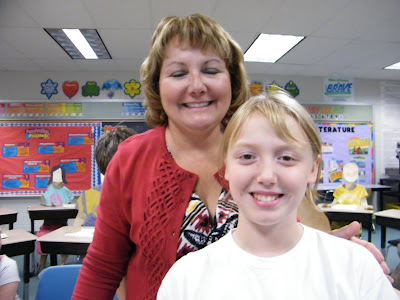 Sarah with her teacher

This was only one of the cool projects that Sarah's teacher had on display. They also made these newspaper front page things that had a news story, their heroes and other favorite things. It was a nice little project as well and it was super cute seeing that Sarah's hero was her daddy. She made a short paragraph about his accident and how he got hurt taking down an inmate and the huge scar on his back from the surgery...it was cute, but the pic I took of it came out kind of blurry so I can't share that. Her front page story was all about how she hit a triple during one of her baseball games last summer - she was (and should be) so proud of herself.

Great night, even though I was sick.

Posted by Charlene Juliani at 12:18 PM

Looks like its going to be a good school year.

Good for you going even though you weren't feeling well. Otherwise you might have missed the "kind of cool, kind of creepy" faux students! And you're right, it was weird, in a cool kind of way! LOL!

Great bunch of kids you've got there!