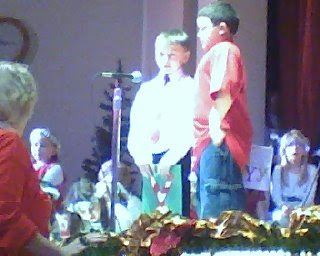 Nicholas' first grade program was this morning. The program was great and all the kids did a great job. I was very proud of Nicholas! He did all the motions and sang all the words to the songs. I think he was a wee bit nervous when it was his turn. But, at least he had a buddy doing the part with him so that helped. And best of all Nicholas looked so nice and handsome. He dressed up in his suit pants and a nice white shirt and a red clip-on tie. He looked adorable! I'm going to have to print out his picture and give it to Terri, since she gave him the suit. It was one her son outgrew. 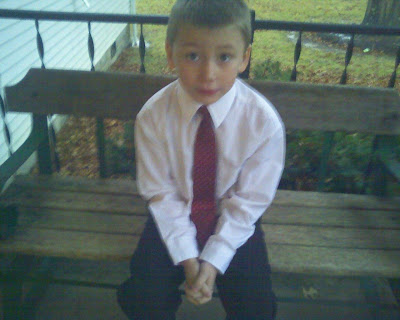 Posted by Charlene Juliani at 3:11 PM