Rumble In The Jungle 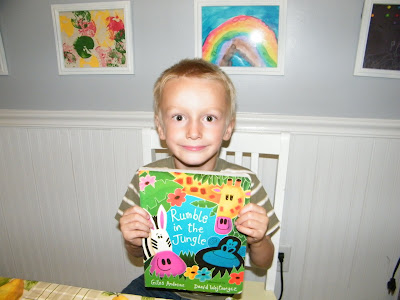 Rumble in the Jungle written by Giles Andreae is a clever tale of animals that live and hide in the jungle.  The story is told in rhyming verse and the illustrations by David Wojtowycz are bright and colorful.  Traveling through the book you will see jungle animals in their natural habitats and learn a few details about each one...such as the Crocodile "When animals come to the river to drink.  I watch for a minute or two.  It's such a delight.  To behold such a sight.  That I can't resist chomping a few."
Since the book is about finding the hiding animals, Nathan's craft for the day was to make a jungle and hide some animals.
For the craft we used construction paper, glue and wooden animal cutouts that I found at The Dollar Tree.  If you can't find the cutouts, then I would recommend using printables and coloring and cuting those out to glue instead.  Or perhaps, cut pictures of animals from a magazine...A great resource for that would be some old National Geographic magazines if you have any. 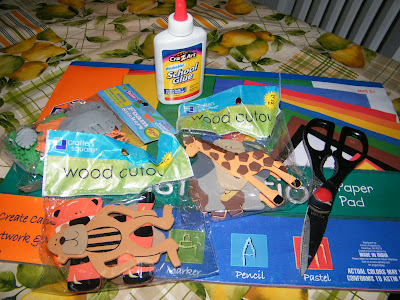 We used black and green paper.  We glued one of the edges of pages to the other and then cut the green paper into strips (to the glued edge). 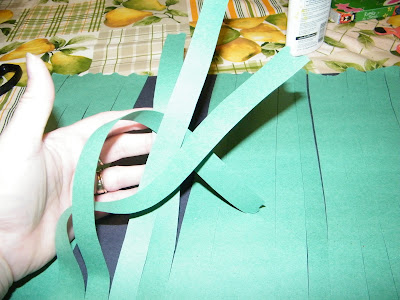 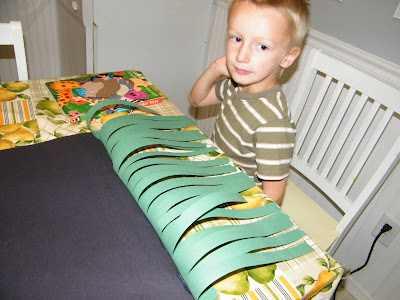 Then Nathan glued the animals to the paper. 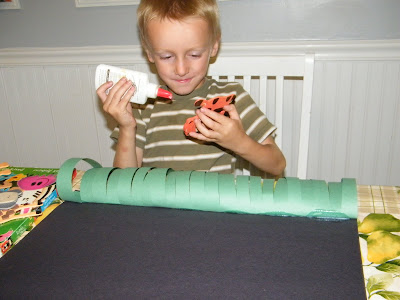 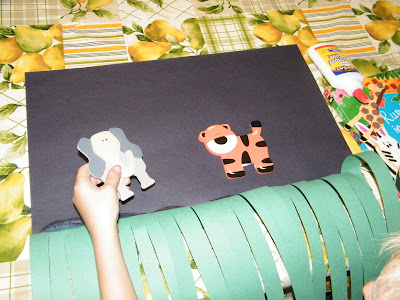 And now Nathan can look for jungle animals too.... 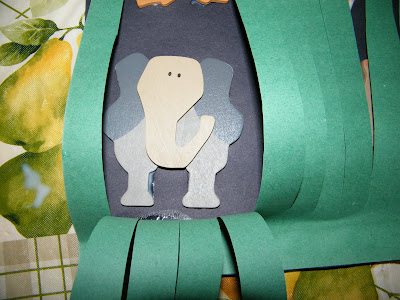 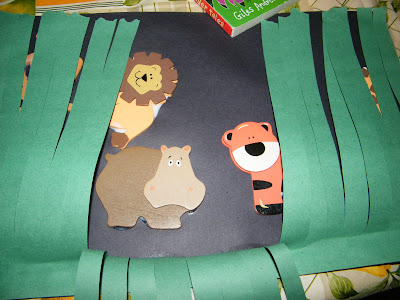 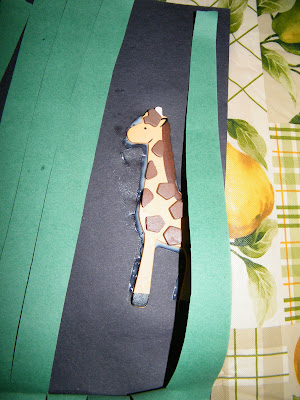 He also made a jungle scene using foam stickers (I think I found them in Target's Dollar Spot). 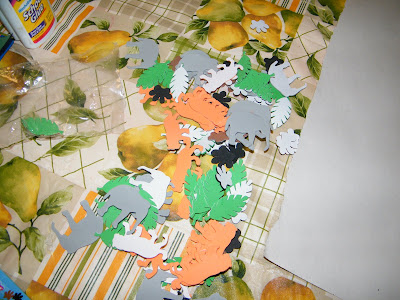 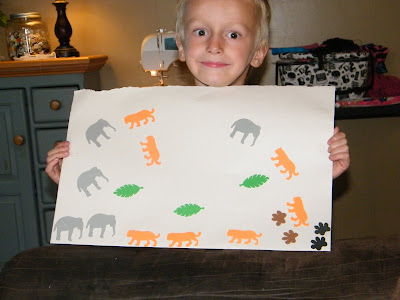 *Disclosure: I received the book Rumble In The Jungle from Tiger Tales for review purposes only.  The opinions herein were not influenced by Tiger Tales in anyway.  The craft ideas are mine.
*Linking to....

Posted by Charlene Juliani at 6:19 PM

This is such an adorable activity - my daughter would love this. A very cute way to re-read the story with the animals once completed too.

Would love to see you link up to this week's Sunday Showcase - http://momto2poshlildivas.blogspot.com/2011/08/sunday-showcase-child-centered-linky.html

So cute! Love the animals

We love that book! We read it almost daily. I'll have to try that activity too. Super cute.

Great craft. We also love this book. Thanks for joining WMCIR!

Anything hidden is popular here - so the book and the craft would both be much enjoyed!

I just love the craft, how simple and neat at the same time. Even without the book, my son would enjoy doing this. Thanks!

believe that is factual, not less than for me. It will not be argued that bodies are different; some of us require many of as want our child to , or workout, or calm time, or anything, while other ones require.