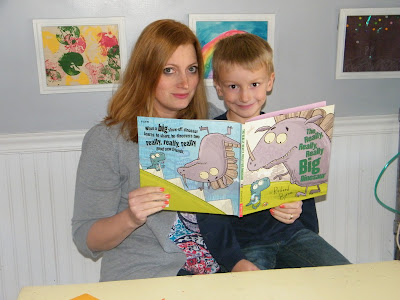 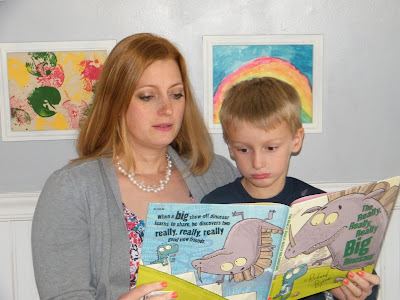 The book is about a little dinosaur named Jackson, who wants to share his jelly beans with his friend.  While he is waiting for his friend to wake up from his nap, he splits the jelly beans up into two piles.  Along comes a big dinosaur who wants all of Jackson's jelly beans.  He tries to bully Jackson into giving him the jelly beans, but Jackson won't give them up.  This cleverly written book is a great platform for bullying that even young children can understand.
As you read the book see if you can find the hidden character and discover if the big dinosaur gets away with his bully behavior or not. 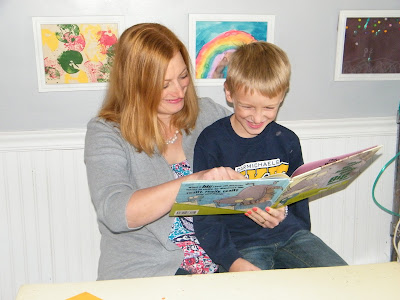 After reading the book, Nathan and I made our very own dinosaur.
We painted two paper plates (we only used one, but we painted two just in case). 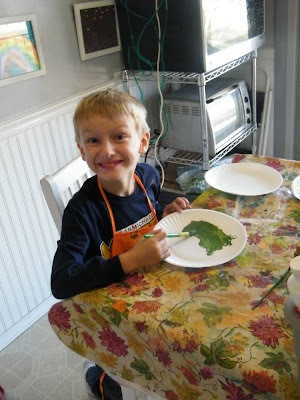 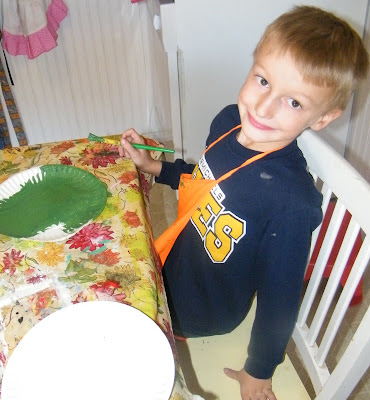 Next we cut one plate in half
cut the rim off the other half and four rectangles for legs, an oval for the head and a small piece for a fin for the head.  We glued a wiggle eye on it's head.  The rim we cut into a tail and a neck. 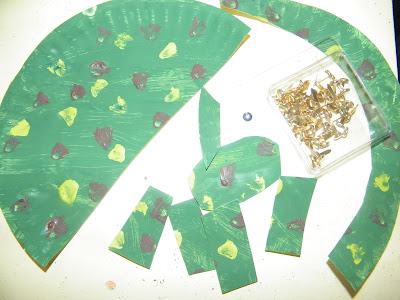 We punched holes and used brad fasteners to hold everything together so he can move the legs, neck, tail and head and play with it. 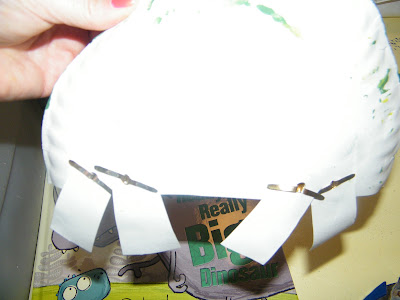 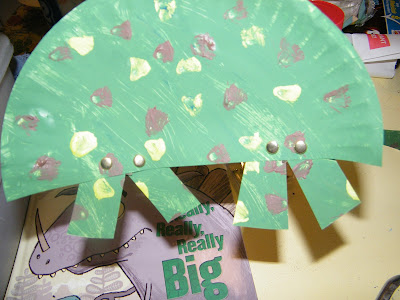 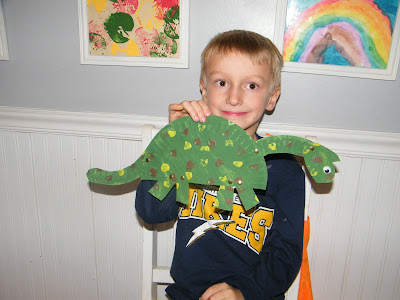 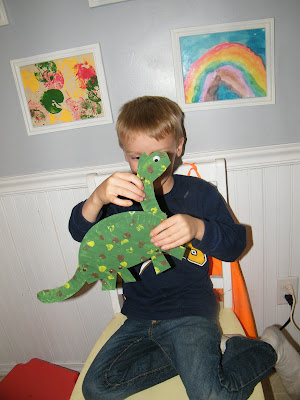 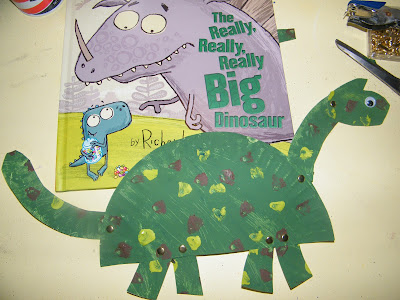 *Disclosure ~ I received a copy of this book from Tiger Tales.  The craft and my opinions herein are my own and not influenced by Tiger Tales in any way.
﻿
Posted by Charlene Juliani at 5:28 PM