This is Dinosaur and Volcano Week
We went to the library to grab some books about dinosaurs and volcanoes.
Then we went to the store to buy some plaster of paris and found some little dinosaurs for some other projects this week.  We also started making a volcano.
first up...the cupcakes 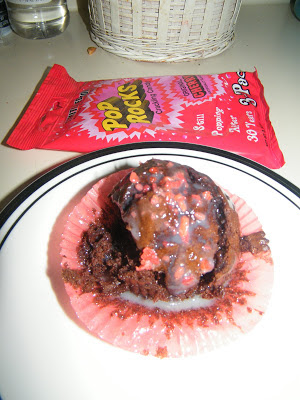 to make these volcano cupcakes
you will need the following:
I actually skipped the steps where you spray the pans and just used cupcake liners (no mess, no fuss) and we didn't use the food coloring or sprinkles, we just used the pop rocks to garnish.
Directions (according the website):
1.  Place a rack in the center of the oven and preheat the oven to 400°F. Mist 24 cupcake cups with vegetable oil spray and dust with flour. Shake out the excess flour and set the pans aside.
2.  Have your child help you prepare the cupcake batter: Place the cake mix, water, oil, eggs, vinegar, cocoa powder, baking soda, and vanilla in a large mixing bowl. Blend with an electric mixer on low speed for 30 seconds. Stop the machine and scrape down the sides of the bowl with a rubber spatula. Increase the mixer speed to medium and beat 2 minutes more, scraping down the sides again if needed.
3.  Invite your child to spoon or scoop 1/4 cup batter into each prepared cupcake cup, filling it two thirds of the way full. (You will get between 22 and 24 cupcakes). Place the pans in the oven.
4.  Bake the cupcakes until they peak and spring back when lightly pressed with your finger, generally 11 to 13 minutes. Watch the cupcakes closely because they can burn at this high heat. Remove the pans from the oven and place them on wire racks to cool for 5 minutes. Run a dinner knife around the edges of the cupcakes, lift the cupcakes up from the bottoms of the cups using the end of the knife, and pick them out of the cups carefully with your fingertips. Place them on a wire rack to cool for 15 minutes before glazing.
5.  Meanwhile, prepare the glaze: Place the milk, sugar, and butter in a small saucepan over medium heat. Cook, stirring, until the sugar dissolves, the butter melts, and the mixture begins to come to a boil, 3 to 4 minutes. Turn off the heat and stir in the white chocolate chips until they are dissolved and the glaze is smooth.
6.  Place the cupcakes on a serving plate or place waxed paper under the baking rack to catch runoff glaze. With a serving spoon, ladle the hot glaze over the cupcakes and ask your child to immediately sprinkle them with the sugar or candy so that the colors melt into the glaze. The cupcakes are ready to serve!
*Like I said, we skipped the steps where you spray the pan and use flour....we also of course skipped where you need the knife to get them out of the tin, because we used liners.
**The reasoning behind the vinegar and baking soda is to create the peak in the middle of the cupcake making it look like a volcano erupting. 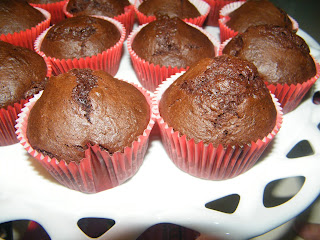 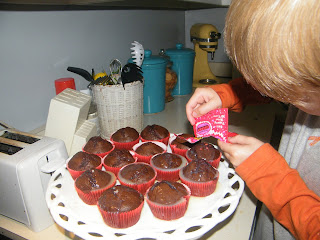 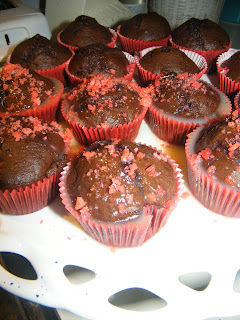 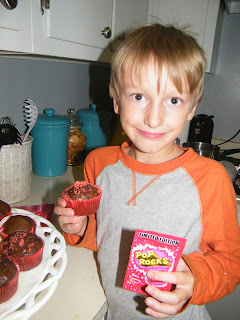 I can still hear them popping behind me...haha! 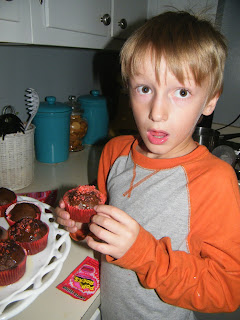 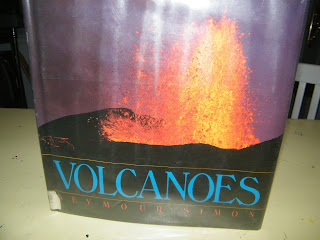 We also started building our model volcano.
We used a tomato cage and we cut the sharp bottom off
We taped the tomato cage to a large sheet of cardboard and placed a soda bottle in the middle (we cut the top part off the soda bottle to make the hole bigger). 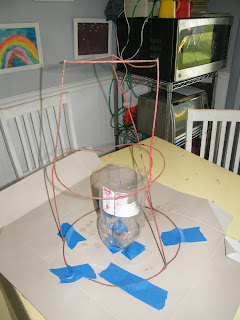 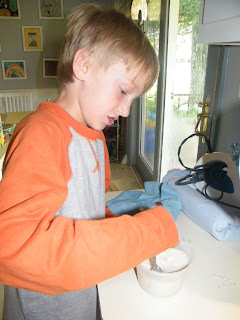 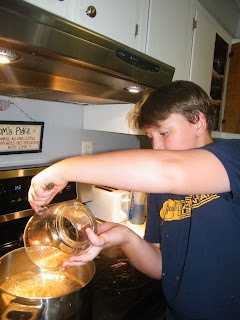 Once the water started boiling, we added the flour mixture.  We brought it to a boil for about 3 minutes stirring constantly.  We ripped up a ton of newspaper.
Once the papier mache was cooled enough, we went to work. 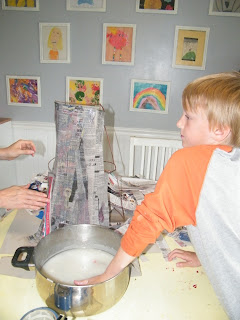 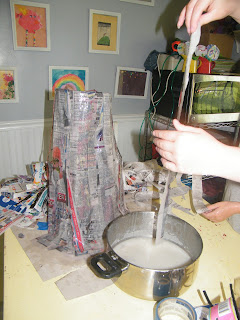 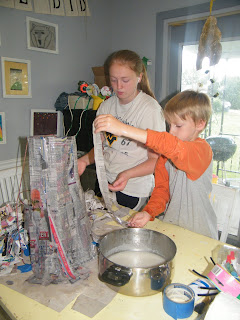 We set it aside to let it dry....tomorrow we will work on painting and decorating it. 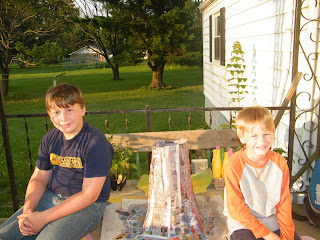 In preparation for the rest of the week, we read the book
Did Dinosaurs Eat People?
by Donna H. Bowman
this book is filled with questions and answers that kids have about dinosaurs. 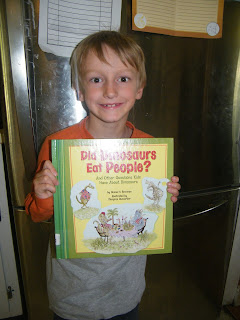 Hope you will stick around and follow our adventures this week...we are super excited about them.
And please feel free to link your own activities and crafts to our kid friendly link party
Hey Mom, Look What I Did!
﻿
Posted by Charlene Juliani at 9:44 PM