Nicholas asked to sign up for wrestling this year. I couldn't refuse, I also thought it would be the perfect outlet for him. Name an 8 year old, with three other brothers, who wouldn't love wrestling. He went to his first match Friday night. He was super excited. He sat there with his teammates and watched the other kids do their matches. 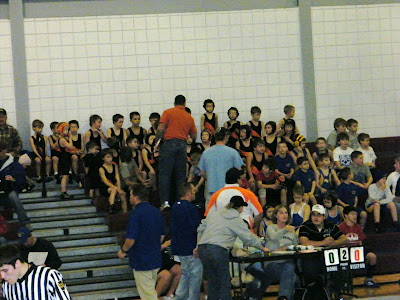 And finally it was his turn. He looked a little nervous, but also very happy and excited. I'm not sure what he expected it to be (like at practice, maybe?). He faced off his opponent with a HUGE smile on his face. 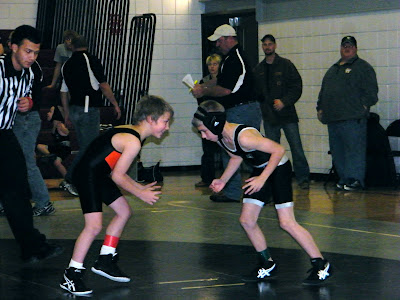 The other boy must have been wrestling longer than Nick, because he had his game face on. 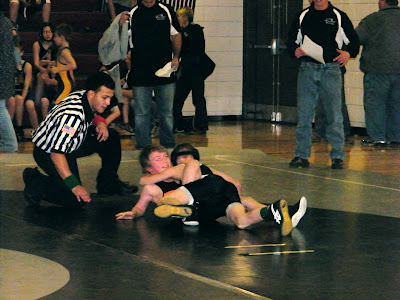 Nicholas looked a little startled at first, when the boy took him down, but that didn't last long. The smile stayed on his face the whole time. The match didn't last long and he lost, but he had a really great time....and who could ask for more. God, I LOVE my boy!! 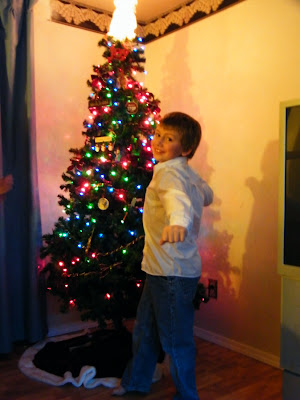 You'll get 'em next time Buddy!
Posted by Charlene Juliani at 11:41 PM

I LOVE the smile on his face. I'm so glad he had a good time. This is the reason why I'm a huge Brett Favre fan. He's always smiling and enjoying the game no matter what is going on. And when he's doing well, he's picking up players and throwing them over his shoulder.

I hope your boy is like this all the way through wrestling.

Confessions From A Work-At-Home Mom said...

What a happy child your son is! He never wiped that smile off his face, not even once. It's obvious, no matter what the athletic outcome, that he is a true winner!