What's In Your Garden? (stART project) 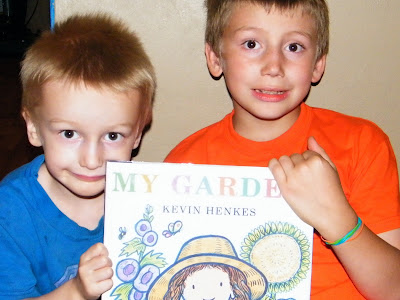 This week, we read the book My Garden by Kevin Henkes.  In the story a little girl helps her mother in the garden.  One day, she imagines all the things that she would grow in her own garden.  Everything from butterflies to jelly bean trees to seashells and buttons. 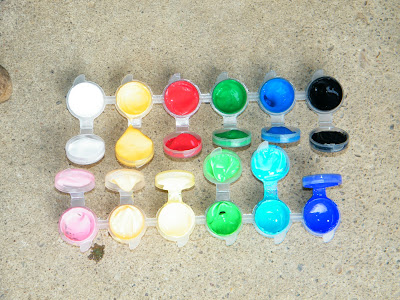 I included Nicholas in the art project, since he is no longer in school and he gets a little jealous of Nathan's craft time.  I got some banner paper that I found in Target's Dollar Spot and some paint and told the boys to paint whatever they would love to have in their own gardens. 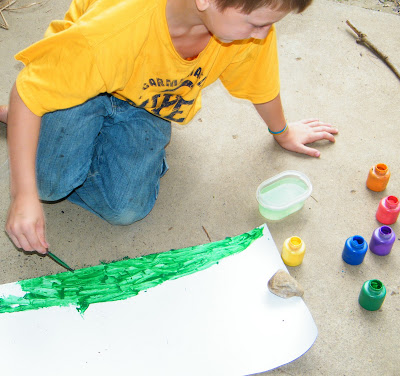 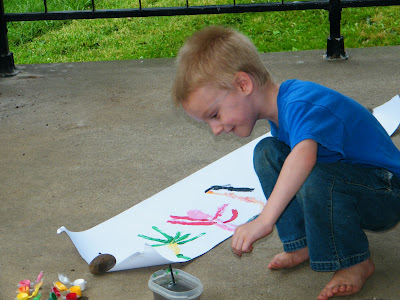 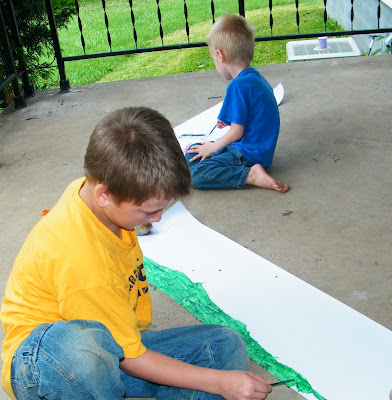 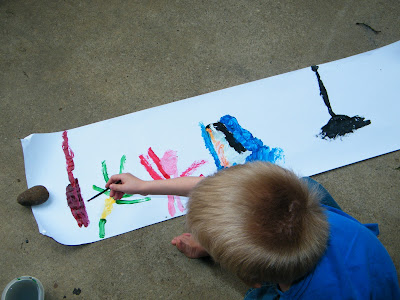 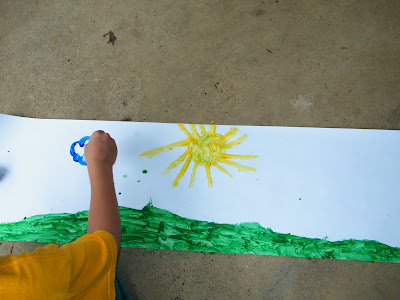 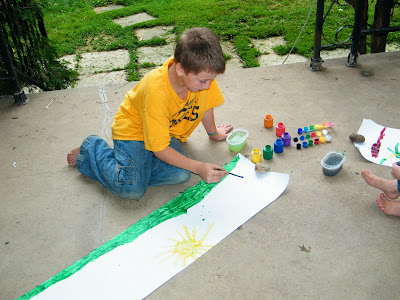 Nathan said his imagination garden had blueberries, flowers and Mommy (not sure which blob I am).  He also said he had a rainbow tree in it. 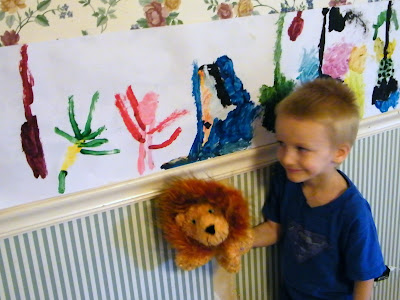 Nicholas told me that his garden had zombies in it.....Nice one, Buddy! 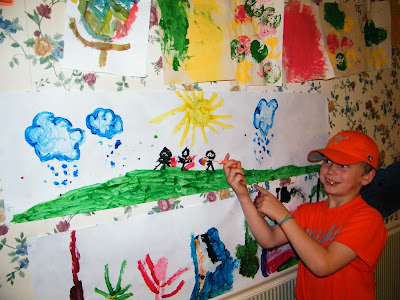 For more Great Stories and Art, Check out A Mommy's Adventures.

Posted by Charlene Juliani at 8:55 PM

So cute! Great project for that book.

How fun! We read this book a couple of weeks ago and loved it. I wanted to do a StArt on it, but my daughter wouldn't have it :) I loved the drawings your boys did.

Oh that book sounds like a lot of fun! My son especially would love to draw pictures of silly things he would put in his garden.