Our school district holds Open House every year at this time. In a way it's really nice, because you get an idea of how the kids are adjusting and getting along in their classes. But in a way, it's kind of dumb to hold it so early. Tonight was the Elementary Center's Open House and tomorrow will be the high school. We got a pretty good report from the kids' teachers. So far, I learned that Sarah was a really good girl in class, respected the rules, was in a higher reading group and was one of the teacher's better students, so far.

Zachary has been pretty good (I was alittle worried about that - maybe it was a good thing they were separated). Reading is good, but spelling is little bad. But that's mostly from his speech problems, which thankfully the teacher understands that. Nicholas is pretty good, a little talkative, but not too bad. I also stopped and talked to his reading teacher (they split the kids up for reading).

And of course I took some pictures.

Sarah with her self portrait 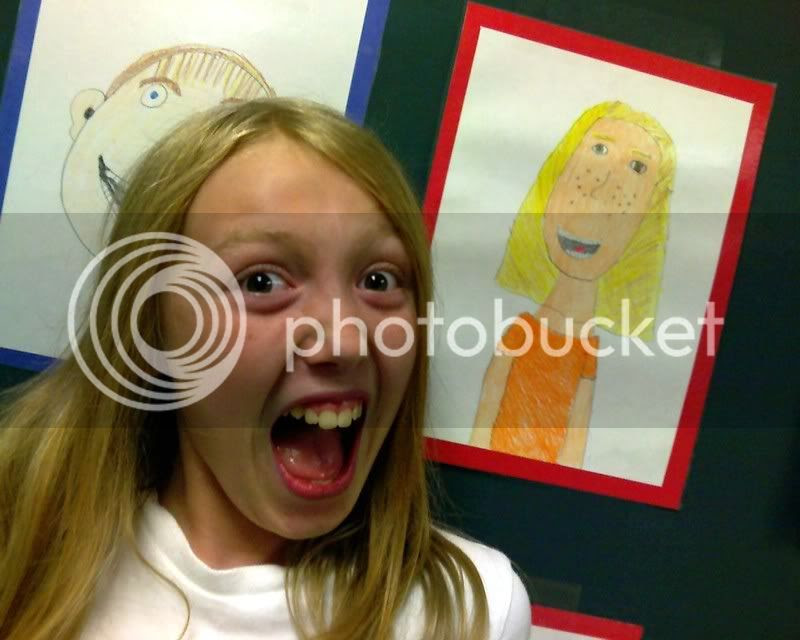 Sarah with her teacher, Mr. Donaldson (who really got into the whole picture taking thing, had Sarah sit in his seat and everything - what a cool teacher) 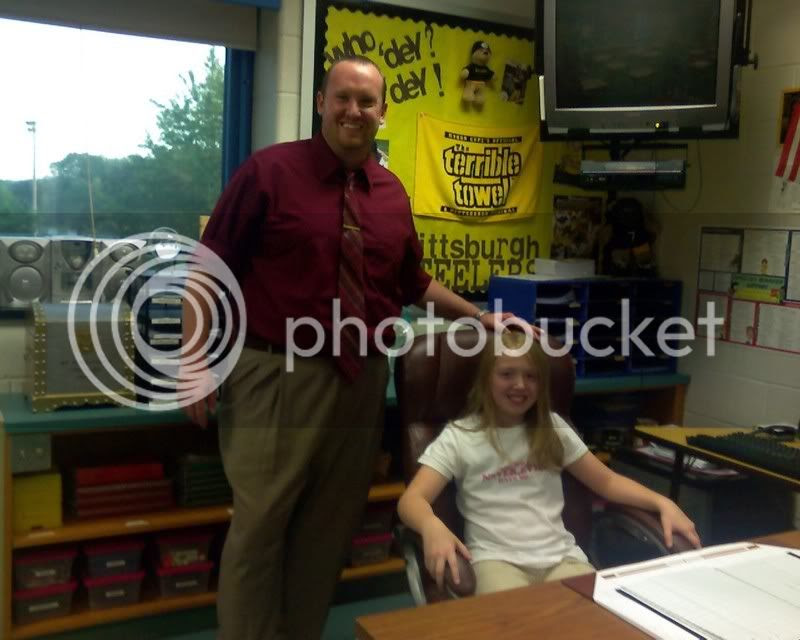 Zachary with his project 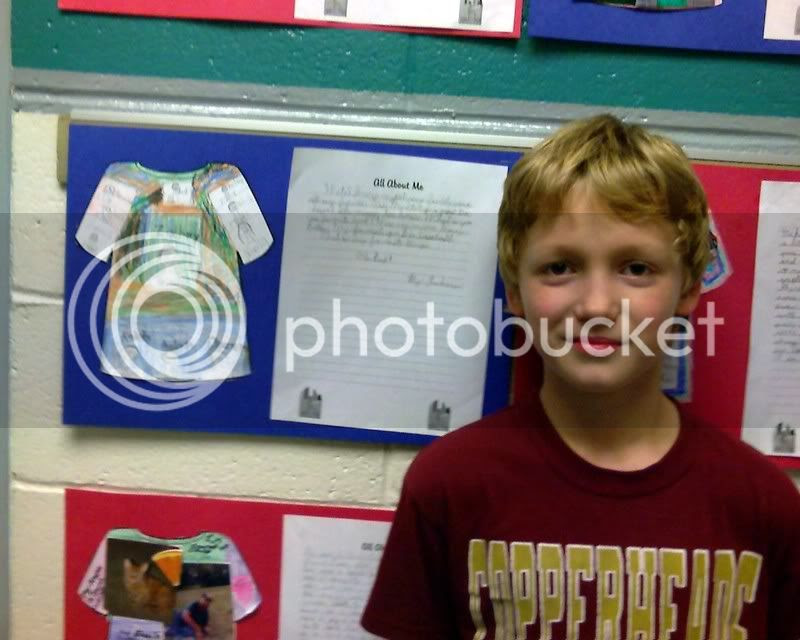 Zachary with his teacher Mrs. Mitchell who was actually the twins second grade teacher too). 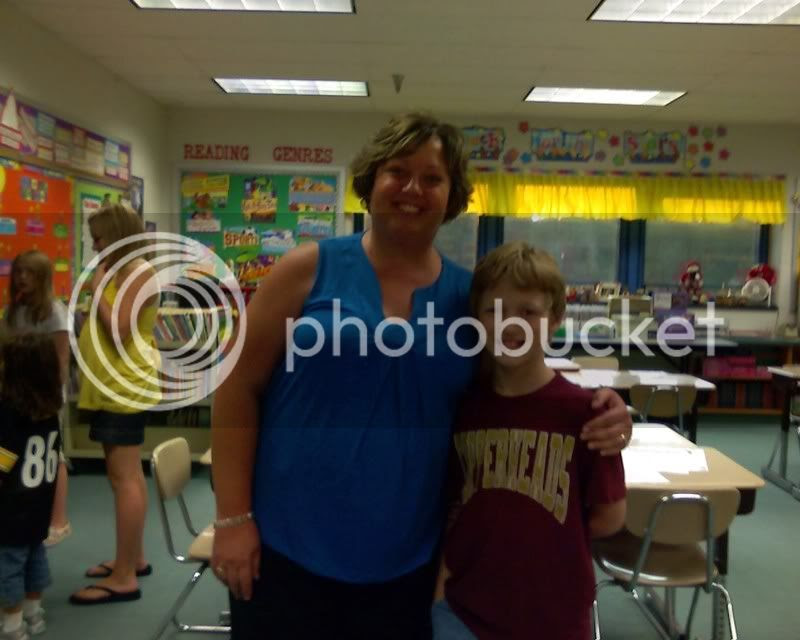 Nicholas with his teacher Mrs. May (she was actually the first person I met that has the same name as me, I still think about that when I see her.) 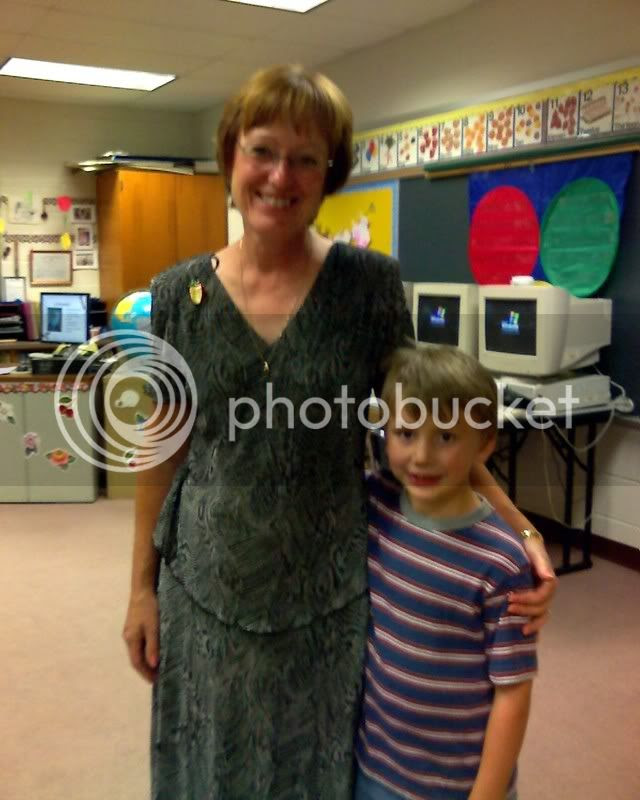 This teacher, Mrs. Schifko is the kids' favorite teacher. She is just a beautiful woman inside and out, you can really tell she loves her job. She has taught not only all of the older kids, but Rich and me as well. The kids are all rooting for her to stay and not retire until after she has the younger two as well. 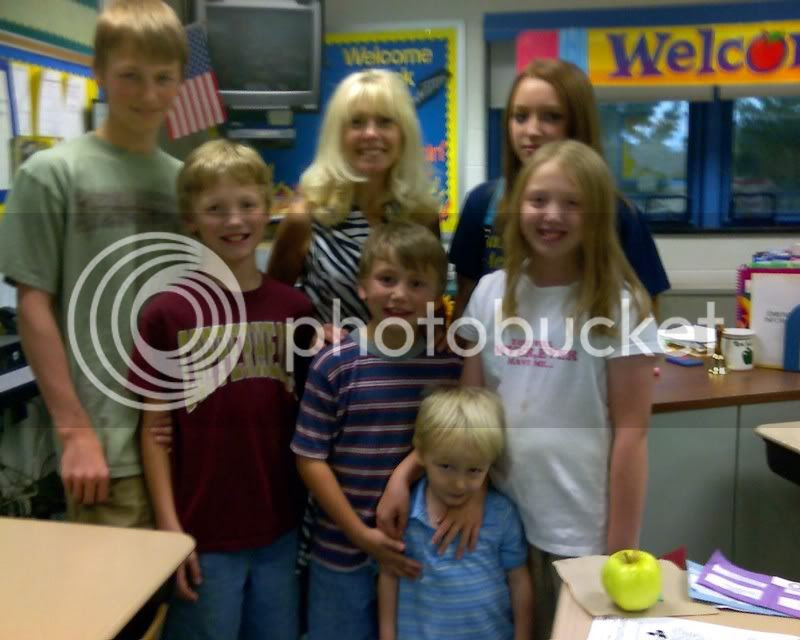 Oh, I totally just noticed that the boys look like steps when standing that way, don't they? 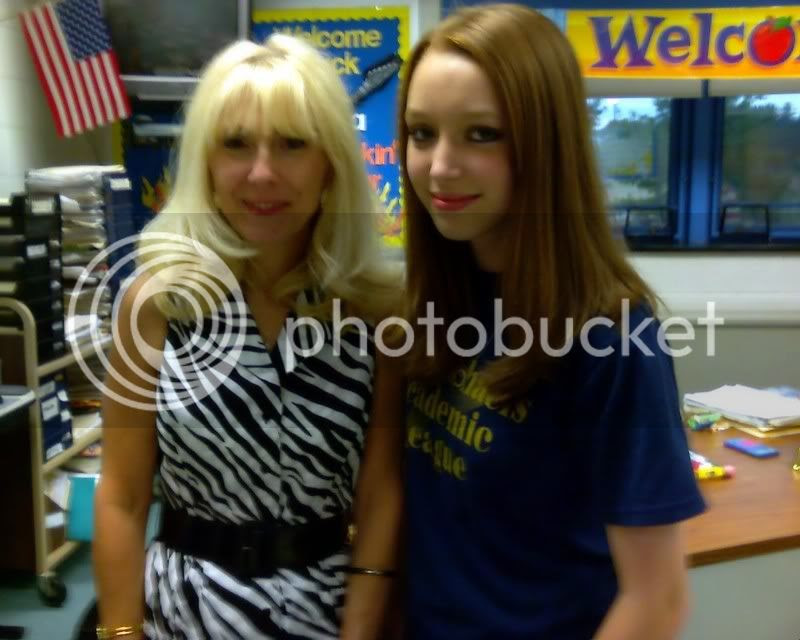 And this is what Amanda and Sarah were doing while I was talking to the teachers. 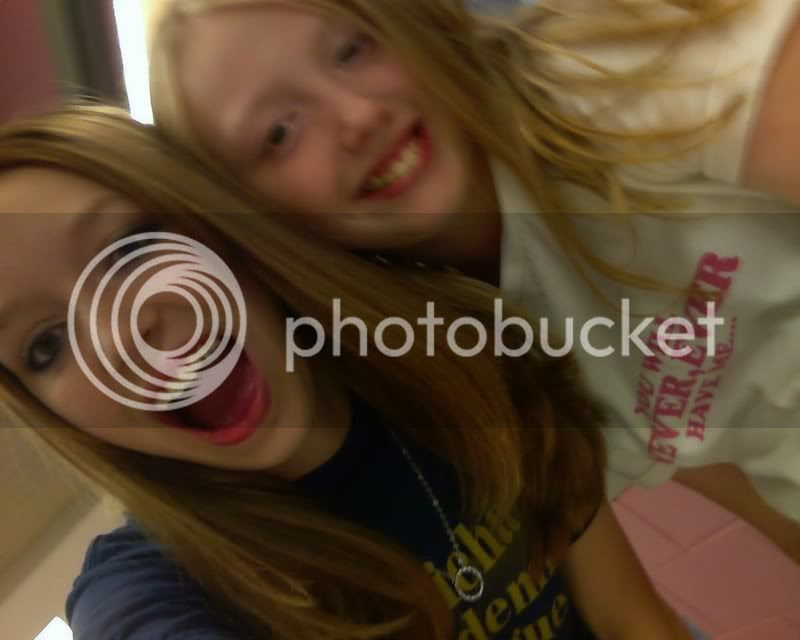 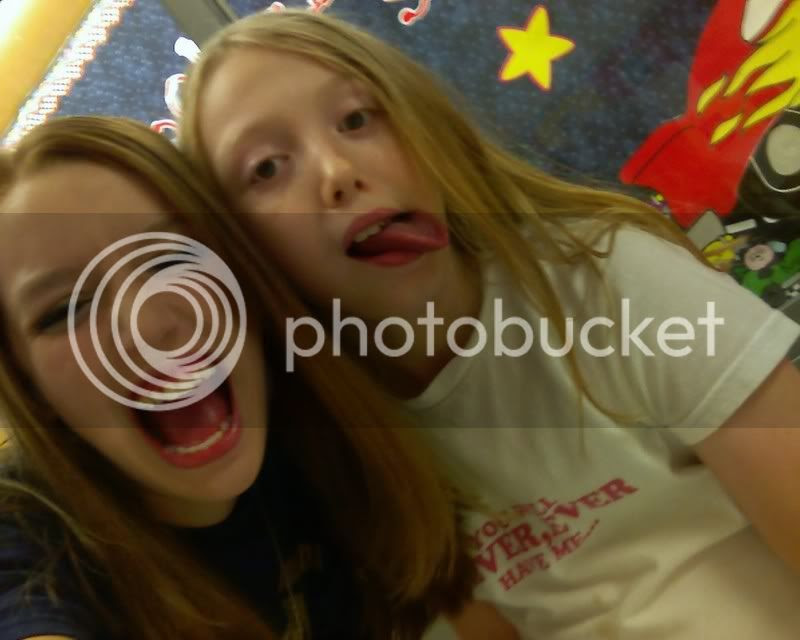 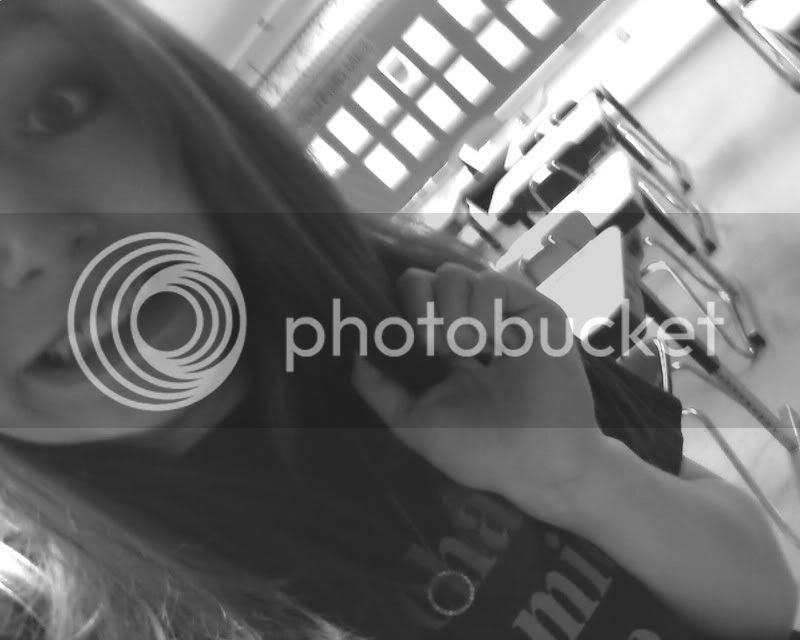 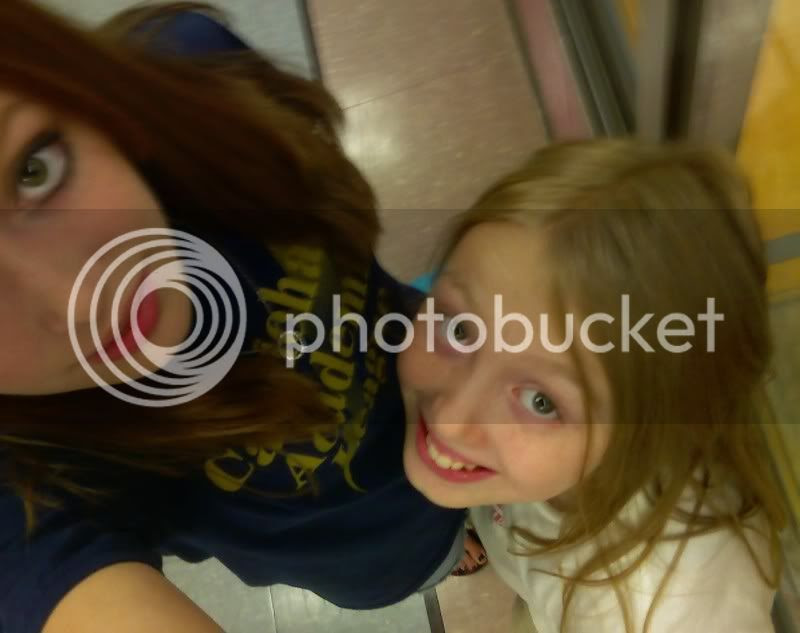 All in all, a pretty great report. Can't wait for tomorrow when we go to the high school!
Posted by Charlene Juliani at 12:09 AM

Love the self portrait!!!!

And the self photos!

Your kids seem like they have a ton of fun together... that's a good thing!

That teacher can't even be close to retirement...can she? Holy cow, she looks AWESOME. Wonder what her secret is?

The teachers all look fabulous and fun...and happy...and just perfect! I love the teacher with all the Stiller stuff...oh ya!

As do the kids...and their projects.

Hi, I'm Audrey. I found your blog through the Blog Trip Carnival. I love all the photos. I can't believe all the work the kids have done already. The self portrait is great. I so hated art in school. It's just not my thing at all.

Momster, yes she is getting ready to retire, but she does look so young. She's even more stunning in person and tiny, she is very tiny. But a very nice, sweet person!

Sheri, my kids do get along pretty great (most of the time).

So good that the kids are doing well in school. I'll have to look at this again on my home computer (I can't see the pictures from my work computer).
BTW, congratulations on winning the 365 Salad Recipes book with the Blog Trip!

I just saw that I won something. I never win anything, so I'm pretty excited!!!! Especially something that I can use!

I love all the pics!!!! Tooo cute. You have such beautiful kiddos and they all seem like great kids.