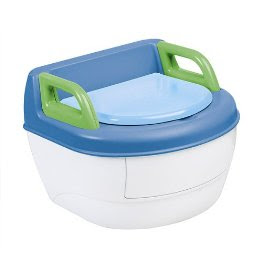 I'm so tired of poop! I'm in the middle of potty training Nathan. It's going okay as far as peeing. But, the poop thing......just isn't happening.

I made the mistake of telling him that if he pooped in the potty he would get a special toy. Then he tricked me. He pooped in his pull-ups and scooped the poop out of the pants and stuck it in the toilet. It must not have been the runny kind of poop, because he didn't have anything on his hands. So seeing the poop, I ran to my bedroom to grab a prize (a small toy - cars, helicopters, etc). He followed me and knew where I hid them (get to that later). I made a huge deal out of the poop in the potty. Who wouldn't?

The next day he did it again, only this time he had poop all over his hands (I know, so disgusting!!!). I walked into the bathroom after I realized he was in there. Oh my God! Have you ever seen the Eddie Murphy movie called Daddy Day Care? There is a scene in it where one of the kids uses the bathroom and Eddie goes and checks on him and they don't show the poop, but you get the impression that it's all over the place.

I cleaned it all up and had to explain to Nathan that he wasn't going to get a prize since he didn't actually poop in the potty. This went on the happen again and again and again, all week long! Finally, I explained to Nathan that he couldn't do that. That its gross and disgusting! That he wasn't going to get prizes for taking the poop out of his pants and putting it in the potty. That I'd rather he just poop in his pants and leave it there for me to clean up. That smearing poop all over the place because it's all over your hands is unacceptable. So he stopped. He continued to pee in the potty, but wouldn't poop in it. Okay, I'm fine with that. One step at a time, right? Once we get the pee down pat, we'll work on pooping on the potty.

Remember me saying that Nathan saw me pull out the present? Well guess what that little bugger did?

Yep, he got them all out and opened them. Apparently, he did this while I was at work. Amanda was supposed to be babysitting the other kids, but she was too busy playing on her laptop. Nice job, Amanda!

Whoever said the phrase "Terrible Twos" must not have been around when the child turned three!! In my book, two's aren't quite so bad. It's the "three's" that are killing me!!
Posted by Charlene Juliani at 12:09 PM

Sending you hugs and luck. He'll get it.

lol! I can just picture your bathroom. Good luck with the training. :)

Oh I feel for you. I just recently totally potty trained Hayden. But I still have to wipe and clean up the poop. What are we going to do?

Yuck! and Lol. I think they all do something like that.

I hope he starts going in the potty for you.

Sympathy, you have my sympathy. I've just been potty training, and I'm sick of it. lol