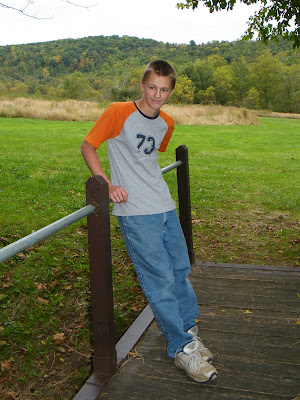 I can't believe today is my son's 16th birthday.  Anthony was bound and determined to be born on this day and I remember every detail like it was yesterday....

His birth was quick and scary as hell (not as scary as the twins, but still pretty scary).  I woke up from a dead sleep (at 2:45 a.m.) in labor.  The contractions were 3 minutes apart...I quickly woke Rich up.  He ran out to start the car and I got Amanda ready to go to my mother's house.  Soon after, we all got in the car.  It was a bad, snowy day and the roads were very icy.  Rich backed the car up and slid on ice and the car went into a ditch in front of our house, blocking in our other car.  Now with no car to get to the hospital....I started to really panic.  Rich ran to the neighbor's house (he was going to see if they could help him get the car out of the ditch), and I took Amanda back inside the house.  I grabbed my pregnancy book and flipped to the chapter on "home birth", because this boy was well on his way....

Rich came back with no luck getting the car out - this all happened in minutes, but it felt like slow motion, you know like in the movies.  He called for an ambulance.  When the ambulance arrived, I don't know what had me more terrified, going to the hospital by myself (Rich was staying behind with Amanda, waiting for a friend to come and pick him up and take Amanda to my mother's house) - or - fear that I was going to give birth in an ambulance.  I remember asking the paramedics if they ever delivered a baby before....

As we were traveling to the hospital, I overheard the driver say that he was taking me to a local hospital (there are two in our area, one about 15 mins and the other about 20-25 mins away), but it wasn't the hospital where I was supposed to go, they wanted to take me to the closer one (one that didn't deliver babies) because there wasn't enough time to get to the other one.

The ambulance pulled into the bay outside of the hospital and a nurse came out and started arguing with the paramedics.  She was telling them that they couldn't take me in there and the guys were telling her that it was either in the hospital or in the ambulance.  It was now 5 a.m.  They relented and let me in.  Then they couldn't find a doctor that delivered babies.  The only one close enough was a man that was in his 80's and had been retired, but he was close enough to get to the hospital quickly.  About 20 mins later, Rich finally made it.


As Anthony started coming, I started losing a lot of blood and my blood pressure dropped.  I remember Rich praying, asking God to take him instead of me...it was like a whisper in my ear, but I remember hearing it.  Anthony fought so hard to get out that he was born with scratches on his face and a black eye.  I gave birth to him at 5:45 a.m.....3 hours after the labor started.  Later that day, the ambulance came back and took me to the other hospital - 2 ambulance rides in 1 day - Thank God for good insurance LOL! 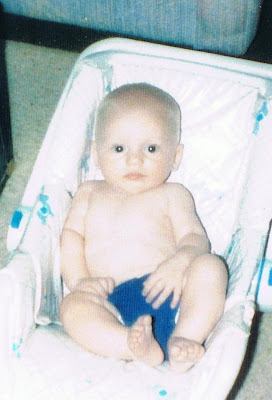 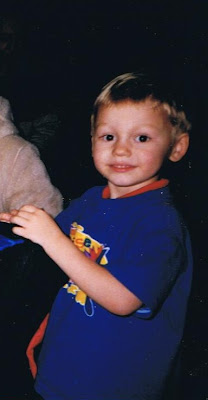 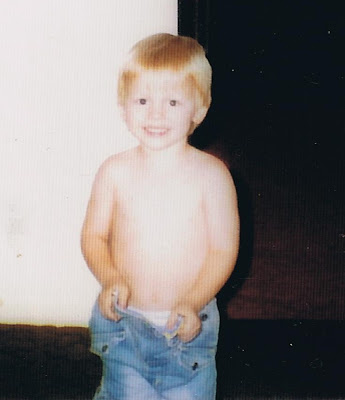 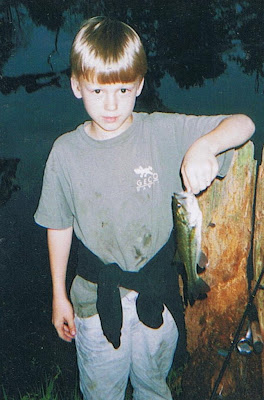 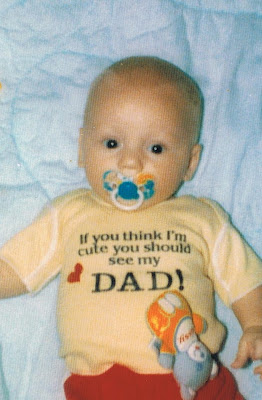 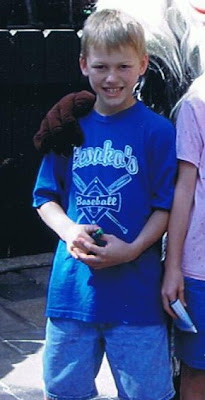 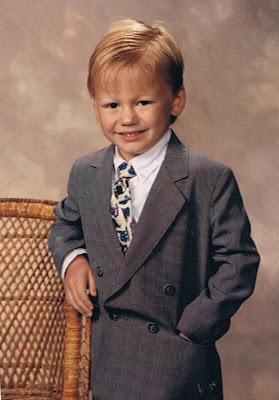 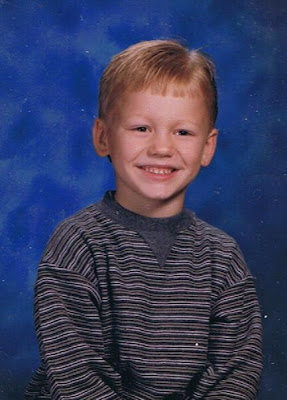 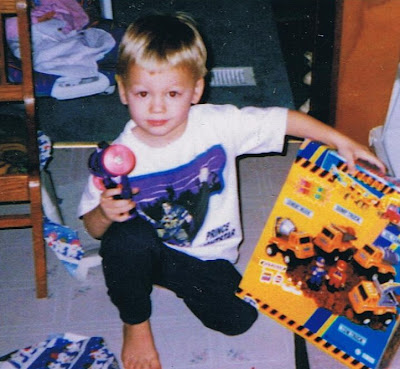 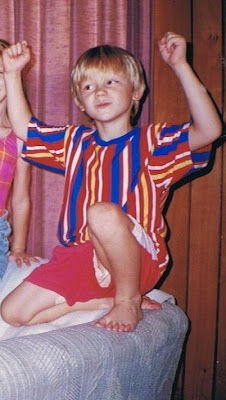 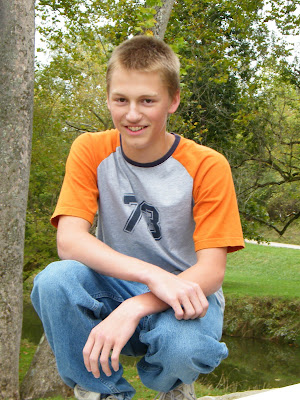 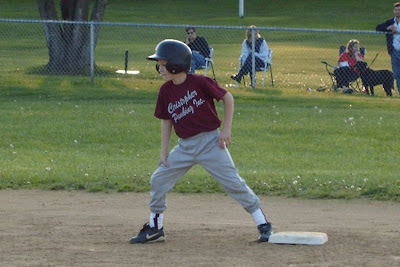 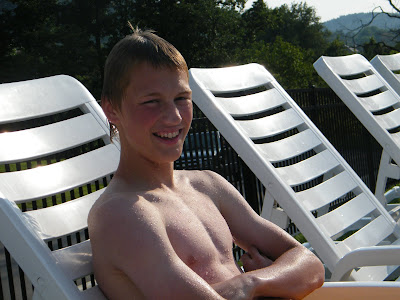 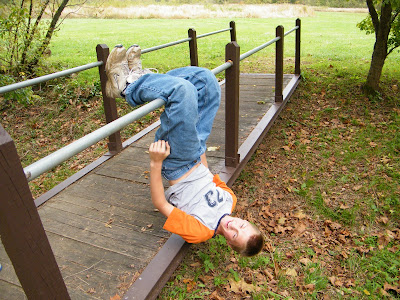 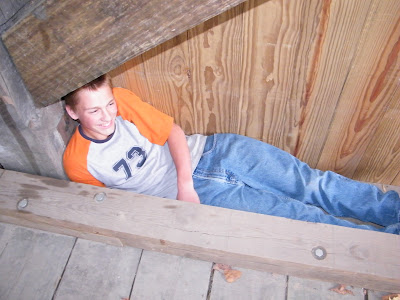 Ten Things We Love About Anthony
1. He is determined...just as he was on the day of his birth, he still shows that same determination in pretty much everything he does.

3. He is the great defender...He may pick on his siblings, but nobody else better lay a finger on them.

4. He is extremely intelligent (straight A student throughout school)

5. He shows No fear. Once when he was 3, he followed Rich up a ladder to the roof of our house. Rich was fixing the roof and turned around and there was Anthony standing there wanting to help.

6. His mind (like his father) is like an encyclopedia, you can ask him almost anything and he will know the answer.

7. He didn't crawl...he went straight to walking at 9 months old, he was determined to keep up with his big sister.

8. He loves playing games...from video to computer to board games. And he loves to win!

9. He's a saver, not a spender. He saves his allowance and the money he makes mowing grass and shoveling snow for the neighbors.

10. He is independent.  He gets up for school on his own, cooks for himself when he wants a snack (he makes a mean grilled cheese sandwich), walks to his friends' houses, etc.

Stopping by from SITS to say HI!
Following you!
Please stop by:
http://extremepersonalmeasures.blogspot.com

What a compelling story. So glad everything worked out so well and that he is turning into a fine young man.

What a way to enter this world.

Look at him now, what a handsome young man he turned out to be.

Oh what a cutie! Happy Birthday 16 year old! I love the picture of him in his little suit!!!! They grow too fast.

Enjoy the day,
Alex aka Ma What's For Dinner?
www.mawhats4dinner.com

Happy Birthday Anthony! Sounds like quite a time on his birth day!