Never did share the baseball pictures that were professionally done this year, did I? The photographer takes a team picture of the kids sitting nicely. Which is really hard to do, getting around 12-15 kids to sit still and look in the same direction. So he takes a "silly" picture as an added bonus to let the kids get the energy out. And this year he gave all the parents who purchased pictures, the silly picture for free. I thought that was pretty cool.

I always get Sarah and Zachary's picture taken together. This is before Sarah got her hair cut. 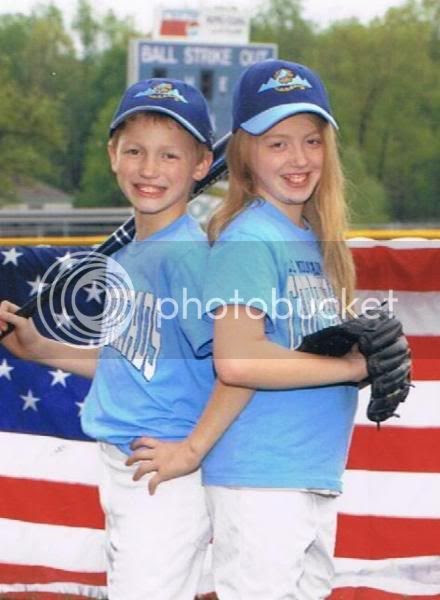 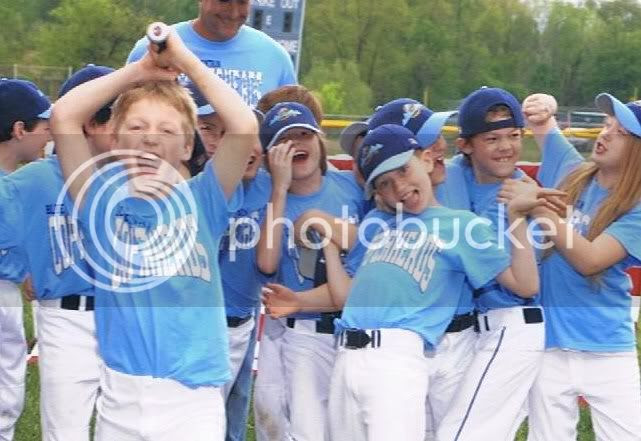 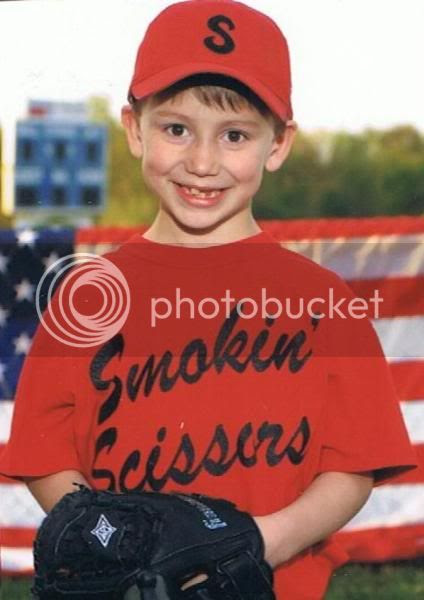 And the silly one. He didn't know how to be silly in the picture (I know, how weird, considering...). The photographer had to turn Nick's hat sideways. And then Nicholas just stood there and smiled (he looks exactly the same in the other group one as this one, just his hat is turned LOL). 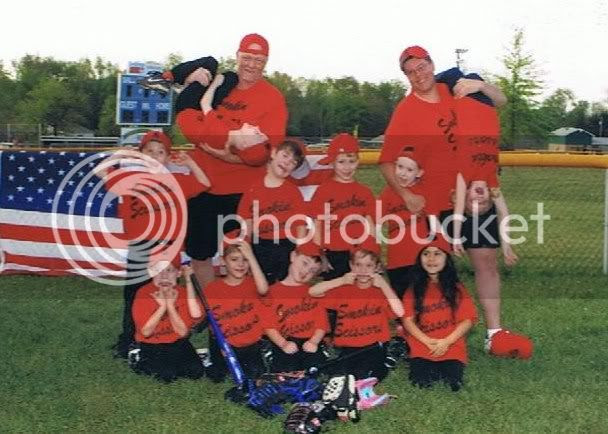 Posted by Charlene Juliani at 2:56 PM

Those are great! I love the silly ones!!