On Saturday August 23, our little town had a big parade. The parade is the grand finale of Coal Show Week. Every year in late August, our town has this week long celebration. I know you what you are thinking, you celebrate coal? Yes we do, in a way. Marching or being in the parade is sort of like a rite of passage in this town. At some point in your life, you have probably marched, walked, ridden or driven through the parade if you live in this area. 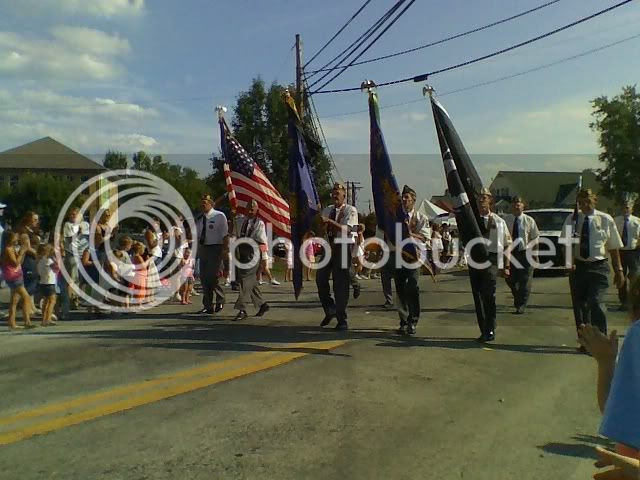 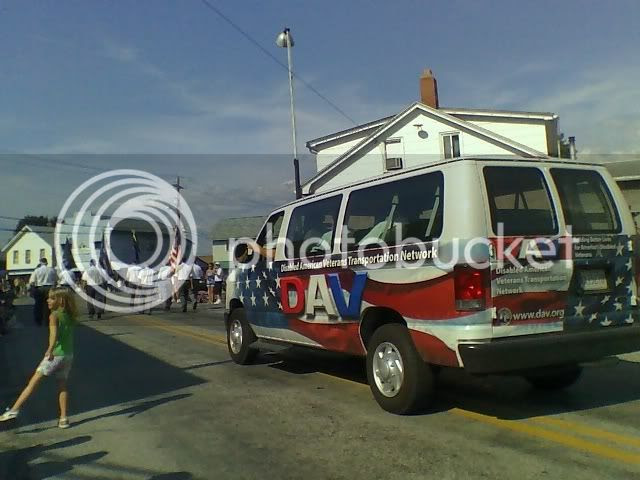 (The start of the parade, Our veterans)

At the beginning of the parade, they have an antique car parade. It is now a memorial to the man who first started the car show parade many years ago. My father was good friends with him. I remember that Mr. W had quite a few antique cars. And one year, my father drove one in the parade. We got to ride in it. It was fun. But very hot inside that old car. There are marching bands, veterans, police cars, fire engines, cheerleaders, winning sports teams, coal queen representives, coal queen float, and many more fun and interesting things. Back when I was a kid, I remember there was a float that had square dancers dancing while the float went through the parade. People come from all over to watch the parade or participate in it. 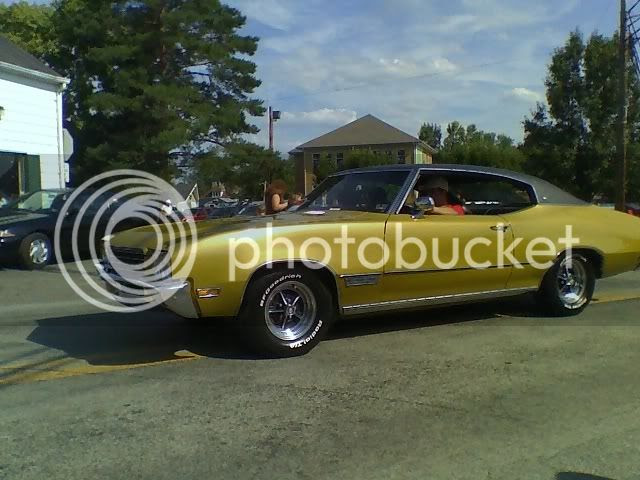 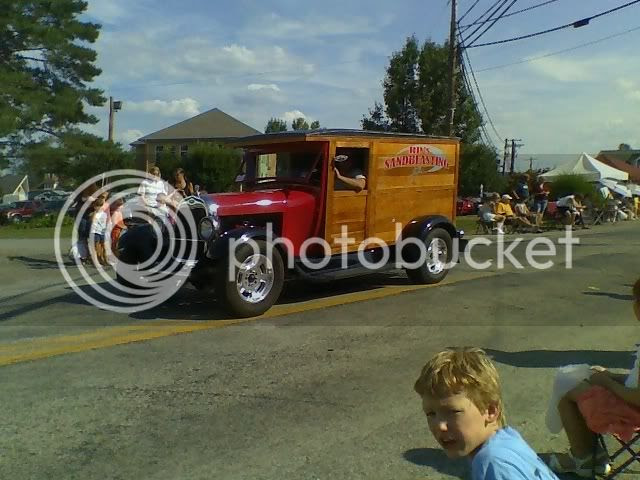 This was Amanda and Anthony's first year to march in the parade with their high school band. They were very excited. I tried to get some pictures but they were marching by too quickly for me to get any. I actually got one of Amanda and that was it. I was yelling and screaming so loud, because I'm just so proud of my kids. My brother Jimmy and his wife Kristen came and sat with us. Also, my brother Charlie and his wife Amy and daughter Paige came. We had a lot of fun. It was a nice day. The kids got lots of candy. Nicholas got to meet his new teacher a few days early, because we sat next to her. 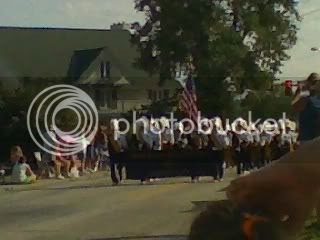 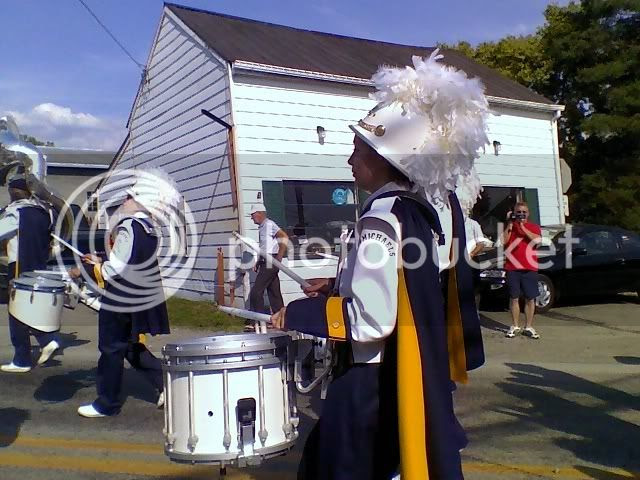 (The parade coming down the street; the one and only one I got of the kids - Amanda)

We even yelled for Amanda's friend who was riding on a fire truck and Kristen's step dad who also rode on a different town's fire truck. Sarah got to see her friend Brenna, who lives down the street and is a little cheerleader. I think we just yelled and screamed about everything. 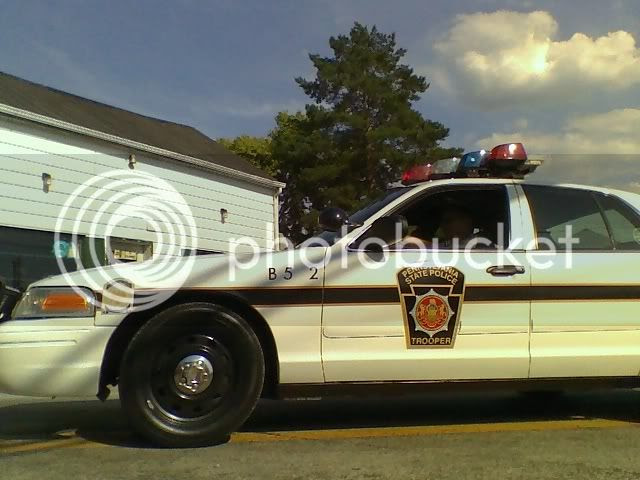 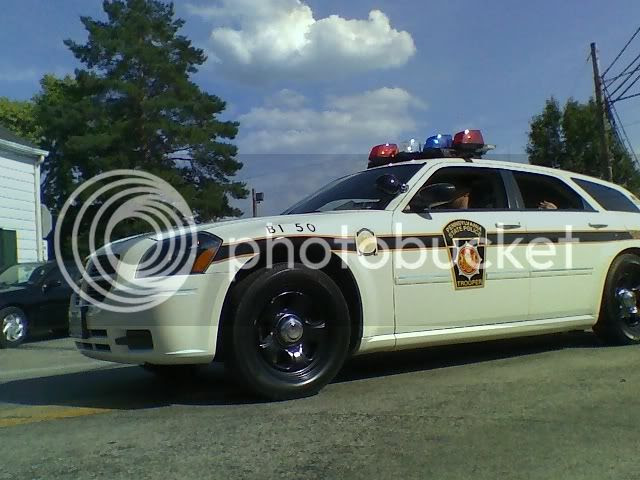 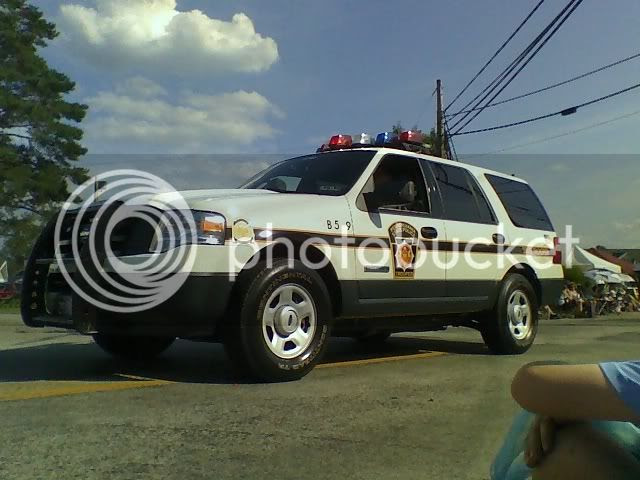 (Our tax dollars, put to good use) 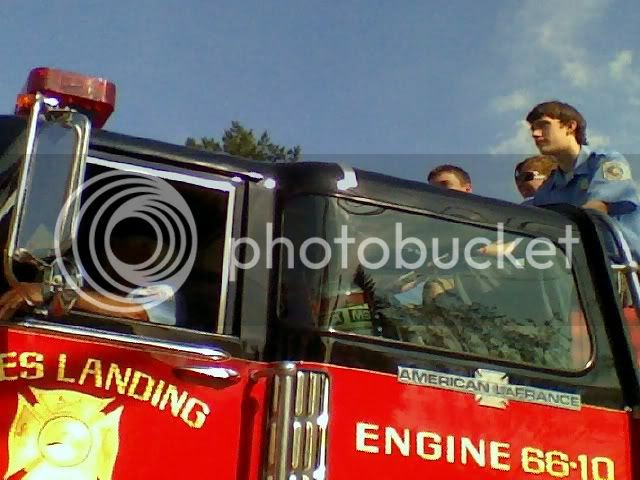 (Amanda's friend, Amanda in the middle on top of the fire truck) 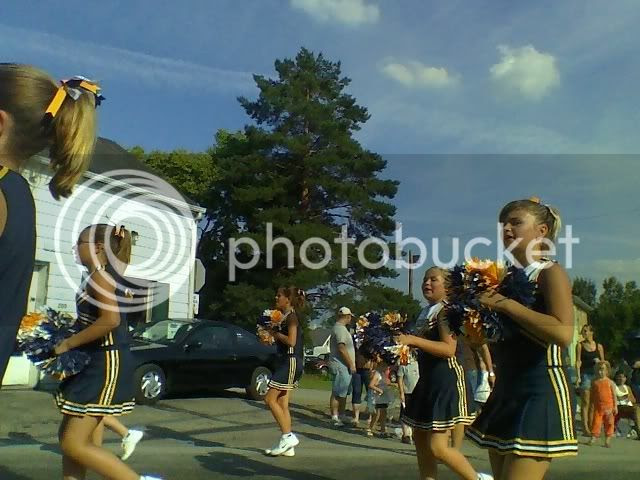 I was later told by Amanda that I was a pretty cool mom. I guess it was because I was cheering them on. Even Amanda's friend, Amanda said she loved me and the kids because we were cheering for her too. I think it made her feel good to know that so many of us were there to show our support of both her and Anthony. I've already had my sister and brothers asking me for a football schedule so they can watch the half time show. That's so sweet and nice of them. And of course, they all offered to buy the pizzas that Amanda and Anthony were selling for the band too. Jodi, you are going to get hit up by them soon ;) And the best part of the day - was Anthony gave me a hug!! I don't know why its so hard for teenage boys to show love for the parents, especially their mothers. I said before on this blog that I was lucky if I got a hug on Mother's Day or my birthday from him. Saturday, I didn't even have to ask, he just walked up to me and gave me a hug. Melts my heart!
Posted by Charlene Juliani at 10:25 AM