Nathan is Sharing Some of His Favorite Crafts Ever Today

Nathan wanted to share some of his favorite art projects with everyone today.
On his birthday when I asked him what his favorite things to do were, craft time was his number one...followed by playing with the wii...playing with friends....reading books and eating cupcakes.  I asked him what some of his favorite projects were and he ran to the computer and said "Show me them on your blog and I'll tell you." haha
Here are his picks for favorite arts and crafts (click on the craft title for the link to the project).....
Huge Wall Whale 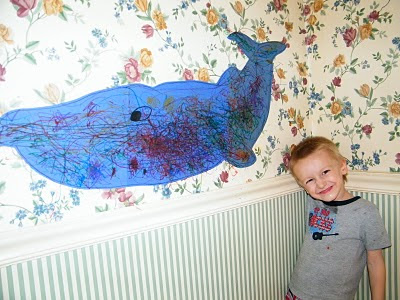 The project was inspired by the book I'm The Best Artist in The Ocean by Kevin Sherry.
Toilet Paper Tube Snake 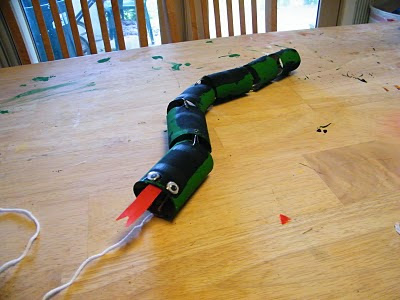 This was a project we did, while practicing our ABC's (SSsss Snakes).  I'm sure there is perfect book that could go with this craft, even though we didn't use one.
Rainbow Windsocks 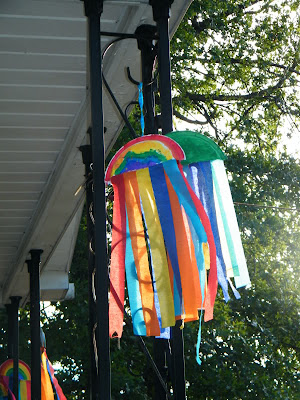 This one wasn't inspired by a book either, I just saw another blogger post the craft and thought my kids would love doing it too (and of course, they did).
Pirate Adventure 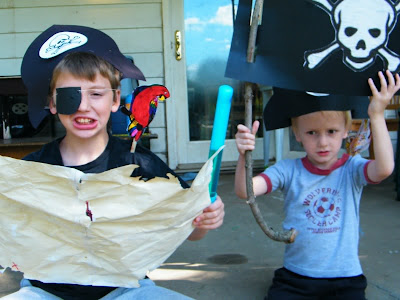 This adventurous day was inspired by the books I Love My Pirate Papa by Laura Leuck and Don't Mention Pirates by Sarah McConnell.
We did many fun activities for this project.  A treasure map, followed by a treasure hunt...made our own pirate flag...parrot pets...pirate hat, etc.  The boys loved this idea so much that we have actually done it several times since (including recently as a theme for Nathan's birthday party).
Sunflowers and Cardinals 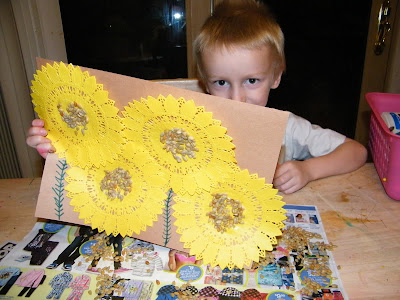 The crafts were inspired by two books called Sunflower House by Eve Bunting and Cardinal and Sunflower by James Preller.  These little projects have since developed into other fun ideas that we will be sharing soon.  The boys also planted sunflower seeds this summer as their own attempt of a "sunflower house".
FYI...The Dollar Tree is selling the yellow doiles again in their autumn/fall section {{wink wink}}
Puffy Paint Clouds 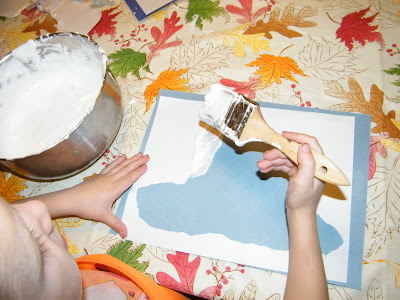 This craft was inspired by the book Little Cloud by Eric Carle.
Bird Houses and Feathered Friends 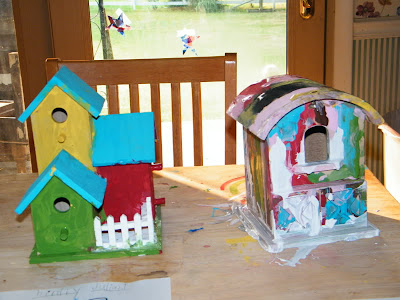 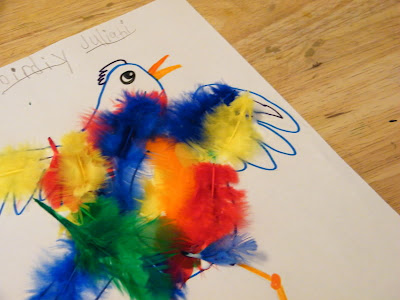 These cute projects were inspired by the books Grumpy Bird by Jeremy Tankard and A House For Birdie.
Edible Peanut Butter Playdough 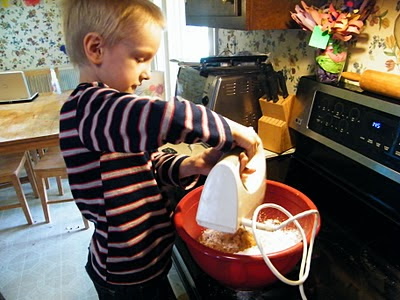 Of course, this isn't a craft per say...but, it's fun to make, play with and eat your creations when done.
Fall Scented Homemade Finger Paints (Tree with Falling Leaves) 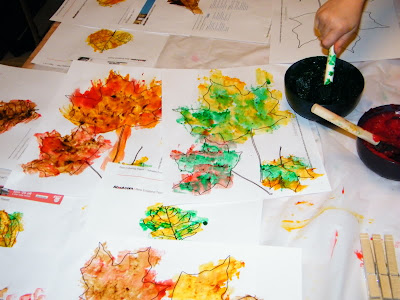 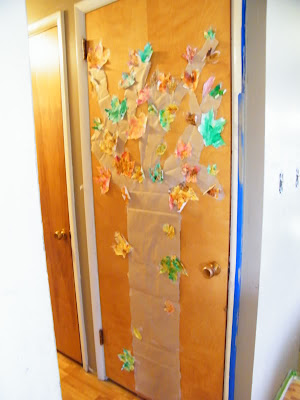 This was a fun project that had our house smelling like "fall" for weeks.
Rainbow Fish 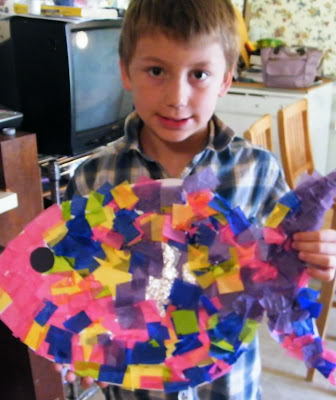 This craft was inspired by the book Rainbow Fish to the Rescue by Marcus Pfister.
And there you have it, Nathan's Top Ten Favorite Crafts.
Have some crafty fun with your little ones today, for more ideas check out the Arts and Crafts for Kids - Kids Books and Themes and some kid friendly Recipe ideas too.
Posted by Charlene Juliani at 12:45 PM

Love that he told you to pull up your bog- they know us well :)

I vote toilet paper tube snake and feathered freinds as my favs! good work my friend!

That whale craft looks awesome! My so would love doing that. Thanks for stopping by my blog :)

These books are all new to me! Thanks for the ideas. How wonderful to see all these crafts they were inspired to do. Looks like fun!

The rainbow fish was my favorite! Thanks for sharing Nathan's favorite crafts with WMCIR!

What wonderful choices! I love the whale.

Oooh what a lovely way to do a craft round up - wonderful to see what HE enjoy most! Love them all - the whale and the pirates.. but they are all fabulous!

Thank you for linking to Kids Get Crafty and sharing all these fabulous Crafts!

You all ALWAYS have some awesome projects going on! Happy Sunday!