Nicholas had a wrestling match last night. This was his third match, he really loves it. I have to admit for as boring as I find it sitting there (you all know how much I love sports, it is always nice watching my kids do "their" thing. I also have to share how proud I am of Nicholas. He really behaves himself while he is there. He doesn't run around like other kids do (he sits and watches the matches). He never throws a fit when he loses, he takes it in stride. He never boasts when he wins, just smiles to himself like it was no big deal. He shakes the other coach's hand, shakes his opponent's hand (like he was taught). He listens to his coaches. It just makes me really proud to say he's my kid.

The First Match...the one that he won. The guy in red is one of the assistant coaches. 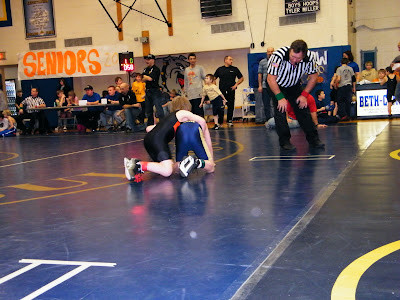 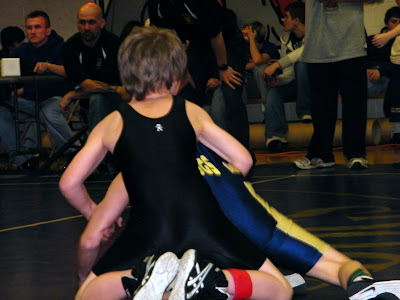 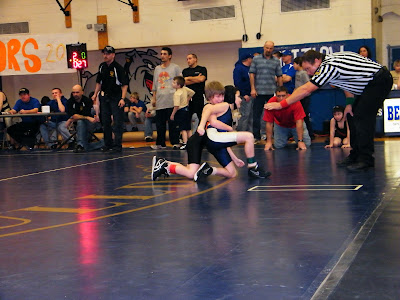 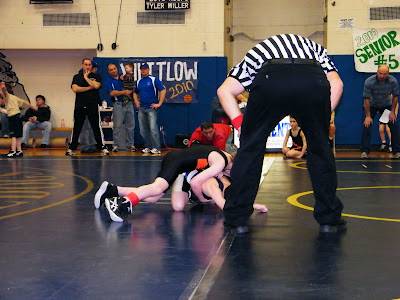 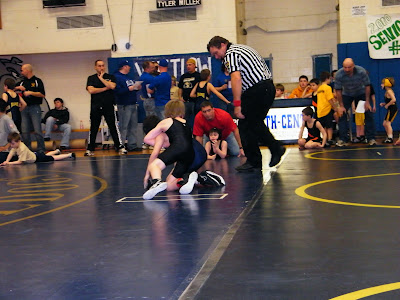 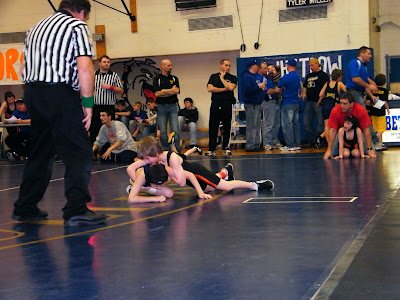 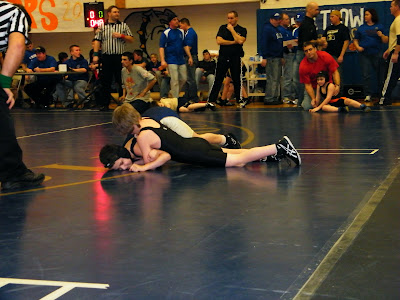 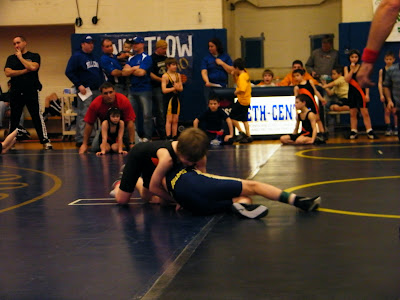 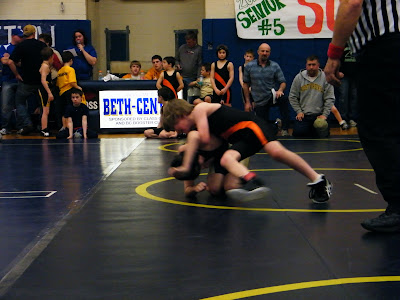 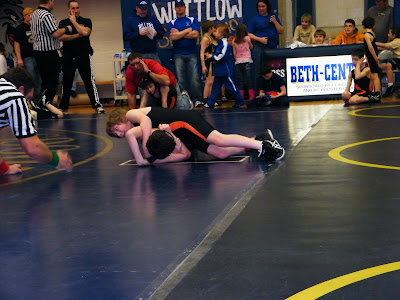 The second match, the one that he lost, but he put up a good fight. From the way people talked, during his second match and the way the other kid wrestled, it looked like he was a 2 or 3 year wrestler (Nicholas is a first year wrestler), which is probably why he lost. But, like I said, he gave it a good shot.

I didn't get as many shots, because it didn't last very long - lol poor kid! 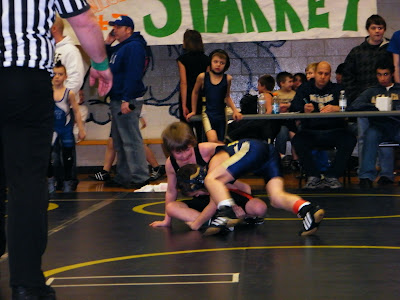 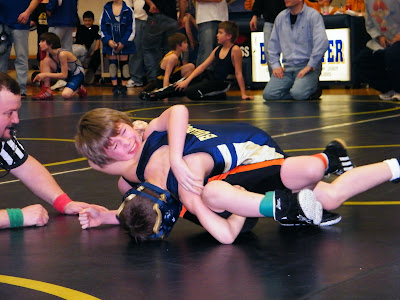 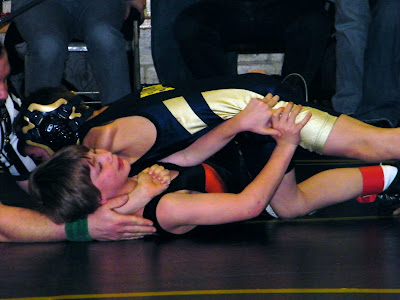 Posted by Charlene Juliani at 9:43 AM